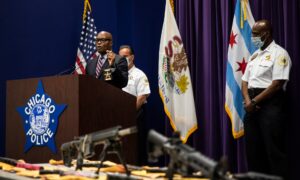 1,200 Extra Chicago Cops to Be Deployed Over July 4 Weekend
0 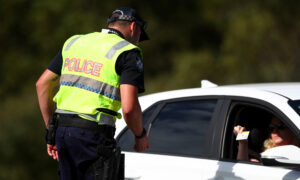 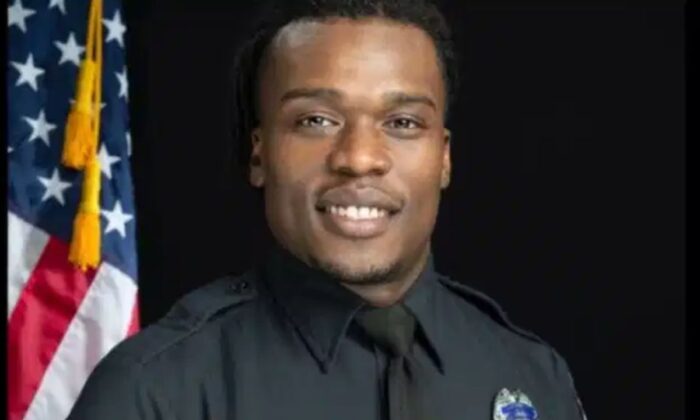 Police in Wauwatosa, Wisconsin, said a large group of protesters targeted the private home of a police officer, identified as Joseph Mensah, attacking both him and his girlfriend.

A group of between 50 and 60 people vandalized Mensah’s home near 100th Street and Vienna Street in Wauwatosa, located near Milwaukee, said the Wauwatosa Police Department in a news release. The incident occurred at around 8 p.m. on Saturday.

Mensah tried to speak with the group, according to the office. However, he “was ultimately physically assaulted outside of his home,” the office said.

When “officer Mensah retreated into his home, armed protestors approached the rear door and a single shotgun round was discharged by a member of the group into officer Mensah’s backdoor,” the release said. “The Wauwatosa Police Department received assistance in disbursing the crowd from numerous neighboring agencies.”

Officials said the investigation into the case is ongoing.

The police department wrote that the Wauwatosa Police Chief Barry Weber and other staff members met to discuss the incident.

“Steps have been taken to ensure the safety of Officer Mensah and the City of Wauwatosa community. This on-going investigation is urgent and a priority to the Wauwatosa Police Department,” the office wrote in a statement on Monday afternoon.

Mensah, meanwhile, issued a statement on Saturday, saying that “I was unarmed and was trying to defend my property, and the property of my girlfriend,” according to Fox6. “We were both assaulted, punched, and ultimately shot several times.”

He added that “a shotgun round missed me several times (sic),” without elaborating. It’s not clear if he was injured.

“The irony in all of this is that they chanted Black Lives Matter the entire time, but had zero regard for any of the Black children that live there or me, a Black man,” Mensah said on Facebook.

According to the Fox affiliate’s report, Mensah was involved in the shooting deaths of three people. Two of the shootings were ruled justified.

The Wauwatosa Common Council suspended Mensah by unanimous vote in the officer-involved shooting death of Alvin Cole in February. The case is still being reviewed.

The city’s mayor, Dennis McBride, noted that “armed protesters approached the rear door and one fired a shotgun round into his back door” in Saturday’s incident at Mensah’s home.

“In recent weeks, various groups have protested in Wauwatosa, demanding that Officer Mensah be fired. The City of Wauwatosa has always supported and protected the right to peaceful protest. Last night’s event was not a peaceful protest; it was criminal behavior. If the perpetrators of this criminal behavior are identified, they will be prosecuted to the fullest extent allowed by law,” he said.