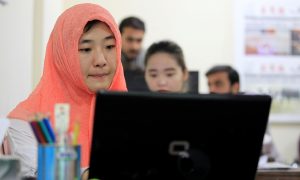 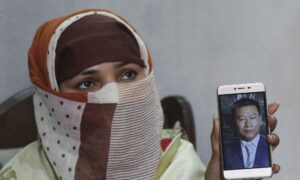 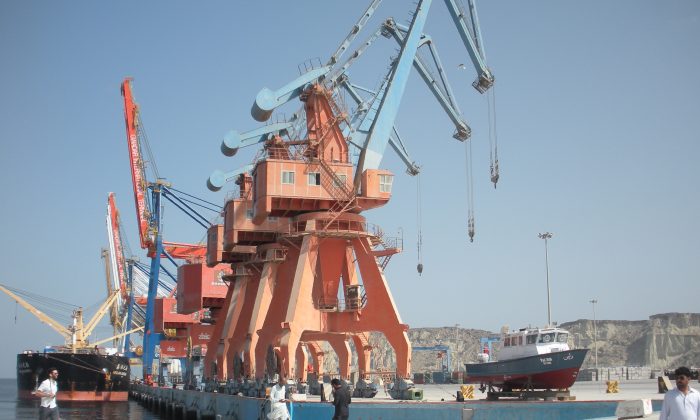 Laborers walk through the Gwadar Port in Pakistan, a multi-billion dollar infrastructure project that China has invested in as part of its Belt and Road Initiative. (Amelie Herenstein/AFP/Getty Images)
Viewpoints

Why Top Pakistani Officials Are Getting Infected With the CCP Virus

One of Pakistan’s key political figures has tested positive for the CCP virus. According to the Pakistani ministry of national health services, there are 37,218 confirmed cases of infections and 803 deaths in the country as of May 15.

As speaker of parliament, Qaiser is a powerful figure. He is a senior leader of the Pakistan Justice Movement Party (the Pakistan Tehreek-e-Insaf, or PTI). He served as the speaker of a provincial legislature from 2013 to 2018. In July 2018, PTI emerged as the single largest party in the general elections for National Assembly. In August 2018, Qaiser was elected as speaker of the National Assembly. He won the position with 176 votes out of a total of 330 votes. PTI was founded in 1996 by former international cricket captain, Imran Khan, who is the current prime minister of Pakistan.

After winning the seat, Qaiser met Chinese ambassador Yao Jing on Aug. 27, 2018. During the meeting, Qaiser said that the two countries would work on deepening economic relations. Speaking at the China-Pakistan Economic Corridor (CPEC), Qaiser said that the project promises opportunities for the entire region and the Pakistani government would fully support its implementation. In response, Yao said China values its relations with Pakistan and wants to assist in developing the entire region.

On Sept. 9, 2018, Qaiser met with China’s Foreign Minister Wang Yi to strengthen bilateral relations. Referring to the CPEC, Qaiser said the project was a “game-changer” for regional development, and only made possible through mutual cooperation between Pakistan and China.

On Feb. 12, amid the COVID-19 outbreak in China, Qaiser said, “the government and people of Pakistan will be standing with China and will provide all our support in these difficult times.” However, when Pakistan was hit by the pandemic, China, which had previously promised to send high quality N-95 masks to the country, instead sent masks made out of underwear, Pakistani media reported. A news anchor of a Pakistani channel said in a local dialect, “China conned us.” She explained that the Sindh provincial government sent the masks to hospitals without checking their quality.

The Chinese regime’s mouthpiece Xinhua said that Pakistan and China were “true friends and good brothers.” But the regime chose to honor its so-called “all-weather strategic partnership” with underwear masks.

Looking back in history, CCP-Pakistani bilateral relations have been strong since both have border conflicts with India. The CCP and Pakistan developed a relationship as early as the 1960s. In 1970, the Pakistani government began to play the role of facilitator, leading ultimately to a secret meeting between then-U.S. national security adviser Henry Kissinger and the Chinese leadership in Beijing in 1971. Then, Pakistan supported China’s membership in the United Nations, and took China’s side during diplomatic rows with other countries such as the United States, Japan, Taiwan, among others.

In May 2017, Pakistan and China signed a $50 billion agreement that included full funding for the Diamer Basha dam and four other dams in the Indus River Cascade. Under the CPEC, construction of roads connecting Xinjiang in western China and Pakistan’s port city of Gwadar was promoted. In December 2017, Pakistan also agreed to accelerate the construction of nine industrial parks as part of the CPEC.

On Jan. 2, 2018, Pakistan’s central bank allowed the Chinese yuan to be used for bilateral trade and investment activities, replacing the U.S. dollar for transactions in CPEC projects.

In June 2018, the Pakistan Navy confirmed its contract to acquire two Type 054A frigates from China.

These active bilateral relations with the Communist regime have pushed Pakistan into a debt trap. In July 2018, the State Bank of Pakistan borrowed $2 billion from China. Chinese loans to Pakistan stood at $6.5 billion in the fiscal year of 2018.

Maintaining “all-weather” diplomatic relations with the Communist regime may sound attractive, but speaker Qaiser and other Pakistani officials ended up contracting the CCP virus, a pathogen originating from China. The question is: did Pakistani officials learn any lessons from this?