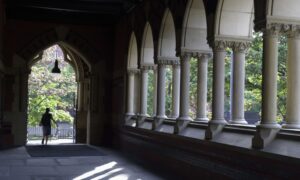 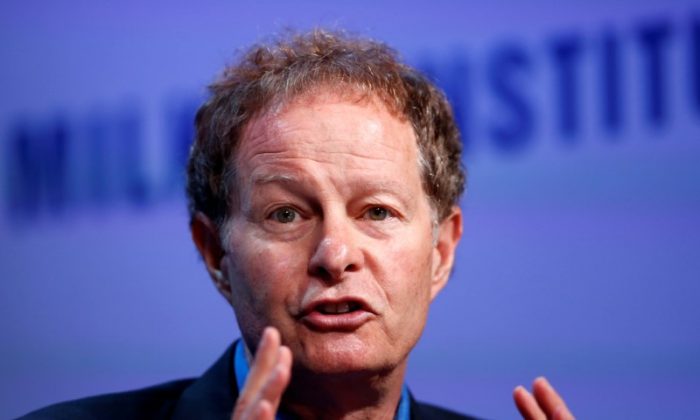 Whole Foods founder and CEO John Mackey told the American Enterprise Institute in a livestreamed interview on Tuesday that socialism is a failed system that “impoverishes everything” and characterized it as “trickle-up poverty.”

Mackey, who co-authored the book “Conscious Capitalism,” said that “socialism has been tried 42 times in the last 100 years, and 42 failures. It doesn’t work, it’s the wrong way. We have to keep capitalism.”

While acknowledging criticisms of capitalism as a mechanism that sometimes can be captured by special interests, be overly materialistic, and appear indifferent to the plight of those who don’t succeed, he said the alternative of socialism is far worse.

“It needs to evolve,” he said of the current state of capitalism, adding, “otherwise the socialists are going to take over—that’s how I see it, and that’s the path of poverty.”

“They talk about trickle-down wealth,” he said of a key argument made by advocates of a free-market arrangement that establishes incentives that lead to better outcomes for everyone, adding, “but socialism is trickle up poverty. It just impoverishes everything.”

He argued for the adoption of what he called “conscious capitalism,” which he defined as capitalism that takes into account “higher purpose, human flourishing, and [is] done in a very conscious way.”

Mackey added that “we have to recognize that some of the progressive insights are important and they shouldn’t go away, but we can’t throw out capitalism and replace it with socialism, that will be a disaster.”

In a separate interview on the Joe Rogan podcast, Mackey acknowledged that under capitalism there can be unfavorable “externalities,” such as environmental pollution, but argued that these are not a hallmark of capitalism, which he said has actually allowed for innovation to fix such problems.

“Historically, socialism has been a far worse polluter than capitalist countries. If you just look at the environmental destruction that the Soviet Union left behind, it was a complete disaster,” he said.

He called socialism a “type of utopianism” that seeks to change human nature and, as such, it is doomed to failure.

“The metaphors that we use to think about society tend to be very binary, good versus evil, light versus darkness, win versus lose,” he said. “And so they tend to think of business as a win-lose game—somebody wins, and somebody else is losing. But the beauty of capitalism is it’s a win-win-win game.”

He argued that customers win, because they’re getting products and services they want, “and there’s competition to make those services and products better.” Employees win, he said, because they have a source of income and are free to change jobs rather than be forced to work in a particular company or occupation, or engage in forced labor on behalf of the regime, as has historically often been the case in socialist or communist systems.

Investors and suppliers win, he said, as they engage in free exchange with businesses for their benefit or make investments that generate profit.

“And the larger society is winning, because business is the engine that creates all the money that goes into nonprofits and governments,” he said. “So business is a win-win game—all of these stakeholders are winning. And that’s why capitalism lifts society up.”

“Socialism is an attempt to reverse that back to a win-lose game,” he said, adding, “And that’s why it always fails.”