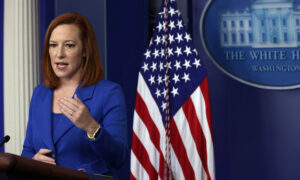 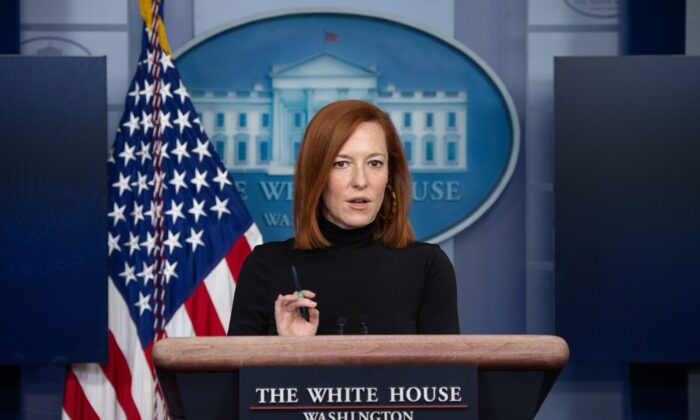 White House press secretary Jen Psaki said National Institute of Allergy and Infectious Diseases (NIAID) director Anthony Fauci is an “undeniable asset” amid the COVID-19 pandemic, coming after thousands of emails were released this week that provided criticism that he knew more than he let on.

“He’s been an undeniable asset in our country’s pandemic response,” Psaki told reporters on Thursday during a press briefing at the White House.

Psaki declined to speak about several of Fauci’s emails when asked.

“It’s obviously not that advantageous for me to relitigate the substance of emails from 17 months ago,” she told reporters.

The emails were obtained by several news outlets via a Freedom of Information Act request this week.

In one email that is now the source of criticism, Fauci wrote about protective masks.

“Masks are really for infected people to prevent them from spreading infection to people who are not infected rather than protecting uninfected people from acquiring infection. The typical mask you buy in the drug store is not really effective in keeping out virus, which is small enough to pass through material,” Fauci wrote in February 2020. “I do not recommend that you wear a mask.”

Another email came to Fauci from EcoHealth director Peter Daszak, whose group received hundreds of thousands of dollars from NIAID that it used to fund research at the Wuhan Institute of Virology in Wuhan, China, which has increasingly been pointed to as a possible source of the COVID-19 pandemic.

“I just wanted to say a personal thank you on behalf of our staff and collaborators, for publicly standing up and stating that the scientific evidence supports a natural origin for COVID-19 from a bat-to-human spillover, not a lab release from the Wuhan Institute of Virology,” Daszak said in an email after Fauci made a media appearance disputing the theory the CCP (Chinese Communist Party) virus emerged from the lab. Fauci replied,  “Many thanks for your kind note.”

Fauci has categorically denied that his agency was involved in “gain of function” research on bacteria and viruses. On Thursday, he told MSNBC that he “can’t guarantee everything that is going on in the Wuhan lab” and said his emails were “more trying to get the right information, to try and get the right data.”

Speaking to CNN on Thursday, Fauci was asked about his email to Daszak—who has strongly denied the Wuhan lab leak theory—and said it’s “nonsense” that he intentionally attempted to downplay the theory last year.

“I have always said, and will say today … I still believe the most likely origin is from an animal species to a human, but I keep an absolutely open mind, that if there may be other origins of that there may be another reason, it could have been a lab leak,” he continued.

Several Republicans, in the meantime, have demanded that unredacted emails from Fauci be released while saying he should testify in Congress.