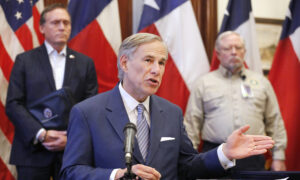 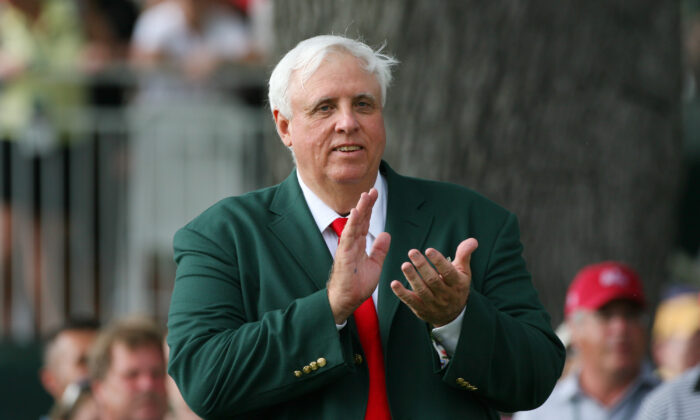 Jim Justice, owner of The Greenbrier Resort, applauds on the 18th tee during the final round of The Greenbrier Classic at The Old White TPC in White Sulphur Springs, W. Va., on July 31, 2011. (Hunter Martin/Getty Images)
US News

West Virginia Gov. Jim Justice announced on Monday during a press conference that he has signed an executive order requiring all West Virginians wear masks at all indoor public spaces in situations where social distancing can’t be maintained.

The order does not apply to children under 9-years-old or people who have trouble breathing. However, “it is recommended that parents are guardians use their best judgment as to when to assist their children with wearing a face covering.”

The move comes after West Virginia recorded its highest number of COVID-19 cases over the Fourth of July weekend, Justice said.

“I have told you all along we were going to watch our numbers. In the last few days, our positive case numbers have now moved to a level to where if we didn’t make a move right now, we’re going to be in a world of hurt,” Justice, a Republican, said.

Children younger than two should not be wearing face coverings, according to the Centers for Disease Control and Prevention.

Justice said the order does not apply to people who are in their own home or vehicles, nor does it apply when people are consuming food or drinks while inside a restaurant.

He added that he understands that this will be an inconvenience to citizens and that there will also be people who pushback against the executive order and refuse to comply.

“Absolutely it is at this point in time, in my opinion, the only thing we can do, the only smart thing to do. I know it’s not going to be popular, but you didn’t elect me to do popular things,” Justice said during the press conference.