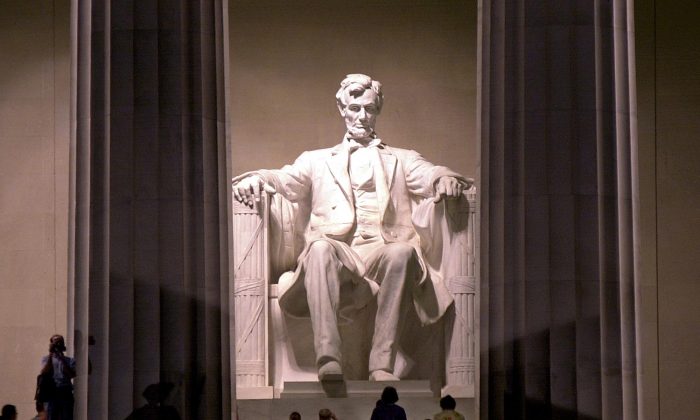 We the People Demand Character in American Government

Twelve years ago, I authored a two-part series on the need for character in American politics for The New Jersey Police Chief Magazine.

The series titled “American Leadership Principles in an Age of Corruption” was well-received. Requests to publish the articles in numerous additional publications were received and approved.

The first of these articles began with details from the FBI website on public corruption. These words remain memorialized on their site exactly as they were twelve years ago:

In my article for the March 16, 2016 edition of the Epoch Times titled “Drain the Swamp: Championing America’s Ethical Renaissance,” I argued that America’s corruption demands extermination.

The article stated “the swamp must be drained, not by impotent words, but by actions built on pillars of moral courage, transformational leadership, and persuasive character. Only these principles can conquer our culture of corruption and lead us to an authentic ethical renaissance.”

Furthermore, America was summoned to turn to Lincoln as a model of character, inspiration, and motivation.

Lincoln’s life was highlighted as one deserving imitation, as opposed to those who manipulate for self-gain. The article stated “there are many in positions of power that violate the public trust. They are not honoring their sacred oaths to serve. Instead, reprehensible examples of greed, self-aggrandizement, arrogance, superficiality, and self-centeredness are wreaking havoc on our moral compass. America must remember that it is built on the foundation of ‘We the People.’”

Press releases on the FBI website, a partial list from October 2017 alone, remind us that America’s swamp of corruption is alive and well:

Unscrupulous individuals in positions of authority, with a toxic addiction to power, continue to be venomous to the health, welfare, and security of America.

In my home are numerous artworks depicting the heart of American democracy.

One is of the Thomas Jefferson Memorial in Washington D.C. with the words “All authority belongs to the people” emblazoned on it.

Read More
America’s Culture of Deception: The Art of the Con

In another are the immortal words of Abraham Lincoln at Gettysburg. His words must be forever seared into the heart of everyone who loves America. They are an eternal tribute to every patriot who gave the “last measure of devotion.”

But perhaps the best way to conclude this article and to hopefully ignite an ethical renaissance is with words from Lincoln’s Lyceum Address in Springfield, Illinois on Jan. 27, 1838.

These words had broad implications for Lincoln’s vision for America. But these words are eternal and even now, Lincoln beckons our nation to a heartbeat of character. America, inspired by Lincoln, must rise from an age of corruption, superficial politics, and shameful scandals and ignite an ethical renaissance:

“Let every American, every lover of liberty, every well-wisher to his posterity, swear by the blood of the Revolution, never to violate in the least particular, the laws of the country; and never to tolerate their violation by others. As the patriots of seventy-six did to the support of the Declaration of Independence, so to the support of the Constitution and Laws, let every American pledge his life, his property, and his sacred honor;—let every man remember that to violate the law, is to trample on the blood of his father, and to tear the character of his own, and his children’s liberty. Let reverence for the laws, be breathed by every American mother, to the lisping babe, that prattles on her lap—let it be taught in schools, in seminaries, and in colleges; let it be written in Primers, spelling books, and in Almanacs;—let it be preached from the pulpit, proclaimed in legislative halls, and enforced in courts of justice. And, in short, let it become the political religion of the nation; and let the old and the young, the rich and the poor, the grave and the gay, of all sexes and tongues, and colors and conditions, sacrifice unceasingly upon its altars.”