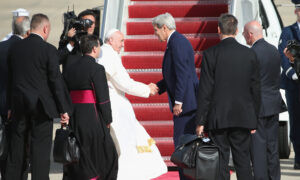 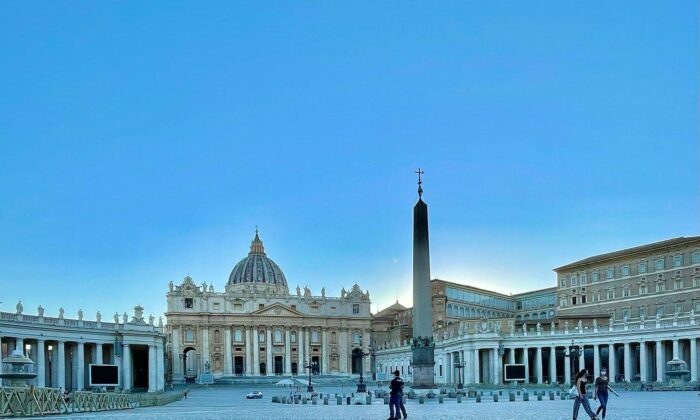 Among those named in a July 3 statement was Cardinal Giovanni Angelo Becciu, once the No. 2 at the Vatican’s Secretariat of State. A recent revelation in the Italian press may also implicate Becciu’s former boss at the Secretariat, Cardinal Pietro Parolin.

In a recent wide-ranging exposé, the Italian state-owned news outlet RAI3 detailed the ongoing accusations of corruption, alleged espionage, and Iranian money laundering plaguing the heart of the Catholic Church.

Becciu’s alleged involvement, oversight, and coverup were at the center of the investigative report, but through his lawyers, the Italian cardinal says he’s innocent. In a statement issued to select journalists on July 3, Becciu stated, “I am the victim of a machination wrought against me, and I have been waiting for some time to learn of the charges, if any, against me, to enable me promptly to prove to the world my absolute innocence.”

Allegations at the center of the RAI3 report came from Dr. Libero Milone, former auditor general of the Administration of the Patrimony of the Apostolic See (APSA)—the office established by Pope Paul VI to oversee the “provisions owned by the Holy See in order to provide the funds necessary for the Roman Curia to function.” This includes the Vatican Bank.

The report went on to clarify that after Milone discovered these investments, the Vatican took swift action to correct them, but soon, Milone was to discover another potential scandal—money investments from Iran into accounts, in violation of international sanctions.

Milone also noted that previous scandals have included the use of Peter’s Pence tithes (a large portion gathered from U.S.-based faithful meant specifically for the poor) to fund non-Catholic projects such as an Elton John biopic and a failed London property deal at the center of the new criminal charges. That deal led to a subsequent police raid on the offices of the Vatican Secretariat of State, and Becciu’s resignation.

Becciu first made headlines in late September 2020, when news broke that he had been forced to resign, due in part to allegations of financial corruption. Pope Francis stripped the cardinal of all rights afforded to those who wear the “red hat,” although Becciu has maintained his innocence.

The Epoch Times contacted Becciu for comment when the report from RAI3 broke; the Italian cardinal replied through his lawyer, Fabio Viglione.

“With reference to the events of the Iranian Embassy, the Secretariat of State, as part of ordinary institutional activity, was asked by the Director General of the Institute for the Works of Religion (IOR) to express an opinion on banking operations of the See, and specifically on the possibility of paying cash into its account opened at the Institute for the Works of Religion because of the international embargo in place against Iran … in execution of the Vienna Convention on Diplomatic Relations, which requires that the proper functioning, including economic, of diplomatic representations be guaranteed,” Viglione wrote.

“The Secretariat of State, after examining the request … proceeded to communicate the results of the investigation to the [Iranians]. It can be understood that only payments could have been made in cash, while outgoings ‘by bank transfer.’

“[This exposé bases] speculation of a money-laundering activity [on] an excerpt of a letter from the Secretariat of State … which refers to this office activity. However, it surprisingly lacks the second half of the letter which clarifies and eliminates any suspicion: ‘In this regard, you will want to ensure that everything takes place in a transparent manner and according to the rules in force, assessing what the real needs of the Embassy may be and taking into account that it would not be prudent for there to be movements of money greater than those necessary for the proper functioning of the diplomatic mission in question. It was just a way of using the diplomatic current account to better meet the ordinary needs of Embassy staff.’”

Milone alleges that at the time of his auditing, he began to suspect that his work and communications were being surveilled. An investigation led to his belief that Becciu was behind the surveillance.

The Epoch Times requested that Becciu comment on the claims by Milone that he was personally involved in a human intelligence operation, and the cardinal responded through his lawyer with a claim that Milone himself had been involved in inappropriate surveillance.

Becciu claims he was directed to fire Milone, and the reasons for the firing were publicly disclosed in a Sept. 24, 2017, communique.

The communique reads: “Unfortunately, it turns out that the Office directed by Dr. Milone, going beyond his competence, illegally commissioned an external Company to carry out investigative activities on the private lives of exponents of the Holy See. This, in addition to constituting a crime, has irreparably damaged the trust placed in Dr. Milone, who, faced with his responsibilities, has freely decided to resign. Such investigations have been conducted with every scruple and with respect for all persons.”

Only a few days prior to Becciu’s public censure by Pope Francis, the secretary of state—Cardinal Pietro Parolin—seemed to receive a separate censure. Pope Francis quietly removed Parolin from oversight of the Vatican Bank—a move that raised eyebrows inside the Vatican.

Parolin later told Italian media that his immediate and unannounced removal was “a normal rotation.”

“As far as I know, it is certainly not linked to all the economic events in the Vatican,” he said. Yet, a month later, the pope removed all administrative access to financial assets from the Secretariat of State.

As more revelations about Becciu were brought to light, so too a letter was leaked to the Italian press, a request for an additional loan for the same London property embroiled in the scandal that forced Becciu to resign—signed on letterhead by his direct superior, Parolin.

Until this revelation, it seemed the secretary of state had distanced himself from knowledge of and responsibility in oversight of these financial scandals.

When the Vatican released the names of those charged with financial crimes, Parolin stated to journalists that the Secretariat would constitute itself a “civil party” to the prosecution of the accused, claiming, “We are considered victims,” followed by “I hope that the trial will be brief” and can “find the truth.”

Meanwhile, more questions remain as to why a key figure in this and other connected financial scandals, Monsignor Alberto Perlasca—former head of the Vatican Secretariat of State’s administrative office—has avoided charges after his home and office were raided by Vatican police, and assets were reportedly frozen.

Perlasca is reportedly the highest-ranking figure to have turned “whistleblower” against his former superior, Becciu. Sources tell The Epoch Times that the merits and legality of Perlasca’s testimony, the alleged release of his frozen assets around March, and his involvement in the scandals will be key within the preliminary arguments of the defense at trial, which is to begin July 27.

Outside the expected politicking, the assumption of responsibility for these scandals will now have serious consequences. With Pope Francis issuing a series of new orders within the Vatican, one order has pushed trials to lower courts, including lifting the privilege once reserved to cardinals of only being judged by the pope himself. It seems, with these orders, the moves made by Pope Francis to address financial corruption at the Vatican are now fully underway.