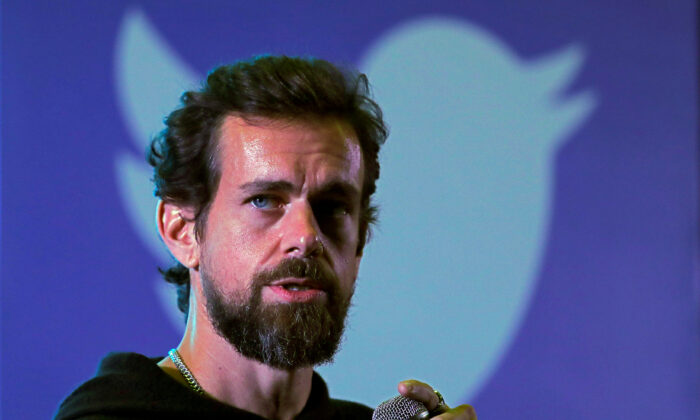 “Our communication around our actions on the @nypost article was not great. And blocking URL sharing via tweet or DM with zero context as to why we’re blocking: unacceptable,” Dorsey wrote on Twitter late Wednesday.

Our communication around our actions on the @nypost article was not great. And blocking URL sharing via tweet or DM with zero context as to why we’re blocking: unacceptable. https://t.co/v55vDVVlgt

The Twitter statement said that the New York Post article violated the company’s rules on private information and “hacked materials.” The alleged documents referred to in the Post’s report were allegedly copied by a computer repair shop owner and eventually given to former New York Mayor Rudy Giuliani and the FBI after a Macbook Pro bearing a sticker from the Beau Biden Foundation was dropped off for water damage and left unclaimed at the shop.

“We know we have more work to do to provide clarity in our product when we enforce our rules in this manner. We should provide additional clarity and context when preventing the Tweeting or DMing of URLs that violate our policies,” the company said. “We recognize that Twitter is just one of many places where people can find information online, and the Twitter Rules are intended to protect the conversation on our service, and to add context to people’s experience where we can.”

Dorsey’s and Twitter’s statements come after President Donald Trump denounced the platform on his own Twitter account, calling to roll back legal protections for the platform.

“So terrible that Facebook and Twitter took down the story of “Smoking Gun” emails related to Sleepy Joe Biden and his son, Hunter, in the @NYPost. It is only the beginning for them. There is nothing worse than a corrupt politician. REPEAL SECTION 230!!!” the president wrote late Wednesday.

“.@Twitter@jack this is not nearly good enough. In fact, it’s a joke. It’s downright insulting,” he wrote on Twitter. “I will ask you – and @Facebook- to give an explanation UNDER OATH to the Senate subcommittee I chair. These are potential violations of election law, and that’s a crime.”

.@Twitter @jack this is not nearly good enough. In fact, it’s a joke. It’s downright insulting. I will ask you – and @Facebook – to give an explanation UNDER OATH to the Senate subcommittee I chair. These are potential violations of election law, and that’s a crime https://t.co/Rylva8UJv9

The senator earlier in the day called on the Federal Election Commission (FEC) to investigate Twitter and Facebook for potential illegal in-kind contributions to the Biden campaign, after the two companies limited the spread of a news story about alleged documents belonging to Hunter Biden, son of former vice president and Democratic presidential nominee Joe Biden.

The article, published early Wednesday, centered on alleged documents and photographs of the Bidens found on a MacBook Pro hard drive, the Post reported. The Post reported that the laptop had been allegedly handed to the FBI and a copy of the files given to Giuliani’s lawyer, Robert Costello, by an electronics repair shop owner. The outlet said it obtained the documents—which included an alleged email indicating that Hunter allegedly introduced his father, who was then serving as the U.S. vice president, to a top Ukrainian natural gas executive at Hunter’s request—from Giuliani on Oct. 11.

The article said that, according to the shop owner, the unidentified customer who dropped off the laptop “never paid for the service or retrieved it.” The shop owner then handed the laptop over to the FBI in December 2019 after the client failed to claim the item after repeated attempts at contact. The Epoch Times has not been able to independently verified the New York Post’s claims.

The Biden campaign refuted the report, saying it reviewed Joe Biden’s official schedules from the time and that “no meeting, as alleged by the New York Post, ever took place.”

Twitter had blocked users from sharing the article. The New York Post said that the social media giant also blocked its Twitter account, which became inactive in the afternoon and continues to be inactive as of late Wednesday.

During an appearance on Fox News’s “Hannity” late Wednesday, she accused Twitter’s administrators of essentially holding her “at gunpoint” by denying her access to her own account.

“It’s not a temporary blockage,” McEnany told host Sean Hannity. “When I log on to my Twitter account,  it says I’m permanently banned. They essentially have me at gunpoint and said unless you delete this story, a news story by the New York Post, I cannot regain access to my account.”

A Facebook spokesman said that the company was “reducing its [the article’s] distribution” before it’s reviewed by one of its fact-checkers. “This is part of our standard process to reduce the spread of misinformation,” he said.

Petr Svab and Isabel van Brugen contributed to this report.