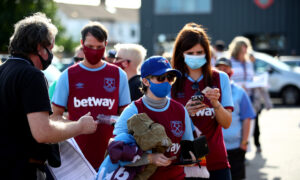 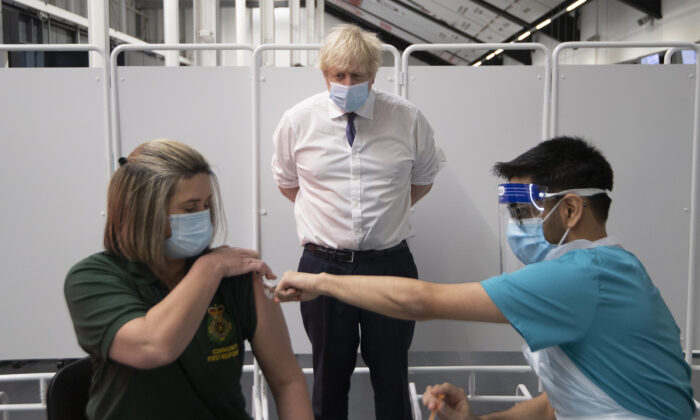 Over 1,200 Christian leaders in the UK have written to Prime Minister Boris Johnson to express their opposition to the government’s proposal to introduce COVID-19-status certification for domestic use.

In an open letter, the church leaders, who are from various denominations, said they are “wholly opposed” to the scheme.

They said the introduction of vaccine passports “would constitute an unethical form of coercion and violation of the principle of informed consent.”

“People may have various reasons for being unable or unwilling to receive vaccines currently available including, for some Christians, serious issues of conscience related to the ethics of vaccine manufacture or testing,” said the letter.

Christian leaders in the United States have raised concerns over some CCP (Chinese Communist Party) virus vaccines, which have been developed, tested, and produced with abortion-derived cell lines.

The UK church leaders expressed fears that the COVID-19 certificates could give rise to “a two-tier society, a medical apartheid in which an underclass of people who decline vaccination are excluded from significant areas of public life.”

They called it “one of the most dangerous policy proposals ever to be made in the history of British politics,” as it “has the potential to bring about the end of liberal democracy as we know it and to create a surveillance state in which the government uses technology to control certain aspects of citizens’ lives.”

The Christian leaders emphasised that they “envisage no circumstances in which we could close our doors to those who do not have a vaccine passport, negative test certificate, or any other ‘proof of health,’” as it would constitute “a fundamental betrayal of Christ and the Gospel.”

Responding to the open letter, a government spokesperson said: “We are considering a range of evidence around COVID-status certification and whether it may have a role in opening up higher risk settings safely. The review is ongoing and no decisions have been taken.”

In a review published on April 5, the government said it will begin to trial COVID-19-status certification in certain settings, including large events, as England gradually exits the COVID-19 lockdown.

The government said it believes that “COVID-status certification could have an important role to play both domestically and internationally” to “allow some freedoms to be restored more safely.”

But the proposal has been criticised by opposition parties and some backbench Conservative MPs who worry about the damage that could be done to business and civil liberties.