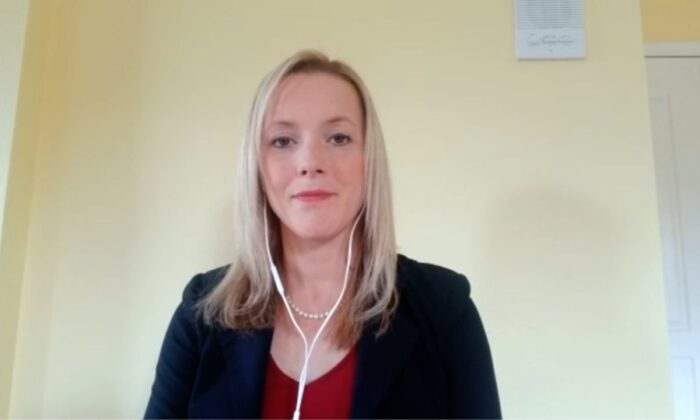 Lisa Haba, a partner of Haba Law Firm based in Florida, told The Epoch Times that Twitter refused to take down sexual exploitation videos of her client even after her client showed Twitter the proof that he’s a minor, and that Twitter “certainly was profiting off the exploitation of [her client].”

The Haba Law Firm, the National Center on Sexual Exploitation Law Center, and the Matiasic Firm jointly filed a federal lawsuit against Twitter on Jan. 20, 2021.

Haba told the story of her client during an interview with Jan Jekielek, host of The Epoch Times’ American Thought Leaders program.

John Doe, Haba’s client, is currently a 17-year-old high school student. When he was 13 years old, he was targeted on Snapchat by online sex traffickers who impersonated a 16-year-old girl. He was manipulated into sending over his nude photos. After receiving them, the traffickers started to blackmail him. They threatened to send his nude photos to his parents, his pastor, and school leaders, and others.

“The child attempted for a long time to appease the traffickers, acquiescing to their demands in an effort to save his family and save himself from their demands,” Haba said. “Ultimately [he] was able to break free when they demanded to meet with him, and he, thankfully, declined to do so.”

However, when he was 16 years old, the abusive material surfaced on Twitter.

John Doe became aware of the posts from his classmates in January 2020. Many students in his school watched the videos, and John Doe became a “victim of vicious bullying” and “became suicidal.”

Fortunately, his mother found out and supported him in contacting Twitter to demand the abusive material be taken down off the platform.

However, after receiving a copy of John Doe’s driver’s license and two more requests from his mother, Twitter failed to act.

“Twitter waited several more days before finally saying a devastating comment to this child,” Haba said. “We don’t find this to be a violation of our policies, and we’re going to take no further action.”

The material wasn’t taken down until the Department of Homeland Security stepped in. It had accrued over 167,000 views and 2,223 retweets, the complaint noted.

“The words say that they have a zero-tolerance policy, but their actions speak differently. When our client asked them to take down the exact material that they say that they proclaim to preclude, they refuse to act,” Haba said.

“That’s basically the essence of this lawsuit.”

Haba went on to claim that Twitter profited from not removing her client’s abuse videos.

“When you look at the profit structure that Twitter has, they profit from every single time that these ads are disseminated, retweeted, viewed. There’s a huge advertising incentive and data licensing incentive for these ads to stay, these material to stay up. So Twitter certainly was profiting off the exploitation of John Doe.”

Haba explained that from their research, Twitter profits primarily in two main ways. One is their advertising service: every time the ads on Twitter are clicked on or viewed, Twitter makes profit. The other way is data licensing. “That, of course, comes through people being on the platform, tweeting things, retweeting things, and viewing them.”

“That is what has helped Twitter become a billion-dollar business, allowing them to profit from each of the tweets that’s put up,” Haba claimed.

In its third-quarter report (pdf) of 2020, Twitter received an estimated $936 million in revenue, of which $808 million was from advertising services and $127 million of which was from data licensing and other.

Haba said that they have “verified every fact before alleging it.”

Section 230 Does Not Apply

Haba also pointed out that Twitter can’t use Section 230 to shed its liability in this case.

Section 230 is part of the Communications Decency Act (CDA) of 1996 that largely provides protection to big tech companies from being sued for content on their websites.

“If you are directly profiting or benefiting from human trafficking, that is not necessarily a guaranteed immunity for the big tech platforms,” said Haba, referring to a new law called FOSTA/SESTA.

“For example, there are known hashtags out there that are directly linked to child pornography and the distribution of it,” Haba told The Epoch Times. “Those hashtags not only are operational on Twitter, but if you type them into the search bar, it offers suggested phrases to help you find it more efficiently.”

“When you look at the incredible quantity of material of that nature and how easy it is to find on the platform if you know the right hashtags. It’s horrifying,” Haba continued.

“I Wanted to Be Part of That fight.”

Haba recalled after she heard a speech of a survivor of sex trafficking, she realized “this was an offense against human dignity and against human life that nobody was seeming to really do much about.”

“And I wanted to be a part of that fight to change that, in this country and in this world.”

Haba was a criminal prosecutor in Florida for 8 years before she started a private practice.

Speaking of her client John Doe, Haba suggested that all parents be cautious with their children’s online activity. She pointed out that John Doe “had a very stable home, in very good grades,” and “was a very good student.”

“It really illustrates that every child who is exposed to the internet is potentially exposed to traffickers, and I would encourage every parent out there to heavily monitor who their children are talking to online.”

Haba claimed that Peter Nygard had used his fashion business as a mechanism to run an international sex trafficking ring for about 50 years.

Nygard is now detained in Winnipeg, Canada. The U.S. government is seeking his extradition.