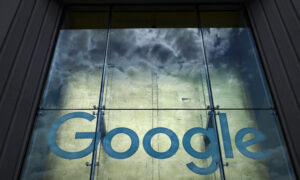 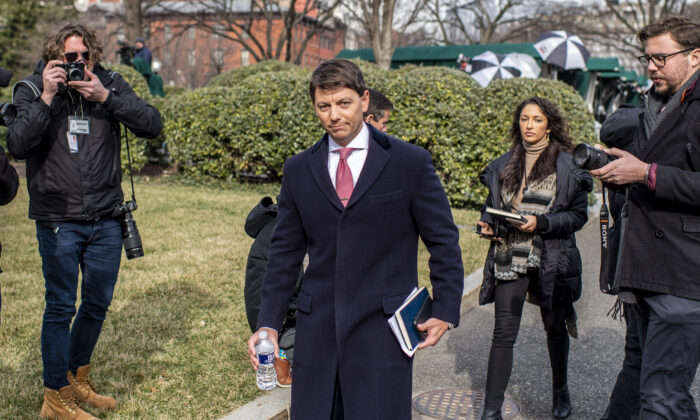 Twitter temporarily suspended the account of the Trump campaign’s national press secretary on Thursday after he shared a post saying he received a ballot in the mail that was intended for someone else.

Before his account was suspended by the social media giant, national press secretary Hogan Gidley said on Twitter that he had received a ballot in the mail that was addressed to an individual named “Daniel.”

“Got ‘my’…uh wait…no… ‘Daniel’s’ ballot in the mail?!? Who is that? Apparently it’s a former tenant who hasn’t lived in the unit for 8 YEARS!!! But yeah, sure…the mainstream media is correct…unsolicited vote-by-mail is ‘totally safe,’” he wrote.

He shared an image of the ballot he’d received, highlighting the name “Daniel.”

Gidley later shared that he had been temporarily blocked from Twitter for violating its rules “against posting misleading information about voting,” reported Fox News.

“You may not post content providing false information about voting or registering to vote,” the message from the company said.

“I, like many other Americans, received a ballot in the mail that was not meant for me, and that proves what the president has been saying is one hundred percent correct—that there are serious issues with the Democrats’ plan for universal, unsolicited mail in voting,” Gidley told Fox News.

“Irrationally, inexplicably suspending my Twitter account simply for tweeting about the incorrect ballot is completely insane, and it won’t cover up the fact that Democrats changing the way we vote just weeks before an election is dangerous and fraught with the potential for massive fraud,” he said.

I, like many other Americans, received a ballot in the mail that was not meant for me. Twitter suspended my account for simply posting about it.

This censorship is insanity.

We must continue to expose and fight Big Tech’s clear bias against conservatives who speak the truth.

“Twitter suspended my account for simply posting about it,” he wrote after he had his access restored. “This censorship is insanity. We must continue to expose and fight Big Tech’s clear bias against conservatives who speak the truth.”

McEnany’s account was locked because the tech giant determined that her post violated Twitter’s rules against “distribution of hacked material.” The Post has argued that no materials in its report were hacked.

President Donald Trump has often highlighted errors in the vote-by-mail system amid the CCP virus pandemic, while adding that mailed ballots could lead to election chaos or even rigging as he urged people to go to the polls to vote.

“The chaos that [President Donald] Trump lamented with the delivery of mail voting papers is here,” a translation of Niemann’s Oct. 10 post says.

In another incident, Beatrice Cardenas, who unsuccessfully ran for the Republican nomination in California’s 27th Congressional District, said in an Oct. 9 tweet that she received two ballots in the mail, each listing her name slightly differently.

“I don’t want to fan the flames & accuse the LA RR/CC of fraud. They can’t handle the volume.”

She was referring to the Los Angeles County Registrar-Recorder/County Clerk, the agency that manages birth, death, marriage, real estate, and business name records.