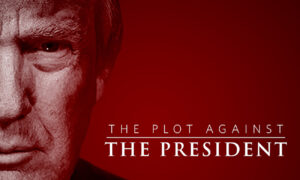 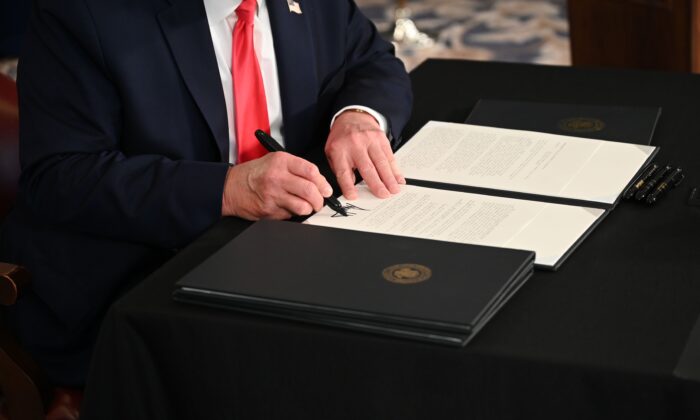 President Donald Trump on Thursday signed an executive order establishing guidance for federal agency use of artificial intelligence (AI) in government decision-making “to foster public trust and confidence in the use of AI, and ensure that the use of AI protects privacy, civil rights, and civil liberties.”

The White House said in a release that the president’s executive order underscores the Trump administration’s “commitment to accelerating Federal adoption of AI, modernizing government, cultivating public trust in AI, and exemplifying world leadership in the use of trustworthy AI.”

Trump in his order set out nine principles for the design, development, acquisition, and use of AI in government, the White House said.

The order directs agencies to prepare inventories of AI-use cases throughout their departments and directs the White House to develop a road map for policy guidance for administrative use.

AI use by federal agencies must be lawful; purposeful and performance-driven; accurate, reliable, and effective; safe, secure, and resilient; understandable; responsible and traceable; regularly monitored; transparent; and accountable, the order’s principles emphasize.

The Trump administration has made artificial intelligence a priority, earlier issuing guidance to federal agencies aimed at limiting “overreach” in regulating the use of AI by private companies, while urging agencies to use AI to eliminate outdated regulations.

A number of government agencies use AI for predictive enforcement tools, and regulatory agencies use it to process and review vast amounts of data to detect trends and shape policymaking.

In August, the Trump administration announced awards of more than $1 billion Wednesday for the establishment of 12 new artificial intelligence (AI) and quantum information science (QIS) research & development institutes across the United States. The administration said it was taking the action to ensure American leadership in what it termed “industries of the future,” which include 5G and other critical technologies.

With the support of the White House, the National Science Foundation‘s (NSF’s) AI Research Institutes and the Department of Energy’s (DOE’s) QIS Research Centers will serve as hubs for innovation and research & development.

“Today, the Trump Administration is making an unprecedented investment to strengthen American leadership in AI and quantum, and to ensure the Nation benefits from these emerging technologies. Built upon the uniquely American free market approach to technological advancement, these institutes will be world-class hubs for accelerating American innovation and building the 21st century American workforce,” Kratsios said in a statement at the time, noting that such technologies were being used to fight the Chinese Communist Party (CCP) virus.

Alan McDonnell and Reuters contributed to this report.