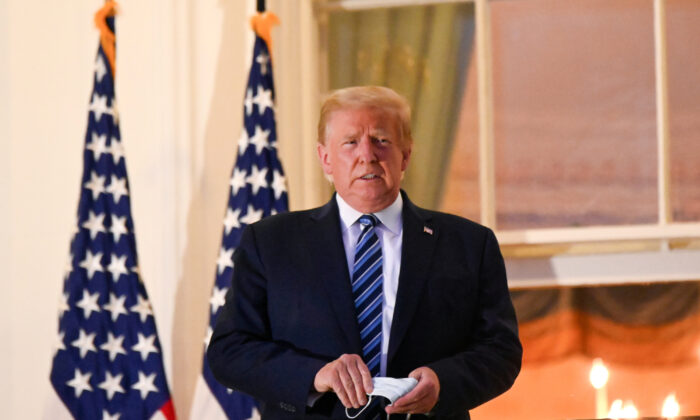 The Holding Foreign Companies Accountable Act will require Chinese companies to comply with U.S. auditing and reporting standards or face exclusion from U.S. stock exchanges. The bill was passed unanimously in the House earlier this month and passed in the Senate by unanimous consent in May.

Under the law, foreign companies that fail to comply with the Public Company Accounting Oversight Board’s (PCAOB’s) audits for three consecutive years will be subject to delisting from U.S. exchanges. The rule also applies to companies whose shares are traded over the counter.

Companies whose audits cannot be inspected by the board would also have to establish that they are not owned, nor controlled, by a foreign government.

Bipartisan lawmakers welcomed the act, with Rep. Brad Sherman (D-Calif.) describing it as the “most significant piece of investor protection legislation passed in several years.”

“The purpose is not to de-list any company, but to persuade China to allow the audit oversight that U.S. investors need, and the U.S. investors get when investing in U.S. companies or companies in over 50 foreign jurisdictions,” Sherman, co-sponsor of the bill in the House, said in a statement.

Sen. Chris Van Hollen (D-Md.), a co-sponsor of the Senate bill, described the law as the “best way” to “protect American investors from fraudulent businesses seeking to take advantage of them.”

Chinese companies have come under intense scrutiny over fraudulent practices. Last week, China-based startup Luckin Coffee agreed to pay the SEC a $180 million penalty to settle fraud charges for “intentionally and materially” overstating its 2019 revenue and understating a net loss. Earlier this year, the beverage brand said an internal investigation found that its chief operating officer had falsified 2019 sales by about $310 million, prompting Nasdaq to delist the company.

This year, more than a dozen U.S.-listed Chinese companies were taken private, according to a Wall Street Journal report. And more companies announced their plans to delist as Washington increased its crackdown on Chinese companies.

Separately, Trump last month issued an executive order banning U.S. investments in dozens of companies with ties to the Chinese military. The order will take effect in early January and give U.S. investors until November 2021 to divest themselves of the affected securities.