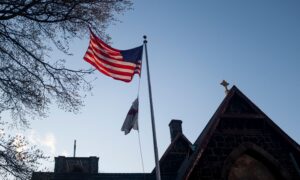 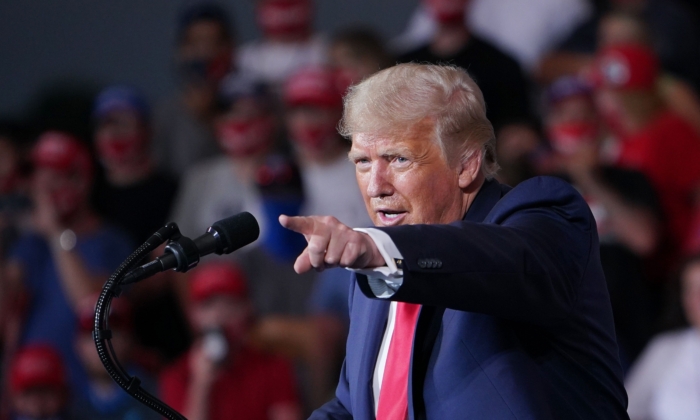 The CCP (Chinese Communist Party) virus, commonly known as novel coronavirus, which causes COVID-19, has claimed the lives of more than 189,000 people in the United States.

“It’s a shame what’s going on,” Trump said. “On November 4th, every one of those states will be open. They’re doing it for political reasons.”

The economic boom since Trump’s election figures as one of the keys to his reelection on Nov. 3, but the economic shutdowns linked to the pandemic dealt a giant blow to the economy. After a historic plunge, the U.S. economy has seen rapid recovery.

The president made a similar suggestion about the lockdowns in July.

“The country has to open,” Trump told Fox News in an interview aired on July 22. “We did the right thing. We closed it down. We saved millions of lives. Now we’re opening it up. And I think the Democrats are actually doing it largely for political reasons.”

The president took specific aim at the Democrat governors in North Carolina, Michigan and New York, without calling them by name.

North Carolina began phased reopening on May 8 and briefly paused it in June. Bars and movie theaters are still prohibited from operating in the state.

New York began phased reopening on May 15. With the exception of restaurants in New York City, malls in certain areas, movie theaters, casinos, and amusement parks, businesses are allowed to operate.

Michigan began to reverse its reopening in late July amid a rise in cases. Indoor bars and gyms are still prohibited from operating across the state.