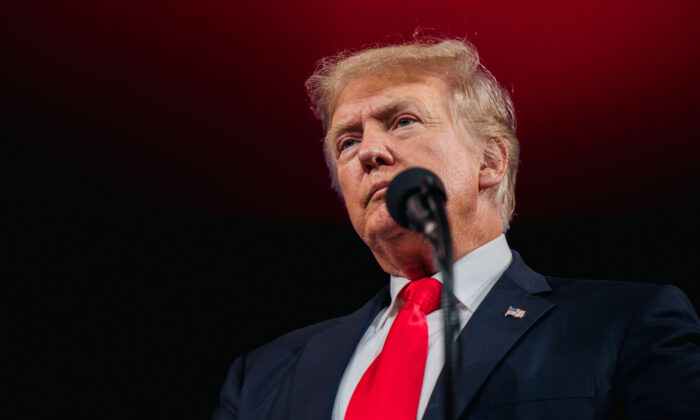 He went on to criticize President Joe Biden’s pullout from Afghanistan, saying that it hasn’t been covered properly by the media and that he felt it was very disappointing.

“I grew up with you. You are New York’s finest. You’re incredible people,” Trump told police and firefighters.

He then said that he appreciated the New York city police having endorsed him.

“First time they ever endorsed a candidate, they told me,” Trump said, “for president.”

An NYPD officer then asked him if he planned to run for president in 2024.

“Oh, that’s a tough question,” he answered, amid some laughter.

“Actually for me it’s an easy question. I know what I’m going to do, but we’re not supposed to be talking about it yet, from the standpoint of campaign finance laws, which frankly are ridiculous,” Trump said.

“But I think you’re gonna be happy, let me put it that way,” he added.

Trump left the NYPD’s 17th Precinct early afternoon, amid cheers and applause, signing some autographs, and waving to the public.

“We love the blue. I’ll say it loud. We’re not supposed to say it, we love the blue!” Trump said, while several voices could be heard responding, “We love you!”