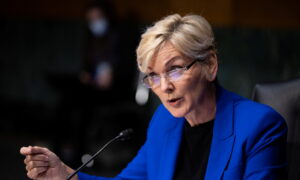 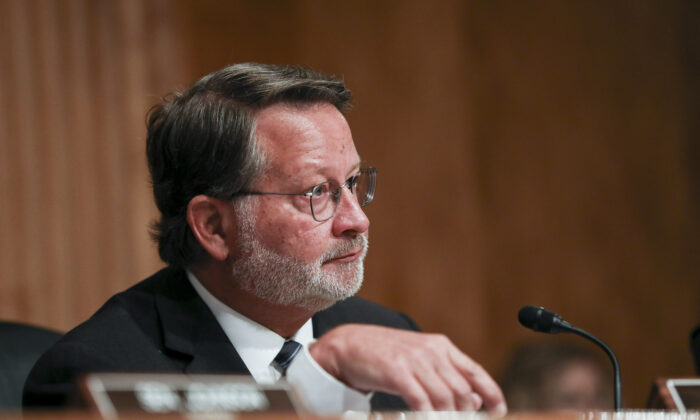 Top defense officials during the Trump administration should testify to Congress to explain why it took so long to deploy National Guard troops to help law enforcement officers quell the Capitol riot on Jan. 6, Sen. Gary Peters (D-Mich.) said this week.

Peters wants to ask questions of Christopher Miller, who was acting defense secretary on that date, as well as former Army Secretary Ryan McCarthy.

“I certainly think we need to hear from them. There’s no question. They were central in the discussion yesterday in the hearing,” Peters, chairman of the Senate Homeland Security and Governmental Affairs Committee, said during a Thursday virtual appearance on CNN.

The Pentagon was accused of slow walking requests for backup by William Walker, commanding general of the D.C. National Guard, during a Senate hearing earlier in the week.

Walker told lawmakers that it took over three hours to get a request for deployment approved by the Department of Defense’s leadership.

“You heard the testimony from General Walker, who said that it made no sense to see this delay. He did not see a delay like that in the summer, when there were protests going on in Washington. The approvals came through quickly. And yet he sat there with Guardsmen ready to go sitting on buses ready to get to the Capitol. And he testified very strongly that had they gotten there sooner, it would have made a major difference,” Peters said.

“Why was there a delay? We know two individuals can give us some information, and we’re going to work to get that information. We’re just figuring out exactly what process we’ll go through in order to get it.”

Walker said that during a phone call with some officials, such as Lt. General Walter Piatt, the director of Army staff, Pentagon leadership expressed reservations about sending troops directly to the Capitol.

According to a timeline released by the Pentagon, McCarthy at 3 p.m. directed the D.C. National Guard to prepare available Guardsmen to move from the armory to the Capitol complex, while seeking formal approval from Miller.

That authorization came four minutes later, Robert Salesses, who currently performs the duties of assistant secretary of Defense for Homeland Defense and Global Security, told legislators at the hearing.

Salesses said Guardsmen were told to go to the Capitol 30 minutes later, and by 6:14 p.m. had established a perimeter. The Capitol building was declared secure by the U.S. Capitol Police at approximately 8 p.m.