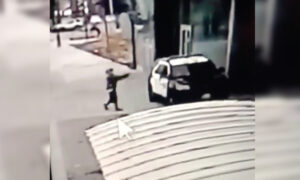 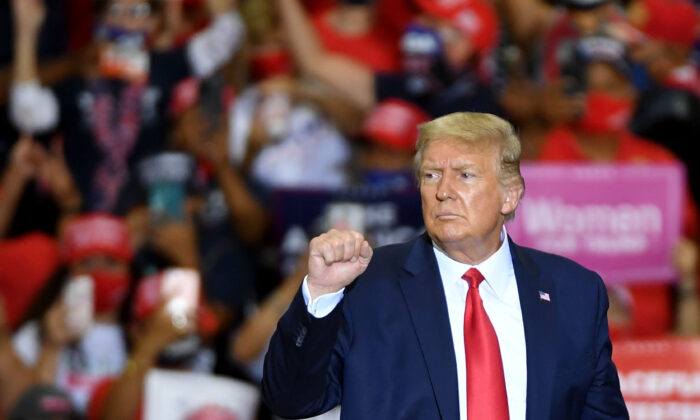 Trump: Anyone Who Murders a Police Officer Should Face Death Penalty

Anyone who kills a police officer should get the death penalty, President Donald Trump said Sept. 13.

Speaking at a rally in Henderson, Nevada, a day after two Los Angeles County deputies were shot while sitting in their vehicle, Trump said, “My plan is to arrest domestic terrorists, and we also believe that if you murder a police officer, you should receive the death penalty.”

A 31-year-old female deputy and 24-year-old male deputy were sitting in a squad car in Compton on Sept. 12 when a man walked up in broad daylight and shot them both, according to video footage released by the Los Angeles County Sheriff’s Department.

They “were ambushed by a gunman in a cowardly fashion,” Los Angeles County Sheriff Alex Villanueva told reporters on Sept. 13.

He said the deputies are expected to survive. They were rushed to the hospital in critical condition.

The suspect was described as a dark-skinned male.  A $100,000 reward is being offered for information that leads to his arrest.

“This is just a somber reminder that this is a is a dangerous job and you know, actions, words have consequences, and our job does not get any easier because people don’t like law enforcement,” Villanueva said later.

“It seems to be part of a trend, a growing trend where the suspects open fire unprovoked.”

Trump during his rally asked if people had seen video of the shooting, calling the gunman “an animal” and the police officers “unsuspecting fine people.”

“Because we cannot ensure we get death penalty cases right every time, Biden will work to pass legislation to eliminate the death penalty at the federal level, and incentivize states to follow the federal government’s example. These individuals should instead serve life sentences without probation or parole,” the website states.

In a statement Sept. 13, Biden said the shooting of the deputies “is unconscionable and the perpetrator must be brought to justice.”

“Violence of any kind is wrong; those who commit it should be caught and punished,” he said. “Jill and I are keeping the deputies and their loved ones in our hearts and praying for a full recovery.”