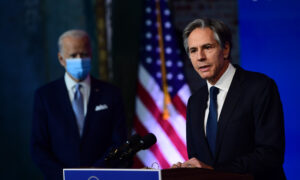 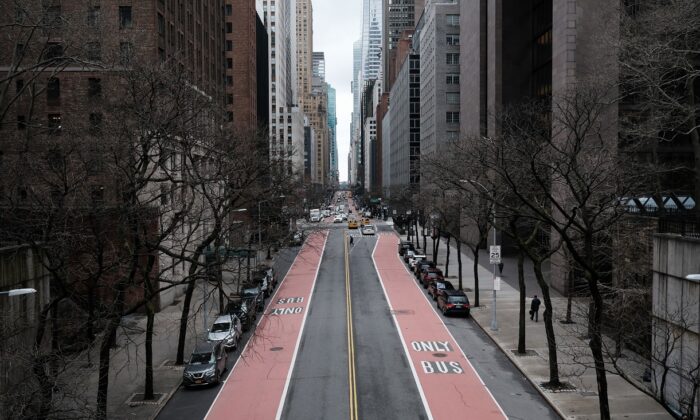 The United States of 2 Americas

If you haven’t noticed, the United States is reorganizing itself into two Americas—blue and red. Although there is a president of the United States, state governors are in many ways now driving the national narrative in this new America.

And who are the true executive leaders of the two Americas? Florida and Texas on one side, California and New York on the other side. Their governors essentially dominate the bully pulpit formerly occupied by a sitting president. Many of the rest of the American states have aligned with one side or the other.

The American political conversation has become a modern Dr. Seuss’s “Sneetches With Stars” on steroids as Americans are now beginning to group, assemble, and march separately according to our ideologies. Both sides have equal ownership of this behavior—neither side should be excused or let off the hook on this matter.

A part of this blue/red separation is the manifest “Digital Apartheid” that is being applied by the blue side to the red side to create two social media systems. This Digital Apartheid is pervasive and driven by the new, vicious, lockstep, “social justice” mantra that has taken over the automatons who lead U.S. social media.

We are experiencing an unprecedented shakedown by groups such as Black Lives Matter (BLM) and Antifa who broadcast through their relentless bullhorn of social media and old media.

There are now two business systems in America—blue and red. Many of the businesses that lead major market sectors have now revealed themselves to be de-facto thought police to enforce Social Justice.

MyPillow CEO Mike Lindell is the poster child of this, as he has been targeted for elimination by the self-appointed high priests of “wokism.”

We’re also finding out there are two financial systems in America, as those with capital now act as the gatekeepers of who receives capital and who is excluded. Bank of America has become “Bank of who I decide to allow access to the capital system.” That’s a far cry from the intent of its founder, who wanted to make sure all had access. The modern bank staff has now become an appendage of the virtue-signaling synchronized chorus.

There are now two media systems in America. The Hollywood award shows are now a Roman circus of self-loathing, lecturing, and virtue signaling. Few are watching these award shows—in fact, few are watching legacy media as ratings collapse.

It’s curious from an agnostic business perspective how CNN even survives at this point in time. Somehow the citizen’s pocketbook is being fleeced by corporations and advertisers who recycle ad revenue through “woke” media to keep them alive when it’s patently obvious the viewership has imploded—but that’s the beauty of the new era of crony capitalism (which is a transition phase to socialism).

The citizens of our nation have consciously or unconsciously chosen sides. If you’re angry at yourself for not being woke enough and have righteous virtue-signal signs in your yard lauding BLM, you’re likely on the blue side. If the drivel of virtue signaling makes no sense to you, you’re probably on the red side.

The biggest manifestation of this rapid reset of America into blue and red camps is the incredible internal movement of Americans.

Americans are moving to Texas from California in significant numbers. California has seen its first decline in population since 1900. Americans are on the move, and it’s mostly from blue to red, with Texas and Florida receiving the refugees from New York and California. My dreams of a large, inexpensive home in Florida have evaporated with the rise in home prices in my target localities.

I would suggest the numbers are even greater than what is being reported. This type of socio-economic data traditionally lags in reporting due to the time it takes to collect, aggregate, sort, and analyze. I would say there is easily six months to a year of lag in this reporting.

Last year, I found it difficult to find data on the population flows. Yet, at the same time, anecdotal data pointed to a strong movement not yet reflected. I was in New York in July 2020 and was shocked by the abandoned streets, yet little data pointed to movement at that time.

The data is starting to hit now. Among blue locales, Washington state is still showing population gains—I would suggest they’ve hit their apogee and will start down the backside of an arc as Seattle expands its footprint of boarded-up stores and restaurants, and major companies leave, as well as population.

We’re seeing the beginnings of the “Detroit Syndrome” on scale in blue states as Americans vote with their feet. The common refrain from conservatives is “I’m concerned this will flip Texas and Florida!” I, however, prefer to look at this from an optimistic perspective as an opportunity.

Where Are We Headed?

Despite the attempts of the current administration to transform American society with uncontrolled borders, I see unanticipated consequences of the Blue strategy that will work in the red state’s favor. Big Government’s plans always go awry and deliver unintended consequences.

Trend lines are bad for blue—the elites can socially engineer all they want—their blue states are collapsing because of the brilliant plans of the leaders of the four corners of deceit in modern America: Big Tech, Big Finance, Big Government, and Big Academia.

By fortifying Washington, D.C.—in a way that is eerily reminiscent of the American Civil War—House Speaker Nancy Pelosi (D-Calif.) has rendered fortified our capital of diminishing relevance. Austin, Tallahassee, and most importantly, Mar-a-Lago, are now the centers of gravity for America.

Big Tech can manipulate search results all they want; they are now living in their self-made Ministry of Truth and will go the way of MySpace and the Sears catalog, as Lindell and other innovators establish alternatives.

The real game, the one that I haven’t mentioned yet, is the fast-approaching showdown with China. Red states, in many ways, control the world’s food and energy supplies—both of which China is desperate for. The third leg of strategic essentials for national success is access to the world’s capital markets, and financial firms are beginning to exfiltrate to red areas from New York.

China is estranged from access to capital, which is the lifeblood of the Chinese Communist Party (CCP). Hopefully, the evolving United States is able to deter open conflict with an increasingly isolated CCP, but if kinetic conflict begins, likely nothing will be off the table for the CCP, and the blue states are still highly concentrated with their diminishing populations, which make them very vulnerable to additional biological, and God forbid, nuclear strikes from the CCP.

Bottom line, let blue wallow in their destructive and nihilistic French Revolution bloodbath of trying to out-virtue-signal each other. They’ll never be happy, never satisfied, and seem to be removing themselves from the gene pool of their own accords. The rest of us can focus on defeating the CCP.