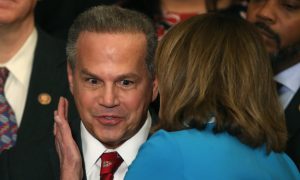 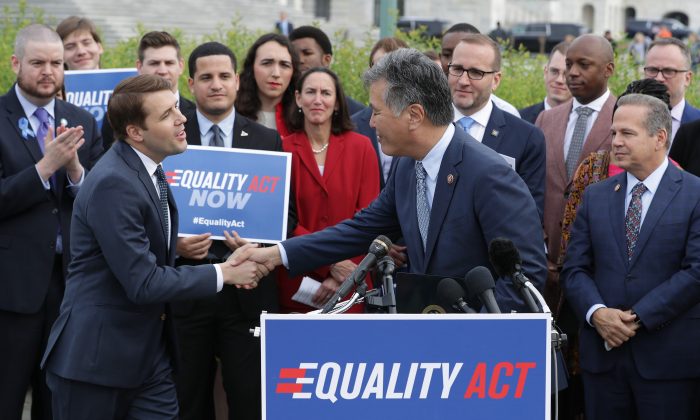 The Senate Should Vote Against the Equality Act

The House of Representatives voted on May 17 on the Equality Act, a piece of legislation that aims “to prohibit discrimination on the basis of sex, gender identity, and sexual orientation.”

According to an article in Reason, “The Equality Act works by modifying the federal Civil Rights Act of 1964, the Fair Housing Act, the Equal Credit Opportunity Act, and other federal statutes concerned with discrimination and segregation.”

The bill’s reach is vast and includes public schools, places of employment, and more. In addition, and as reported in Reason, “the bill defines sex to include not just biological ‘sex characteristics, including intersex traits,’ but also ‘a sex stereotype; pregnancy, childbirth, or a related medical condition;’ and ‘sexual orientation or gender identity.’”

While the alleged purpose behind the Equality Act is to prevent discrimination, some argue that it has the opposite effect.

For example, the Equality Act seeks to punish people who have different views about the definition of gender and human sexuality. It also fails to protect people of faith who have deeply held religious beliefs that are at odds with the definitions imposed by this bill.

Hospitals and doctors would have to “follow the medical recommendations of the transgender movement” or face possible prosecution, The Daily Signal reported, citing Emilie Kao of the Heritage Foundation.

Moreover, as the act punishes certain types of behavior, if a child seeks to have a gender transition procedure, his or her parent(s) could face civil rights violation charges if they decline the child’s request.

Businesses, employees, charities, families, and women would be threatened, too.

For instance, the bill will negatively impact women in sports (i.e., a man who identifies as a woman can participate and win a women’s powerlifting competition) and could lead to other potential problems, such as shared locker rooms.

The problem with this bill is that it’s far too broad. Its breadth should be the cause of its demise in the Senate. By way of this bill, congressional Democrats (and a few Republicans) are attempting to redefine or create certain “rights” at the expense of other rights.

For example, the act defines gender identity as “gender-related identity, appearance, mannerisms or other gender-related characteristics of an individual, regardless of the individual’s designated sex at birth.”

This definition, for all intents and purposes, entirely ignores the biological and scientific definition(s) of gender, recreates them, and punishes those who fail to comply with these open-ended definitions.

The Equality Act is clearly distinguishable from the three cases that the Supreme Court recently agreed to hear regarding whether the Civil Rights Act of 1964 guarantees protections to gay and transgender people in the workplace.

Unlike those cases, which were limited in scope (to the workplace), this act attempts to cover all conceivable circumstances with one broad stroke of the brush. Therefore, if the Supreme Court ultimately rules that the Civil Rights Act of 1964 doesn’t guarantee such protections in the workplace, there could be a major conflict if the Equality Act becomes law.

The Equality Act should be rejected in its current form. It doesn’t help women and completely overlooks religious freedoms. In fact, as reported in Reason, “the bill specifically states that the federal Religious Freedom Restoration Act ‘shall not provide a claim concerning, or a defense to a claim under’ the Equality Act, nor ‘provide a basis for challenging the application or enforcement’ of it.”

As two women on either side of the political aisle wrote in Real Clear Politics: “Under this bill, men and boys will take away women’s small business grants and hard-won spots on sports teams; they will be allowed to live in women’s domestic violence shelters and use our locker rooms. And united as women, we are just not going to stand for it.”