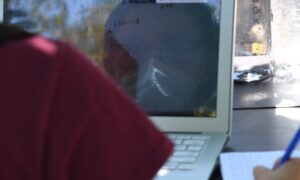 How California Is Embracing Mandatory Racial-Injustice Study for All of Its 1.7 Million High Schoolers
0
Share Now
TelegramFacebookTweetEmailTellMeWeReddit
Copy Link 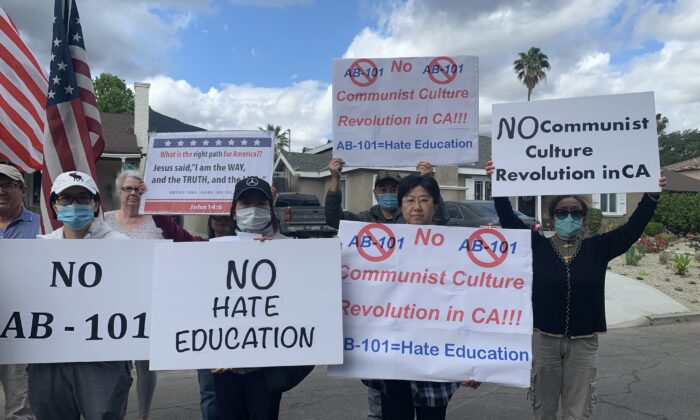 The American ‘Cultural Revolution’ Is Underway

The California State Assembly recently passed a bill mandating a semester of ethnic studies as a graduation requirement for all high school students. Many California residents—and a large number of Chinese Americans—organized protest rallies to boycott the state legislature’s proposal, fearing implementation of communist Cultural Revolution-style theories in schools.

Some parents are advocating against teaching critical race theory to their children.

At protest rallies against the bill, signs read “Stop Hatred Education” and “Against the California Communist Cultural Revolution.”

However, the proposal officially passed at the end of May under the leadership of Jose Medina, a Democratic representative of California’s 61st District and a chair of the Higher Education Committee.

The legislation, Assembly Bill 101, makes California’s new Ethnic Studies Model Curriculum a requirement for graduation for all high school students. A similar measure was approved last summer by the California State University Board of Trustees, requiring all students to take ethnic studies or a social justice course to graduate.

These courses teach students the theory that systemic racism exists in the United States, and all white people are blessed with privileges and act as oppressors, while people of color are victims. Collectivism is good, and capitalism is responsible for racist institutions.

My issue with critical race theory is how it obsesses over educating students to classify themselves and tells them that this classification predominantly determines their position in life.

The article details literature created by an associate professor of African American studies at Northwestern University in Illinois. The curriculum instructs students to conduct self-tests on their “white privilege.” The principal of a New York City public school asked white students and parents to take the handout and reflect on themselves.

It divides white people into eight white identities, and even comes with a diagram that ranks the identities on a color scale of red to green. Red is a bad white person and green is a good white person.

“White Supremacists” are bright red on the chart and considered the worst group on the list for maintaining a society, as they instead advocate for a society that “preserves, names, and values ​​white superiority.”

The second-worst identity is “White Voyeurism,” defined as someone who “wouldn’t challenge a white supremacist, desires non-whiteness because it’s interesting,” and appropriates black culture “without the burden of blackness.”

The next level is “White Privilege.” These whites may criticize white supremacy but still support white rule.

Then there are “White Benefit” people, who only privately feel badly for people of color and don’t speak in public about minority issues.

Fifth are “White Confessionals,” who seek recognition from people of color and expose whiteness in small measure.

Next, “White Critical” is the label for people invested in exposing the “white regime.”

The seventh category is “White Traitor,” people who actively “subvert white authority and tell the truth at whatever cost.”

Last, but not least, are “White Abolitionists.” This is ranked as the best white identity for those aiming to dismantle whiteness and refusing to allow whiteness to reassert itself.

These practices mirror communist ideology. One goal of communism is to overthrow the existing system by using all possible methods to divide society based on social identities and privilege classifications, and to establish a culture of hatred to inevitably disintegrate society.

Both Leninism and Maoism used similar methods, though they also used violent revolutionary methods to directly slaughter various counter-revolutionaries. During their country’s period of revolution, and in order to maintain power, they sought to divide society as much as possible.

The Chinese Communist Party (CCP) seized power in mainland China in 1949. Their practices mirror leftist America’s preoccupation with the stark classification of identities and privilege. Everyone in mainland China had to report their origin, ancestors, and whether they were rich or poor during the preceding 49 years.

At that time, the division was simpler, with only a few categories, such as workers, capitalists, landlords, rich peasants, poor peasants, middle peasants, urban craftsmen, and businessmen. Later on, this identity classification became more and more detailed, and of course, there were more and more types, until finally, there was a family origins birth code.

The father of a friend of mine has a story about identity during the height of the Cultural Revolution. He and a friend were cleaning up one day when the friend accidentally knocked over a plaster statue of Mao Zedong, which broke. In fear, he trembled with fright and almost passed out. My friend’s father quickly comforted him and said: “Don’t be afraid. If someone asks, say that I accidentally toppled it over, not you.”

The only difference between the two friends was their origin and identity. My friend’s father was born to a poor peasant, and his friend was born to a landlord. In communist China, the same mistake made by a landlord made him a counter-revolutionary, while a poor peasant would remain innocent.

When I told this story to people after the Cultural Revolution, most found it absurd and laughed at the silliness. I didn’t ever expect it to be so relevant in the United States almost 50 years later.

Many of the protestors of the California ethnic studies bill are Chinese. For Chinese from mainland China, Hong Kong, or Taiwan, the stench of these identity theories is picked up immediately, because it’s all too familiar.

At an April 26 rally in Los Angeles, parent Kelson Sun spoke to the Chinese-language edition of The Epoch Times. He said that dividing people by skin color and advocating racism is actually paving the way for the realization of racial discrimination. Therefore, teaching the content of racism courses in schools is implementing a kind of systematic hate education. He said the point of this kind of education is mainly to incite hatred.

“Whether it is a racial division or other divisions, it is inciting hatred. In human history, whether it is in mainland China, Burma, or in Cambodia, we can clearly see the homicide caused by hatred education. I believe that anyone who maintains the foundation of the United States should not pass such a proposal,” he said.

“If there are Americans who still don’t know [the evil consequences], I suggest you go to the Khmer Rouge Memorial and see the piles of bones. Just think about why those people shot their compatriots? It’s because there is hatred in their hearts. Hatred. Where did it come from? Isn’t it just indoctrination? If you don’t agree with this kind of hatred, you won’t be able to graduate or find a job. We don’t want our children to fall into this situation.”

“This is purely a hate attack against Asians,” he said.

“We came to the United States to pursue freedom and human rights, and to pursue a better life. We hope that the next generation will grow up with all kinds of freedom, instead of being brainwashed and imaged as the Red Guards of the Chinese Cultural Revolution, full of hatred for our society.”

I agree with the views of these Chinese parents. The premise of critical race theory is that the United States is a racist and oppressive country, and this is taken as a truth that doesn’t need to be proven.

The United States does have racial issues, just like all other countries. Every race in this world, whether it’s white or yellow or black, and every country of whites, Asians, or blacks, has had cultural or racial discrimination. You cannot just take these problems and slap a label on them as systemic or institutional rather than originating from the flaws of humanity.

What we need to be most vigilant about is that some people are using economic, racial, gender, and class identity to divide American society and create hatred. The road to hell is paved with good intentions, and today’s well-intentioned divisions of society are no different.