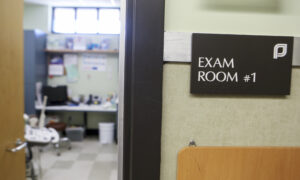 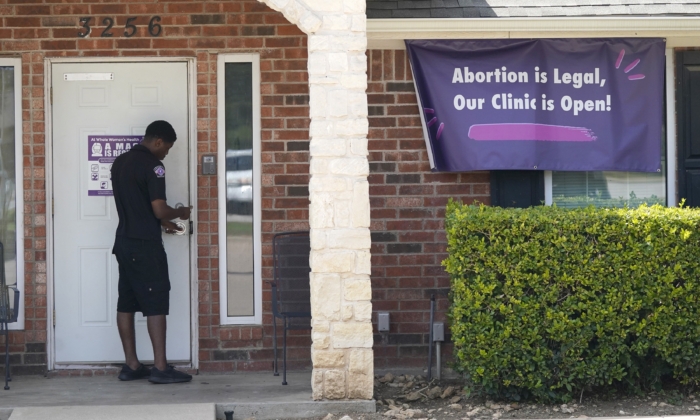 A security guard opens the door to the Whole Women's Health Clinic in Fort Worth, Texas, on Sept. 1, 2021. (LM Otero/AP Photo)
US News

A Texas doctor who performed an abortion in violation of a new state law and faces the prospect of a private-action lawsuit for damages of up to $10,000 published an op-ed in The Washington Post on Sept. 19.

Dr. Alan Braid wrote that he has performed abortions in Texas since 1973, the year when the Supreme Court outlawed most state limits on abortion until 22 weeks of pregnancy. The passage of the new Texas law shut down 80 percent of the abortion business at his two clinics, Braid wrote, adding that the situation for him “is 1972 all over again.”

“And that is why, on the morning of Sept. 6, I provided an abortion to a woman who, though still in her first trimester, was beyond the state’s new limit. I acted because I had a duty of care to this patient, as I do for all patients, and because she has a fundamental right to receive this care,” Braid wrote.

Unlike other so-called “fetal heartbeat” bills, the legislation in Texas withstood scrutiny by the Supreme Court because it expressly prohibits the state from enforcing the law. The Texas bill, known as S.B. 8, instead makes it legal for private citizens to sue the people involved in providing the abortion for up to $10,000 each.

Braid’s clinics are represented by the Center for Reproductive Rights in a federal lawsuit challenging S.B. 8.

“I understand that by providing an abortion beyond the new legal limit, I am taking a personal risk, but it’s something I believe in strongly,” Braid wrote. “I have daughters, granddaughters, and nieces. I believe abortion is an essential part of health care.”

While Braid referred to abortion as “health care,” opponents of the procedure view it as the killing of unborn children. As of January, an estimated 62.5 million abortions have been performed in the United States since the Roe v. Wade ruling in 1973.

After the Supreme Court declined to take up the challenge to S.B. 8, some Republican-led states began to work on their own similar versions of the bill. Views on abortion are split sharply along political lines, with the vast majority of Democrats for it and Republicans against it.

Braid didn’t say whether a private action lawsuit has been brought against him for performing the abortion and it’s unclear if such an action has been filed in Texas. The first such lawsuit would likely become a secondary testing ground for S.B. 8.