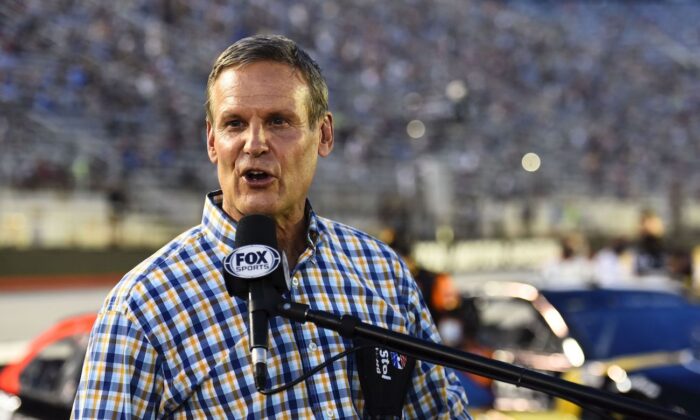 Tennessee Gov. Bill Lee signed a law to protect access to gender-specific bathrooms on Friday, triggering many progressive groups to claim the law will discriminate against the LGBTQ community.

The legislation, called The Tennessee Accommodations for All Children Act (pdf), mandates that a public school has to provide “a reasonable accommodation” to a person who submits a written request: “For any reason, is unwilling or unable to use a multi-occupancy restroom or changing facility designated for the person’s sex and located within a public-school building, or multi-occupancy sleeping quarters while attending a public school-sponsored activity.”

The Human Rights Campaign (HRC) criticized the governor’s signing of the bill in a statement issued on Friday, calling it discriminatory.

“These anti-equality pieces of legislation are being pushed by national extremist groups and peddled by lawmakers in Tennessee in an effort to sow fear and division,” the HRC said. “The bill further discriminates against transgender students and opens up schools to legal consequences if a student believes they have shared a sex-segregated space – bathrooms, locker rooms or another changing facility – with a transgender student. This bill is squarely in defiance of federal law and flagrantly discriminatory.”

Governor Lee’s office did not immediately respond to a request for comment on the bill.

However, prior to signing the legislation, Lee told the Chattanooga Times Free Press the bill “provides equal access to every student,” he said after touring a Nashville public charter school last week. “It’s a reasonable accommodation, it allows for accommodation for every student regardless of their gender. I think that’s a smart approach to the challenge. And I’ll be signing that,” the governor added.

According to the National Conference of State Legislatures, whose mission is to strengthen the “independence and integrity” of state legislatures, recorded that as of 2019, 16 states have considered “bathroom bills” that would restrict access to multiuser restrooms, locker rooms, and other sex-segregated facilities on the basis “biological sex.”

To counter bills like the Tennessee one, the HRC is pushing for the Democrats to pass the Equality Act, saying that it will ensure “future administrations fully enforce non-discrimination laws.”

Democrats in the House of Representatives passed the Equality Act in late February, claiming it will prevent discrimination against people based on sexual orientation and gender identity. The Equality Act would amend the 1964 Civil Rights Act.

Speaker of the House Nancy Pelosi said in a statement, “With the reintroduction of the Equality Act, Congressional Democrats are making a resounding commitment to this truth: that all Americans must be treated equally under the law, not just in the workplace, but in every place.”

Emilie Kao, director of Heritage’s Devos Center, explained in a March interview the ways in which the Equality Act would affect life for everyday people who believe in biological sex.

“It really is important for Americans to understand that disagreement is not discrimination. We should be able to disagree about things like gender identity and same-sex marriage, and that should not be treated as discrimination,” said Kao.

“About half the States have added sexual orientation and gender identity as protected classes to their Civil Rights Law, and activists have weaponized those laws to punish people who disagree with them about marriage and about gender identity,” Kao added.  “So, they’ve not only punished people in the wedding industry like bakers, florists, and photographers, and they have punished these agencies that serve foster children and families that want to care for them. They’ve also used these laws in the States to punish a women’s homeless shelter that did not want to admit a biological man.”