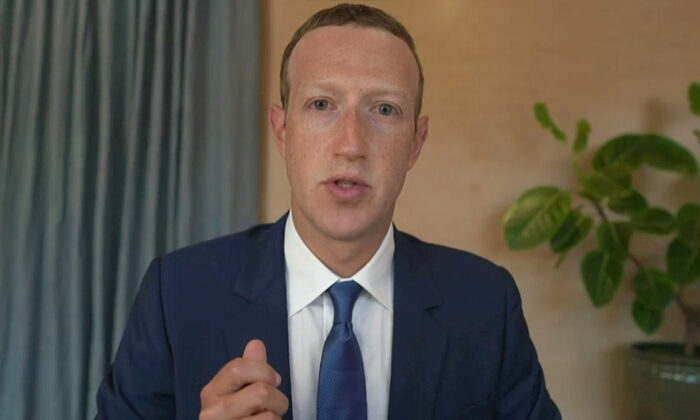 Facebook CEO Mark Zuckerberg testifies remotely via videoconference in this screengrab made from video during a Senate Judiciary Committee hearing titled, "Breaking the News: Censorship, Suppression, and the 2020 Election," on Facebook and Twitter's content moderation practices, on Capitol Hill in Washington on Nov. 17, 2020. (U.S. Senate Judiciary Committee via Reuters)
Election Integrity 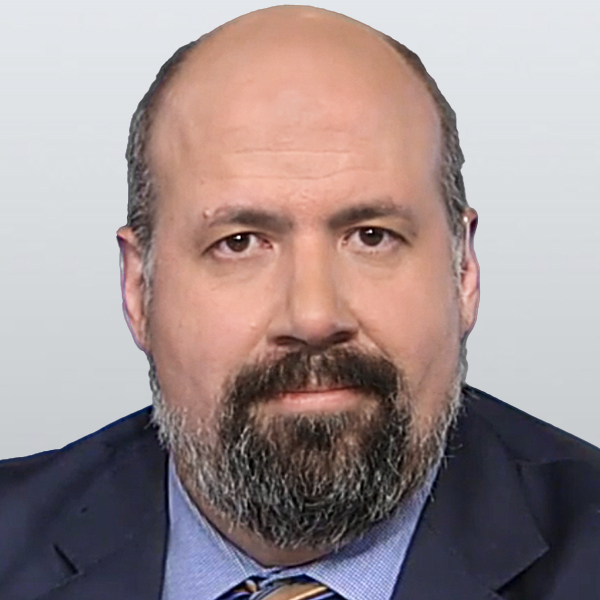 The $332 million that Facebook founder Mark Zuckerberg and his wife Priscilla Chan provided to a progressive group to help run the 2020 elections was distributed on a highly partisan basis that favored Democrats, according to a new analysis by election data experts.

While these “Zuckerbucks” or “Zuck bucks” were touted as a resource meant to help all jurisdictions administer the election during the COVID crisis, tax records filed by the progressive Center for Tech and Civic Life show that the group “awarded all larger grants—on both an absolute and per capita basis to deeply Democratic urban areas,” particularly in swing states, according to the new report. Its authors are William Doyle, research director at the right-leaning Caesar Rodney Election Research Institute, and Alex Oliver, chief data scientist at Evolving Strategies, a nonpartisan research group.

The report contrasts with a report Zuckerberg commissioned in December, which emphasized that “more Republican jurisdictions, defined as municipalities that voted for Trump in 2020, applied for and received grants.”

Doyle and Oliver say this conclusion is misleading because Republican jurisdictions were far more likely to receive grants of less than $50,000, which, they wrote, were “likely not substantial enough to provide the funding, infrastructure, and personnel to materially change election practices in the recipient jurisdiction.” These small grants comprised 27 percent of the center’s awards.

In the counties where CTCL made its 50 largest grants in terms of per capita spending, the average partisan lean in favor of Democrat Joe Biden over Republican Donald Trump was 33 points—meaning the aid could be expected to stimulate more Democratic votes. Twenty-five of the top 50 grants per capita went to just five states—Georgia, Pennsylvania, Wisconsin, Florida, and Texas (the latter two where “Democrats were optimistic about Biden’s chances,” the authors write). Seven of the top ten largest grants per capita went to counties in Georgia and Wisconsin, states that Biden narrowly won by 12,000 and 21,000 respectively. (Along with the report, Evolving Strategies has put together an online map and visualization app that tracks CTCL’s top 100 grants on a per capita basis.)

“The distribution of the CTCL program’s grant amounts—both in absolute and per capita terms—shows, unequivocally, a systematic bias in favor of Democratic jurisdictions,” they write. The larger grants revealed a “partisan pattern of funding [that] was especially apparent in swing states. Regardless of intention, CTCL’s geographic allocation of larger grants is prima facie and de facto partisan.”

Before 2020, the private funding of election administration was virtually unheard of. Against positive coverage of the development in liberal news media, conservative activists sounded the alarm about CTCL’s efforts. “Privatizing the management of elections undermines the integrity of our elections because private donors may dictate where and how hundreds of millions of dollars will be managed in these states,” Phill Kline of the Thomas More Society told the Washington Post. Since 2020, 17 states have effectively banned the private funding of local election offices either through new laws or regulations. Two other states, Alabama and Missouri, are awaiting for the governor’s signature on similar bills.

The center and its defenders have argued that it is only logical that urban areas, which tend to support Democrats, would get more grant money, simply because they have more voters. But Doyle and Oliver’s analysis shows that those areas received more funding on a per capita basis. While the grant size for urban areas might naturally be larger overall, they said, areas with high concentrations of voters should result in economic efficiencies where “substantial fixed cost of election administration is spread out over a relatively larger population, decreasing the per capita cost.” If anything, they said, per capita costs of running an election should be higher in more rural Republican areas.

The report showed that Georgia alone received 10 of the top 50 grants per capita, totaling $41 million—more than 10 percent of the $332 million CTCL spent across the country. Nine of those grants went to counties with an average partisan lean of 35 points in favor of Joe Biden.

The center awarded a total of $10.1 million in grants in Wisconsin, but $8.5 million of that went to the cities of Green Bay, Kenosha, Madison, Milwaukee, and Racine—cities where Biden’s average margin of victory was over 37 points. All five cities ranked on CTCL’s top 50 per capita grants. Similarly, Pennsylvania had four of the top 50 per capita grants, amounting to $16 million. Some $15 million of those grants went to Philadelphia and to Delaware and Chester counties in the Philadelphia metro area. The Philadelphia vote favored Biden by 64 points, and Delaware and Chester voted Biden by 27 and 17 points respectively. Biden won Pennsylvania by just 1.2 points, so the victory might have been sealed by the influx of cash from private sources to the Philadelphia region, the state’s biggest cache of votes, which also has a history of corruption and electoral fraud.

The CTCL did not respond to RealClearInvestigations’ request for comment. Its executive director, Tiana Epps-Johnson, told the Washington Post in February that the grants given out “reflected where the requests for funding came from, not any bias on the part of her organization.” But the center has offered no insight into its internal process for awarding grants.

An investigation by Broad and Liberty, a right-leaning publication dedicated to Pennsylvania politics, obtained emails showing that the office of Pennsylvania’s Democratic Gov. Tom Wolf coordinated with left-wing nonprofits to implement a secretive process that selectively invited Democratic counties to apply for “Zuck bucks” grants.

The center did not just award money to counties and cities that applied for grants—in many cases it embedded progressive activists into key local election offices to shape how elections were run. In Green Bay, Wisconsin, emails to the mayor’s office from the center touted its “network of current and former election administrations and election experts available” to build up “vote by mail processes” and “ensure forms, envelopes, and other materials are understood and completed correctly by voters.” In a July 13, 2020 email to the center, Celestine Jeffreys, chief of staff for Green Bay Mayor Eric Genrich, wrote, “As far as I’m concerned I am taking all of my cues from CTCL and work with those you recommend.”

Eventually the center helped install an out-of-state operative named Michael Spitzer-Rubenstein in Green Bay and other Wisconsin election offices, who engaged in activities unusual for someone other than a public official—such as asking for direct access to the Milwaukee Election Commission’s voter database and other sensitive data. Spitzer-Rubenstein became so active in running Green Bay’s election that City Clerk Kris Teske, unhappy with being replaced in her job, took leave a few weeks before the election and quit shortly thereafter.

“I was verbally abused by the Mayor in front of everyone …” she reportedly wrote in one email. “He had agenda when it came to the election and I nor the Clerk’s Office were included even though it’s the Clerk’s job to administer an election. He allowed staff who were not educated on election law to run the election, along with people who weren’t even City of Green Bay employees.”

Though technically considered a nonpartisan organization, CTCL’s leadership team has an extensive history of working with the Democratic Party and progressive causes. Epps-Johnson founded the organization with Whitney May and Donny Bridges. All three previously worked together at the New Organizing Institute, which the Washington Post described as “the Democratic Party’s Hogwarts for digital wizardry” and the “left’s think tank for campaign know-how.”

A further Democratic-Zuckerberg intersection: Former Obama campaign manager David Plouffe is listed as head of policy and advocacy at the Chan Zuckerberg Initiative, the power couple’s philanthropy. In his 2020 book, “A Citizen’s Guide to Beating Donald Trump,” Plouffe wrote that the 2020 election “may come down to block-by-block street fights in Detroit, Philadelphia, and Milwaukee.”