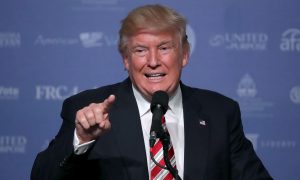 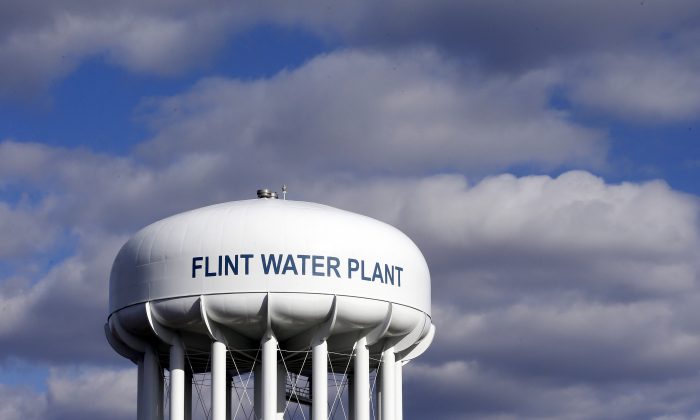 The Supreme Court on Jan. 21 allowed residents of Flint, Michigan, to pursue a lawsuit that accuses city and government officials of allowing the lead contamination of the city’s water supply.

The justices declined two appeals filed by the Michigan Department of Environmental Quality and Flint regulators that pushed the 6th U.S. Circuit Court of Appeals to review a ruling that allowed cases emerging from the 2014 Flint water crisis to move forward.

Officials’ demands for immunity were rejected by the lower court, which found that they violated  Flint residents’ constitutional right to “bodily integrity” by providing the contaminated water after switching water sources in a cost-cutting move six years ago.

“Knowing the Flint River water was unsafe for public use, distributing it without taking steps to counter its problems, and assuring the public in the meantime that it was safe is conduct that would alert a reasonable person to the likelihood of personal liability,” the 6th U.S. Circuit Court of Appeals held.

“Any reasonable official should have known that doing so constitutes conscience-shocking conduct prohibited by the substantive due process clause,” it said.

Flint residents said in a filing (pdf) with the Supreme Court that they hope to make liable state officials who “personally caused, extended, and exacerbated Flint’s water crisis.”

Flint switched its public water source from Lake Huron to the Flint River to reduce costs during a financial crisis. The corrosive river water caused lead to leach from pipes, and months after the switch the city said they had detected fecal coliform bacteria in the water supply.

The contamination caused an outbreak of bacteria-caused Legionnaires’ disease, which killed 12 people, despite the city switching back to Lake Huron water the next year. Dozens more were hospitalized.

According to court records, more than 25,000 people have reported being harmed through exposure to contaminants in Flint, including lead and bacteria. Others have said they have experienced ailments such as rashes and hair loss.

Attorneys for Flint state officials argued in a Supreme Court filing that they “did not intentionally or purposefully inject plaintiffs with lead or force them to ingest anything.”

“They were doing the best they could in difficult circumstances with limited information certified by Flint as accurate and in compliance with lead and copper mandates,” the state officials said.

News of the Supreme Court’s ruling was welcomed by attorney Michael Pitt as a major victory for Flint residents and his clients, who he believes have been “denied justice,” reported Michigan Radio.

“It’s time for the people of Flint to start feeling like they are going to get their day in court,” said Pitt, co-lead counsel on the class action lawsuit. “This just moves the entire process closer to that day.”