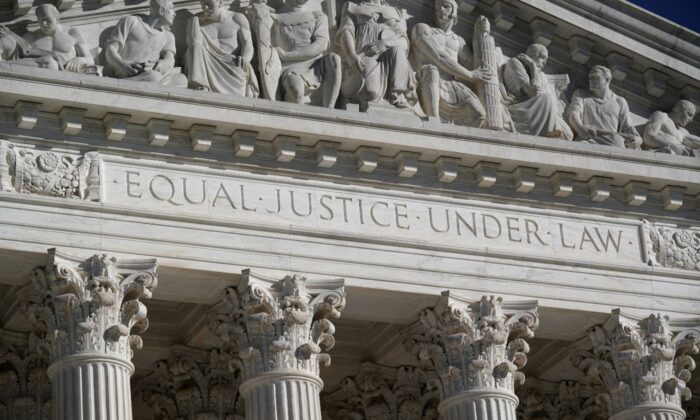 The Supreme Court agreed to wade into a long-running dispute between Texas and a Native American tribe over the tribe’s right to run gaming operations on its land in the state.

If the Texas tribe were to win the high court case, there could be a ripple effect across the nation, spurring more tribe-controlled casinos and gaming operations.

In the unsigned order on Oct. 18 in Ysleta Del Sur Pueblo v. State of Texas, court file 20-493, the justices, as is their custom, offered no explanation for their decision.

The Ysleta del Sur Pueblo, sometimes called simply the Pueblo, is one of only three federally recognized Native American tribes and sovereign nations in the Lone Star State. The Pueblo was established by the tribal community known as the Tigua in 1682.

While the Pueblo wants to continue offering bingo games at Speaking Rock Entertainment Center in El Paso, the state says the tribe is subject to state law, which the state maintains forbids it. The tribe, in turn, argues that Texas law violates its sovereignty.

“The Ysleta Del Sur Pueblo and its members are grateful for the opportunity to present these issues to the Supreme Court,” he told The Epoch Times in an emailed statement.

“This is an important case involving the sovereignty and self-determination of Native American tribes, and the interpretation of federal statutes protecting those rights. We look forward to vindicating our clients’ position in the Supreme Court.”

The U.S. Court of Appeals for the 5th Circuit ruled against the tribe, finding that the state was within its legal rights to bar gaming startups by the tribe. Gaming is an industry euphemism for gambling.

The Biden administration argues that it’s unfair the tribe doesn’t have the same gaming rights that many other tribes around the nation already enjoy.

The Supreme Court should “correct the court of appeals’ erroneous construction of the [statute],” which has “impaired the uniformity of a federal regulatory scheme, has uniquely disadvantaged … tribes, and has generated repeated litigation and substantial confusion for nearly three decades,” Fletcher stated in the brief.

Texas, which generally opposes gambling, argued in court documents that the appeals court made the correct decision and urged the Supreme Court to decline the case.

In a brief, Lanora C. Pettit, principal deputy solicitor general of Texas, wrote that “the question presented in the most recent chapter in this legal saga is whether the lower courts correctly held that the tribe violated Texas public policy by operating a casino that offers thousands of ‘bingo’ devices that are designed to be virtually indistinguishable from Las-Vegas-style slot machines as well as 24-hour high-stakes, live-call bingo.”

The law governing Native American tribes in the United States is complex.

The federal government and Indian tribes have a special relationship. As the Supreme Court found in U.S. v. Mitchell (1983), “a general trust relationship between the United States and the Indian people” has long existed. That the U.S. government has a duty to honor its treaty commitments is called the doctrine of trust responsibility.

In 1988, Congress approved a separate statute, the Indian Gaming Regulatory Act (IGRA), which created a regulatory framework securing a tribe’s right to offer certain gaming activities on its sovereign land if those activities are otherwise legal in the state where they take place.

The 5th Circuit Court of Appeals sided with Texas, holding that bingo games at Speaking Rock Entertainment Center were unlawful and that the applicable gaming rights were governed by the 1986 law, not IGRA.

The IGRA allows tribes to run bingo-based games under a category it calls Class II gaming. Class III gaming, such as table games and slot machines, can’t be offered unless the tribal and state governments enter into a compact.

The office of the Texas attorney general, which is defending the state in the lawsuit, didn’t immediately respond to a request by The Epoch Times for comment.