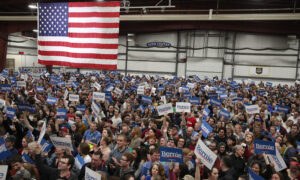 The Mind of the Sanders Millennial
0 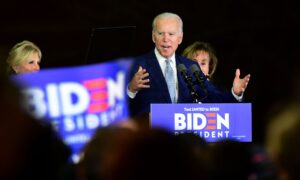 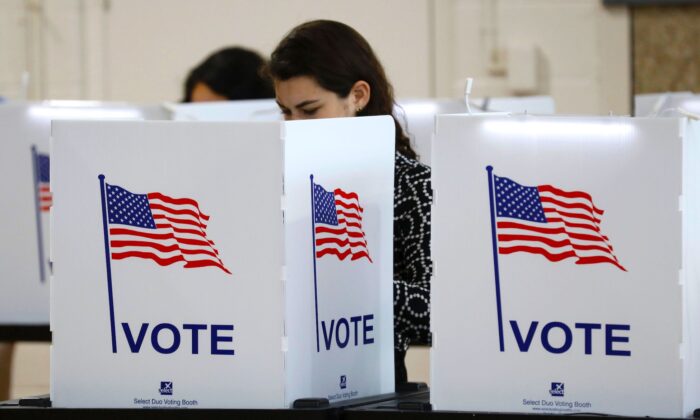 Just over a week ago, voters in 14 states participated in the first Super Tuesday of the year on March 3, where Biden won 10 states and also took the lead in delegates over Sanders in the race for the Democratic presidential nomination. Meanwhile, in the race for the Republican nomination, out of 834 delegates, President Donald Trump collected 833 and former Massachusetts Gov. Bill Weld won one delegate.

Here was how the night unfolded:

The final results were published on Wednesday morning.

Sen. Elizabeth Warren, who dropped out of the race last week, earned 366 votes. A number of other former contenders also received votes.

Rep. Tulsi Gabbard (D-Hawaii), the only other contender remaining in the field outside Sanders and Biden, got 89 votes.

The Democratic presidential primary in Washington state is too early to call, according to The Associated Press.

“All votes in Washington state are cast by mail or by dropping them off in a ballot box, and the state counts a significant amount on the day of the election,” it reported. “But once that first update is released, election officials only provide an update once a day until all the late-arriving ballots are counted.”

Joe Biden and Bernie Sanders appear to be in a close race according to the first set of results released late Tuesday. Of the roughly 1 million votes counted so far, Biden and Sanders each won about 33 percent.

Most counties in Washington state will update their results Wednesday.

Idaho, which has 20 pledged delegates on offer, is using a primary in 2020 after having used a caucus in 2016; Bernie Sanders defeated Hillary Clinton for the Democratic presidential nominee at the time.

Officials have said switching to a Democratic primary this year from a caucus could significantly increase the number of participants and play a role in the outcome, The Associated Press reported.

Trump Wins in All 6 States on Super Tuesday II

President Donald Trump has won or is projected to win multiple Republican presidential primaries and the North Dakota caucus late Tuesday as polls close and results flow in from multiple states.

Trump took to Twitter to celebrate his victories in Mississippi, Missouri, Michigan, and Washington Republican primaries, as well as the North Dakota Republican caucus.

Joe Biden said late Tuesday that it is “another good night” and “a step closer to restoring decency, dignity, and honor to the White House” as he celebrated his projected wins in the Mississippi, Missouri, and Michigan Democratic presidential primaries.

“I want to thank Bernie Sanders and his supporters for their tireless energy and their passion. We share a common goal, and together we’ll defeat Donald Trump. We’ll defeat him together,” Biden said.

Biden also spoke about the coronavirus outbreak and said he would propose a plan.

“This whole coronavirus issue is a matter of presidential leadership, and later this week I’ll be speaking to you on what I believe the nation should be doing to address this virus,” Biden said.

“Tommy Tuberville (@TTuberville) is running for the U.S. Senate from the Great State of Alabama,” Trump wrote on Twitter. “Tommy was a terrific head football coach at Auburn University.

“He is a REAL LEADER who will never let MAGA/KAG, or our Country, down!” Trump added. “Tommy will protect your Second Amendment (which is under siege), is strong on Crime and the Border, and truly LOVES our Military and our Vets. He will be a great Senator for the people of Alabama. Coach Tommy Tuberville, a winner, has my Complete and Total Endorsement. I love Alabama!”

Sessions was the first Senate Republican to endorse Trump in 2016 before joining his administration. Sessions resigned at Trump’s request. Trump had repeatedly criticized Sessions’s decision to recuse himself from the probe into Russian meddling in the 2016 election.

“The math says Joe is our prohibitive nominee,” Yang said. “We need to bring the party together. We need to start working on defeating Donald Trump in the fall.”

Joe Biden is projected to win the Michigan Democratic primary, the state with delegates up for grabs out of six states voting in Super Tuesday II, with 125 pledged delegates.

Biden led Sanders by 53.1 percent to 39.3 percent with 52 percent of precincts reporting.

The Associated Press at 9:05 p.m. ET called a win for Biden in Michigan.

The Associated Press has called “decisive wins” for Joe Biden in Missouri and Mississippi, calling it an “early blow” to Bernie Sanders.

Polls have closed in the two states, along with North Dakota. There was no immediate projection for North Dakota.

Biden was also projected to win the two states by Edison Research and television networks based on exit polls and early results.

Michigan has the most pledged delegates, at 125 for Democrats and 73 for Republicans. Both former Vice President Joe Biden and Sen. Bernie Sanders (I-Vt.) spent ample time in the state in the lead-up to the vote. The numbers of delegates up for grabs in other states are Idaho (20), Mississippi (36), Missouri (68), North Dakota (14), and Washington (89).

A candidate needs to win at least 1,991 delegates of the total 3,979 to win the Democratic nomination on the first ballot by the party’s national convention on July 13-16 in Milwaukee. Democrat candidates must finish with at least 15 percent of the vote for them to win any delegates in a given state—either in the statewide total or an individual congressional district.

Trump needs 1,276 delegates out of 2,551 to win the Republican nomination at the party’s national convention scheduled for Aug. 24-27 in Charlotte, North Carolina.

As of Tuesday night, in the Democrat race, Biden has a total of 695 delegates, followed by Sanders on 590 delegates. Gabbard only has two. In the Republican race, Trump has collected 887 delegates, and Weld has one.

Sanders’s campaign first announced March 10 that his rally in Cleveland would be canceled.

“Out of concern for public health and safety, we are canceling tonight’s rally in Cleveland. We are heeding the public warnings from Ohio state officials, who have communicated concern about holding large, indoor events during the coronavirus outbreak,” according to a statement from his campaign.

While Sanders expressed his regret to would-be attendees, he said that all future campaign events will have to be evaluated.

A statement from Biden confirmed he would also cancel a rally in Cleveland.

“In accordance with guidance from public officials and out of an abundance of caution, our rally in Cleveland, Ohio tonight is cancelled. We will continue to consult with public health officials and public health guidance and make announcements about future events in the coming days,” said a statement to local news outlets. “Vice President Biden thanks all of his supporters who wanted to be with us in Cleveland this evening. Additional details on where the vice president will address the press tonight are forthcoming.”