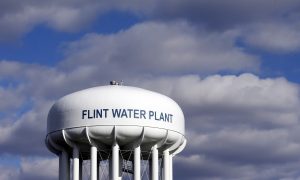 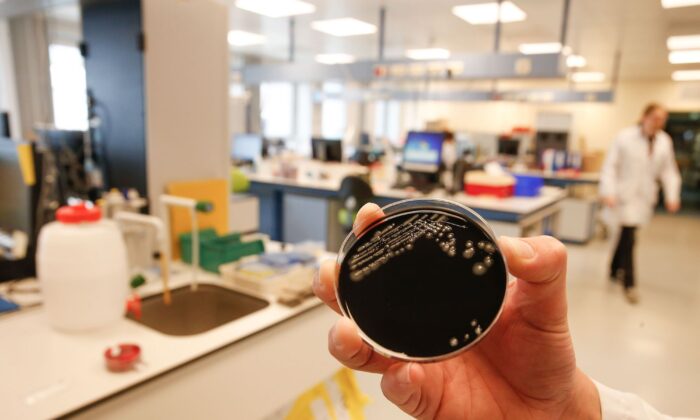 A culture of the Legionella bacteria is seen at a hospital in Ghent, Belgium, on May 17, 2019. (Nicolas Maeterlinck/AFP/Getty Images)
US News

Public health officials in Illinois, Michigan, and Rhode Island have reported a rise in cases of Legionnaires’ disease, a type of severe pneumonia caused by the Legionella bacteria, which can grow in poorly maintained water systems.

The Rhode Island Department of Health (RIDOH) said in a statement that, between June 2 and July 26 of this year, there have been 30 reported cases of Legionnaire’s disease in the state. This is a threefold increase compared to the June-July periods between 2014 and 2020, when an average of ten cases was reported each year.

Officials at the Chicago Department of Public Health (CDPH) told The Associated Press they have recorded 49 cases of Legionnaires’ disease in the first three weeks of July, three times more than the same period in 2020 and 2019. Of the 49 people who got the illness in Illinois, 15 were hospitalized and two died, according to the report. Officials have not yet identified the source of the exposure.

Michigan health authorities have also reported a spike in infections by the Legionella bacteria, with 107 cases recorded between July 1 and July 14. This represents a 569 percent increase compared to the same period in 2020 and a 161 percent rise relative to 2019. Michigan officials have not identified the source of the exposure.

“Recent weather trends including rain, flooding, and warmer weather may be playing a role in the rise of reported legionellosis cases this summer,” said Dr. Joneigh Khaldun, MDHHS chief medical executive and chief deputy director for health. “We want everyone to be aware of Legionnaire’s disease, especially if they may be at higher risk for illness and we ask that healthcare providers remain vigilant, and test and treat appropriately.”

Of the 30 people who contracted the disease in Rhode Island, 28 have been hospitalized. Authorities there have also not yet identified the source of exposure to the Legionella bacteria, which are found naturally in freshwater environments, like lakes and streams but can also grow in building water systems, including plumbing systems, showerheads, and hot tubs.

Building closures and lower use of water systems associated with the COVID-19 pandemic may have contributed to the spike in cases, according to officials.

“We know that Legionella bacteria grow best in complex water systems that are not well maintained,” RIDOH director of health Dr. Nicole Alexander-Scott said in a statement. “When this water becomes aerosolized in small droplets, such as in a cooling tower, shower, or decorative fountain, people can accidentally breathe in the contaminated water. This is of particular concern now as some buildings’ water systems have been offline for a prolonged period due to the COVID-19 pandemic and are just now returning to service.”

Legionnaires’ disease does not normally spread from person to person, according to a fact sheet (pdf) from the Centers for Disease and Prevention (CDC). People can get infected when small droplets of water that contain the Legionella bacteria get into the air and are breathed in.

“In rare cases, someone breathes in Legionella while they are drinking water and it ‘goes down the wrong pipe into the lungs,’ the CDC said.

Symptoms can include cough, shortness of breath, muscle aches, headache, and fever.

Risk factors include being a current or former smoker, having chronic lung disease, and a weakened immune system.