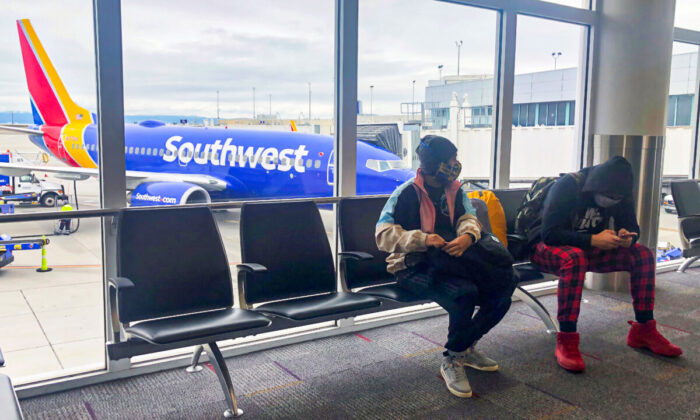 A federal jury in Texas ordered Southwest Airlines and its union on July 14 to pay a former flight attendant who opposes abortion $5.3 million after she was fired for sending pro-life messages to her union’s president.

Mark Mix, president of the National Right to Work Foundation, which represented Carter in court, was elated at the verdict.

“It’s a good day for courage and it’s a good day for individual freedom and liberty. It’s exciting. It’s been a five-year odyssey for Charlene, and for our legal team,” Mix told The Epoch Times in an interview.

Carter’s story goes back to 1996 when, as a Southwest employee, she joined TWU Local 556. A pro-life Christian, she resigned from the union in 2013 upon learning her union dues were being spent to promote social causes that violated her conscience and religious beliefs.

Despite exiting the union, Carter was still forced to pay fees in lieu of union dues as a condition of her employment. State-level right-to-work laws don’t exempt her from forced fees because airline and railway employees fall under the federal Railway Labor Act (RLA), which allows union officials to have a worker fired for refusing to pay union dues or fees. Despite this, the RLA protects the rights of employees to remain nonmembers of the union, to criticize the union and its leadership, and to advocate for changing its leadership.

When Carter discovered in 2017 that TWU Local 556 President Audrey Stone and other union officials used union dues to attend a pro-abortion event in the nation’s capital and that the company had accommodated local members wishing to attend by rearranging their work schedules, she took to social media to challenge Stone’s leadership. The airline demanded a meeting with Carter, informing her that Stone felt harassed by Carter’s issue advocacy.

Mix said Carter objected to her forced union fees “being used for political purposes” such as attending a Planned Parenthood rally and the Women’s March. She also didn’t like that the union sent out notices to all union members “saying they should oppose the national right to work law,” which he said she supported.

Sponsored by Sen. Rand Paul (R-Ky.), the proposed National Right-to-Work Act (S. 406), is currently pending in Congress. It would repeal provisions of the National Labor Relations Act and the Railway Labor Act that allow employers to make an agreement with a labor union to require employees to join that union as a condition of employment.

In this case, the union complained to the airline about Carter’s political views and got her fired, Mix said. Under current law, the employee is represented in grievance proceedings by the union when a firing takes place, he said.

Both the union and the employer are required “to make accommodations for sincere religious beliefs,” Mix said. The union was in breach of the duty of fair representation “and this is the problem with union monopoly bargaining: when you have a dispute against the union, who do you go to to represent yourself in front of your employer?”

“This is one of those cases where Southwest for some reason decided to really go hard against Charlene,” Mix said, adding she had “no blemishes” on her employment record.

“The idea that the money she’s compelled to pay in order to keep her job was used for political and ideological causes that have nothing to do with her workplace is really an injustice.”

“This is a pretty good indication that both companies and unions need to watch out if they’re going to violate employee rights,” Mix said. If the cases go to jury trials, “there is a punishment for that, and today we saw that.”