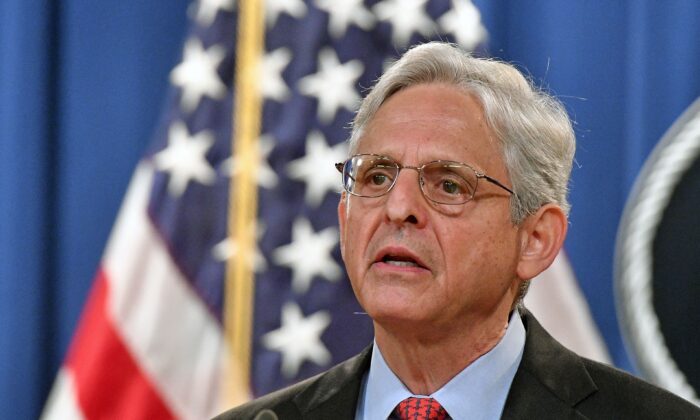 Some School Board Associations Denounce National Group’s Letter Over Threats

The NSBA compared parents to domestic terrorists and called for the president to direct the federal government to “deal with the growing number of threats of violence and acts of intimidation occurring across the nation.”

Several days later, the Department of Justice (DOJ) announced it was tasking FBI agents and U.S. attorneys to convene to discuss strategies for addressing threats against school administrators, board members, teachers, and staff.

Janet Turney-Giles and Gina Patterson, president and executive director of the Virginia School Boards Association, said in a joint statement that they had not been consulted about the letter and were not informed it was sent. The group said it supports elected officials and their appointed leadership but also recognizes “the vital role parents play in the education of their children and within the school communities.”

“Those citizens who serve on Virginia’s local school boards deserve our thanks. There is no justification for physical or verbal threats directed against them, their staff, and certainly not the students. Nor is there any excuse for disrupting a public meeting. When such unfortunate events occur, the local officials, working with local law enforcement, must deal with the situation appropriately. While we look for support to our state and federal governments, we do not seek the involvement of federal law enforcement or other officials in local decisions,” they added.

“Our concern is that NSBA’s request and description of events is not a universal occurrence at all school boards, it fails to align with the standards of good governance, and it discourages active participation in the governance process. The NSBA’s request represents a huge step backwards in the collective advocacy efforts carried out by LSBA and other state associations in protecting and preserving openness, transparency, and local autonomy,” the group said in a letter.

The Louisiana association is now evaluating whether it will continue to be a member of the national group.

Kim Schelling, the group’s executive director, said it believes strongly in “the value of local control” and that “engaging with local constituents is a hallmark of democracy and disagreement expressed publicly is not new for school board members.”

While certain behaviors that have been reported are troubling, such as disruptions of school board meetings, they “appear to represent the isolated actions of a small number of people,” she added.

“Illegal acts, violence, and intimidation of any public officials will not be tolerated, and districts will continue to work closely with local law enforcement to address issues of public safety,” Schelling wrote, adding that the state group will likely need to see “corrective action” from NSBA’s leadership to remain a part of the national association.

The NBSA did not respond to a request for comment.

Other state boards indicated that they agreed with the NSBA’s call for action, which proved successful.

Susan Meek, a spokesperson for the Colorado Association of School Boards, in a lengthy blog post backed the letter, alleging the level of vitriol at school board meetings “has increased over the last few weeks, especially regarding mask mandates.”

“Additionally, violent acts, threats, and acts of intimidation are occurring throughout the nation at school board meetings, inhibiting the right of all viewpoints to be heard in a safe environment. These disruptions particularly impact parents who are attempting to speak or hear about all sides of an issue in a civil and peaceful environment,” she wrote.

The NBSA linked to a number of citations in its letter to Biden that is said highlighted “acts of malice, violence, and threats against public school officials,” adding that “the classification of these heinous actions could be the equivalent to a form of domestic terrorism and hate crimes.”

Most of the links go to stories about parents, upset about the teaching of controversial topics such as critical race theory, confronting school board members. Apart from one regarding an arrest in Illinois, no others parents appeared to show violence and a top Department of Justice official, testifying to Congress last week, declined to cite specific examples of violence at such meetings.

The official, Deputy Attorney General Lisa Monaco, said that it’s not “domestic extremism” to advocate at meetings, and that “spirited debate” is welcome but “violence is not appropriate.”

“We agree that any illegal activity should be prosecuted to the fullest extent of the law. We also recognize that a fundamental, bedrock principal of our democracy is the ability of citizens to communicate their views directly to elected leader,” the group said in a statement.

“Although we are thankful that the level of threats, intimidation, and harassment has not risen to such a level here in New York State as to require federal intervention, just knowing that the resources of the federal government are standing at the ready is greatly comforting. In the meantime, our organization is devoting its efforts to providing school boards and administrators with the necessary tools to diffuse public expressions of anger and upset, with the goal of returning to a time when civil discourse was a hallmark of school board meetings and we can all continue to serve as exemplars for our students,” it added.

The Massachusetts Association of School Committees and the Arizona School Boards Association also indicated approval of the DOJ’s order.

Activists have accused the DOJ of overstepping with the recent order. They’ve said school boards don’t like facing the increased scrutiny from parents.

“Nationwide, parents are paying attention. They’re asking the school board serious questions about how money is spent, the ideology that’s being promoted in the classroom. And these school board members don’t like getting these hard questions,” Asra Nomani, vice president of strategy and investigation for Parents Defending Education, said on NTD’s “The Nation Speaks.”

The parent-founded group has shed light on content they find concerning being taught to their children from books, including pedophilia and the idea that whiteness is a bad.

“My advice is be unapologetic in your defense of children, because we are their strongest advocates,” Nomani said. “These poor kids are minors in society and don’t have the kind of voice that we have and they should not be held hostage by activists who are trying to intimidate their biggest defenders.”