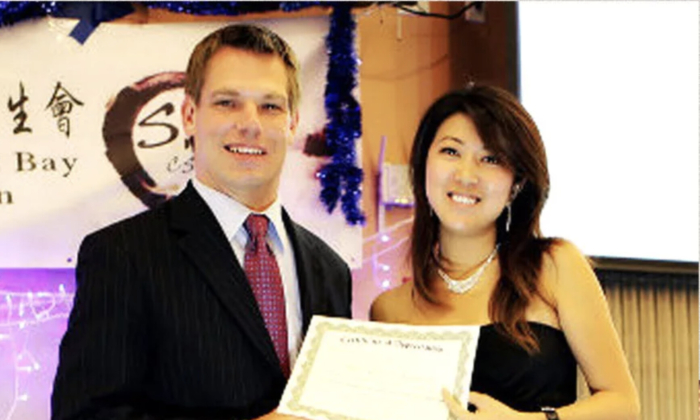 ‘Soft Targets’: Chinese Spies Have Been Exploiting US Politicians for Decades, Says Expert

A report that a suspected Chinese spy spent years cozying up to local and national-level politicians reveals that Beijing is investing significantly in long-term espionage operations to infiltrate U.S. politics, an expert said.

From 2011 to 2015, Christine Fang, a Chinese student at California State University–East Bay, cultivated extensive ties with local politicians in the Bay Area by volunteering in fundraising campaigns and attending political events. U.S. intelligence officials believe she was working under the direction of China’s top spy agency, the Ministry of State Security (MSS), according to a recent investigation by Axios.

Fang developed close ties to Rep. Eric Swalwell (D-Calif.), who in early 2015 became a member of the House Permanent Select Committee on Intelligence. She first knew Swalwell when he was a local city council member. Fang later fundraised for the congressman’s 2014 reelection campaign, and facilitated the placement of an intern in his office, the outlet reported.

She also had romantic or sexual relationships with two unnamed mayors of Midwestern cities, Axios said.

The operation was “beautifully handled” in the way it combined both intelligence gathering and political influence, said Nicholas Eftimiades, a former senior U.S. intelligence official and author of the book “Chinese Intelligence Operations,” in an interview with The Epoch Times.

Importantly, he said, it showed how the Chinese regime is willing to invest in the long game—targeting local officials who might become state or national representatives years down the line. It’s a strategy, he said, that “can really be devastating to another country.”

By targeting politicians, Fang was gaining access to those who might shape the United States’ policies toward China.

“When you have access to that, why do you need classified information?” Eftimiades said.

“You’re basically jumping over the secret world, and getting to the infrastructure that controls the nation,” he said. “And that infrastructure is, ironically, not protected.”

Congress members, not required to have security clearances, have been particularly vulnerable to covert influence and spying efforts for decades, Eftimiades said.

In 2018, Politico reported that a staffer for Sen. Dianne Feinstein (D-Calif.) was suspected of feeding political intelligence for years to his handlers at the Chinese consulate in San Francisco. The staffer was Feinstein’s driver and also served as a liaison for the Asian American community in the Bay Area, according to the San Francisco Chronicle.

Feinstein, who was chair of the Senate Intelligence Committee from 2009 to 2015 and remains on the committee today, issued a statement at the time, saying the FBI had briefed her about the staffer in 2013. She said the worker didn’t have access to classified information, and that he left her office after the briefing.

Director of National Intelligence John Ratcliffe wrote in a recent op-ed that this election year, the Chinese regime engaged in a “massive influence campaign that included targeting several dozen members of Congress and congressional aides.”

In a September speech to Wisconsin state lawmakers, Secretary of State Mike Pompeo warned about Chinese espionage and influence activity at local levels of government. He highlighted that the Chinese regime views sub-national-level officials as a “weak link” that can be exploited, particularly as the federal government under President Donald Trump has toughened its stance on Beijing.

Pompeo said the ultimate goal of the regime’s malign influence activities is to “make Americans receptive to Beijing’s form of authoritarianism.”

Swalwell told Politico that he had severed ties with Fang after the FBI alerted him of her suspicious activities in 2015, and he has refused to discuss the extent of his relationship with Fang. He’s not accused of any wrongdoing.

House Republicans, meanwhile, have called for Swalwell’s removal from the House Intelligence Committee, a position that allows him access to sensitive information not available to other congress members. House Speaker Nancy Pelosi (D-Calif.) defended Swalwell, saying that House Democratic and Republican leadership, along with the leaders of the House Intelligence Committee, were briefed about the alleged Chinese spy in 2015. House Minority Leader Kevin McCarthy (R-Calif.), however, said he was never briefed on the matter.

Using sexual or romantic relationships to lure American targets—so-called “honey traps”—is a “common tactic” in the Chinese espionage playbook, according to Eftimiades.

For instance, in 2014, a former U.S. military contractor in Hawaii was sentenced to 7 years in prison for passing national defense secrets to his Chinese girlfriend.

Benjamin Pierce Bishop was a retired Army lieutenant who held a top-secret security clearance working as a contractor in the U.S. Pacific Command. In 2014, the then-60-year-old admitted to emailing secrets about joint training and planning sessions between the United States and South Korea. The recipient was an unnamed 27-year-old Chinese woman who was doing graduate studies in the United States.

The pair had met in 2011 at an international defense conference in Hawaii. They became friends, then lovers. According to an FBI affidavit filed in the case, the woman may have been targeting individuals with access to classified information at the conference.

During the 1980s to early 2000s, the FBI was allegedly compromised by a double agent, Katrina Leung, an American citizen and high-value informant for the agency. However, during that time, she became longtime lovers with both of her FBI handlers. One of the affairs was with agent James J. Smith, which continued for 20 years. The FBI alleged that she took documents from Smith’s briefcase, photocopied them, and fed them to Chinese intelligence.

Leung was indicted in 2005, charged with five counts of unauthorized possession and copying of classified materials, but a judge later dismissed the case over prosecutorial misconduct.

Fang’s case is ultimately one component of a sprawling intelligence and influence apparatus orchestrated by the Chinese regime. “It’s far more vast than any other country on the planet,” Eftimiades said.

Separating Chinese efforts from other nations, the regime has perfected an integrated, holistic approach to subversion of Western democracies.

“China’s efforts go from its diplomatic efforts to its collection and influence efforts against the political infrastructure, to information efforts online, even down to their online trolls,” he added.

To combat this, Eftimiades said the United States should develop a consistent policy approach to deal with the Chinese regime.

“Congress needs to put this into legislation,” he said, covering key issues such as how the United States views its relationship with the regime, and its goals and objectives for the relationship over the next decades.

In addition, intelligence agencies need to work more with Congress members and officials at sub-national levels of government, to prepare them for potential interactions with Chinese influence or intelligence agents.

“It’s a matter of coordination and sharing information, sharing best practices, making people understand that they have a responsibility in protecting national security,” he said.