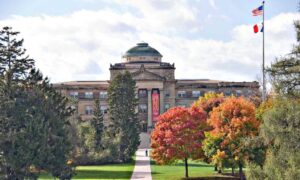 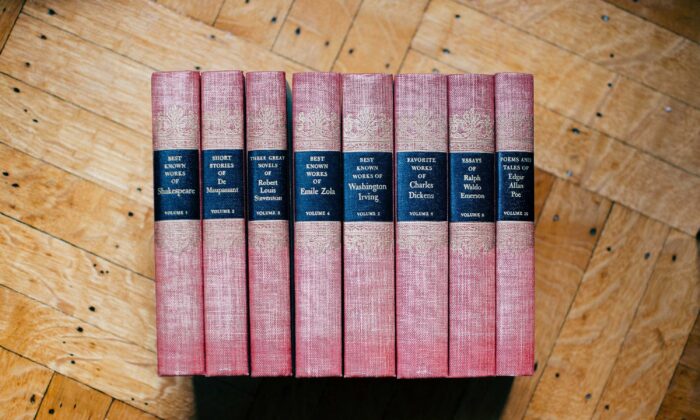 File photo of some classic works of literature, including Shakespeare. (Kelly Sikkema/Unsplash)
Viewpoints

Should Shakespeare Be Purged From English Curricula? 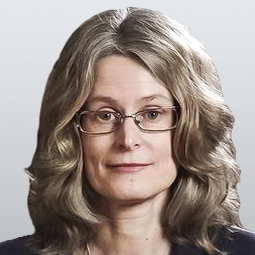 A recent article in School Library Journal (SLJ), titled “To Teach or Not to Teach: Is Shakespeare Still Relevant to Today’s Students?” reports that many English teachers want Shakespeare removed from school curricula to “make room for modern, diverse, and inclusive voices.”

After all, “Shakespeare’s works are full of problematic, outdated ideas, with plenty of misogyny, racism, homophobia, classism, anti-Semitism, and misogynoir.”

After reading the article, I can only conclude that students shouldn’t be subject to anything these teachers might have to say about the Bard.

Calls for the end of Shakespeare are nothing new. A 2015 article in The Conversation alleged dismissively that “dead white men” “clog up reading lists and dominate the syllabus,” singling out Shakespeare as a preeminent example. In 2016, students at the University of Pennsylvania removed a picture of Shakespeare and replaced it with a portrait of black lesbian poet Audre Lorde.

In the SLJ article, a number of teachers explain their antipathy to the world’s greatest writer. While some are concerned mainly with his difficulty, others condemn him outright in drearily familiar terms. Jeffrey Austin, the English and Language Arts department chair at an Ann Arbor, Michigan, high school, objects to the alleged “whiteness” of the claim that Shakespeare is “universal.”

A professor of English at Arizona State University notes that “Shakespeare was a tool used to ‘civilize’ Black and brown people in England’s empire.” An Alberta teacher has rejected Shakespeare in favor of Indigenous authors. “Romeo and Juliet” has been replaced by a Hartford, Connecticut, teacher with authors who “look and sound like my students.”

For these teachers, it seems, learning to read literature has become a project of identity politics, in which the purportedly “marginalized” are to replace white male authors, and in which appropriately progressive political attitudes are to be affirmed.

Have the dismissive teachers actually read Shakespeare? Even a cursory analysis of one of his best-loved and most accessible tragedies, “Othello: The Moore of Venice” (1604), should be enough to undermine simplistic claims about Shakespearean whiteness. The play’s eponymous hero is a respected black (Moorish) general in the Venetian army. Othello’s high status both in the created world of the play and in Shakespeare’s estimation (for a tragic hero must be a man capable of nobility) complicates easy judgments.

As the play opens on a night-time scene, we are introduced to the play’s villain, Iago, and his dupe, Roderigo, who repair to the home of Brabantio, a local nobleman. The two men hope to pit Brabantio against their enemy Othello by evoking sexualized and bestial images of Othello and Brabantio’s daughter Desdemona, telling the agitated father that, “Even now, now, very now, an old black ram / Is tupping your white ewe.”

Upon discovering that indeed his daughter is not at home (she has eloped with Othello), Brabantio is frantically convinced that she must have been drugged or made a victim of sorcery. Why else would a high-born Venetian woman have “run from her guardage to the sooty bosom / Of such a thing as [Othello], to fear, not to delight.”

Here is the racism of the play’s society, highlighted by Shakespeare as evidence of Iago and Roderigo’s malevolence and Brabantio’s hypocrisy. But their racial animosity is contrasted with the attitudes of other characters with whom the audience is encouraged to identify when Brabantio appears before the Duke of Venice, interrupting his war council, to make his charge against Othello.

When the Duke gives Othello the chance to speak in his own defense, Othello calmly promises to explain “with what conjuration and what mighty magic” he won his bride.

Shakespeare gives the dignified Othello the first outstanding speech in the play, a declaration about the power of love to obliterate differences of race and experience. Othello and Desdemona’s love flowered after the foreign-born soldier told her of his life’s suffering.

“She loved me for the dangers I had passed,” he concludes, “And I loved her that she did pity them. / This only is the witchcraft I have used.”

The extraordinary resonance and dexterity of the speech are striking, with the word “witchcraft” and its cognates, for example, shifting and shimmering within the scene, changing from a literal reference to sorcery to an apt metaphor for the astonishing magic of transformative love. The insight into human feeling, expressed in incomparably arresting language, is central to Shakespeare’s enduring appeal.

As the story of “Othello” unfolds, Othello’s faith in Desdemona is tested and ultimately destroyed in horrifying and revealing scenes of malevolent deception. In the play’s riveting climax, in which Othello kills the person he loves more than himself, the play touches the perennial heart of the human experiences of love, jealousy, envy, and betrayal. In one sense, race hardly matters at all; where it does matter, it’s dealt with honestly and humanely.

Only a meager and undiscriminating mind could contend, as one of the teachers did, that “there is nothing to be gained from Shakespeare that couldn’t be gotten from exploring the works of other authors.”

Millions of people the world over have disagreed. The influential 19th-century abolitionist and orator Frederick Douglass, himself a former slave, made abundant allusions to Shakespeare in his speeches and was known to attend Shakespeare performances at local Washington theaters. He even participated enthusiastically in readings of Shakespeare with a local Shakespeare club, according to an article on the Folger Shakespeare Library website.

Douglass would almost certainly have been appalled that 21st-century black students are being denied, in the name of “equality,” the educational opportunity he embraced.

No less an authority than the co-founder of the NAACP and the first black American to earn a doctorate, W.E.B. Du Bois, wrote in the early 20th century of his love for great writers and the irrelevance of race.

“I sit with Shakespeare, and he winces not,” he stated, in what would today be derided as an expression of multi-racial whiteness. Du Bois went on, “Across the color line I move arm in arm with Balzac and Dumas. … I summon Aristotle and Aurelius and what soul I will, and they come all graciously with no scorn nor condescension.”

He would have been disgusted that today’s students are taught that scorn and condescension are precisely what their attitudes to white male authors should be.

Peoples across the world have freely chosen to read, perform, watch, translate, and adapt Shakespeare, unbothered by the Bard’s whiteness. According to the New York Public Library webpage, Shakespeare’s plays have been translated into more than 100 languages. More than 70 non-English language films have adapted the plays for the movie screen.

In the past decade alone, versions of “Romeo and Juliet” have been performed in at least 24 countries. “A Winter’s Tale” was performed in Iran in 2003 to an ecstatic reception. “Love’s Labour’s Lost” was performed in Afghanistan in 2005. One researcher reports on adaptations of Shakespeare in South Africa, Russia, Japan, and China.

No one forced these vastly different peoples to choose Shakespeare. They did so because the plays offer meanings that transcend cultural differences. To deny students the chance to appreciate his greatness is a gross act of racial bigotry.

Teachers so intellectually enfeebled and ideologically possessed that they can only reduce Shakespeare to formulas are likely beyond the reach of reasoned argument or artistic appreciation, and are better off not teaching Shakespeare at all. Shakespeare will survive his neglect in today’s classrooms.

Janice Fiamengo is a professor of English at the University of Ottawa. Her latest book is “Sons of Feminism: Men Have Their Say.”