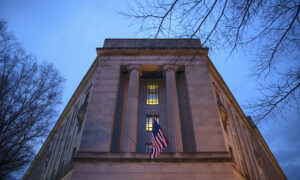 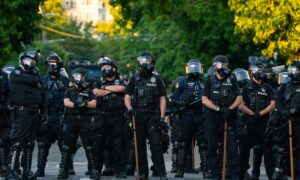 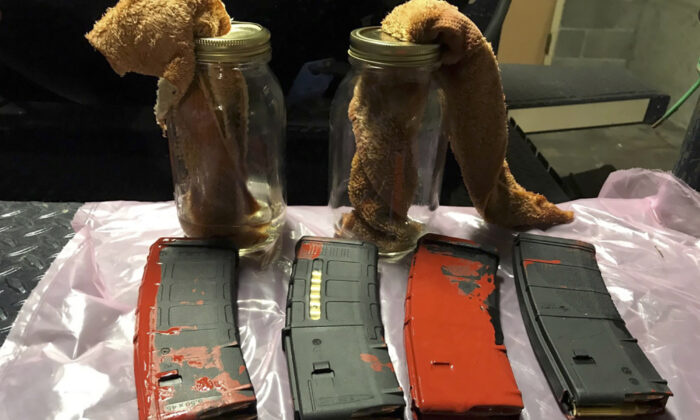 Loaded rifle magazines and Molotov cocktails found at a park in Portland, Ore., on July 26, 2020. (Portland Police Department via AP)
US News

Shootings spiked in Portland, Oregon, in July after the disbanding of a team that was focused on reducing gun violence.

The city saw 99 shootings through July , compared to 28 in July of 2019, according to police officials.

“That’s very concerning. I mean, to know that many people have been killed in such a short period of time,” Portland Police Chief Chuck Lovell said at a recent virtual press conference.

Since the Gun Violence Reduction Team was disbanded on July 1, Lovell has repeatedly linked it with the struggle to police the city.

The loss “forced us into a position where we have to really look at what resources we can bring to bear, absent that structure that we had with the Gun Violence Reduction Team,” he said.

The 34-member team was disbanded on orders from Mayor Ted Wheeler, a Democrat who also is police commissioner. The City Council, which includes Wheeler, shifted the $5.7 million that typically funded the team to street response and the city budget.

Wheeler’s move was one of many outlined in an action plan that he said would increase police accountability and lead to investment in black and brown communities.

The plan says dissolving the team will be part of a fundamental reshaping of the police approach to reducing gun violence.

In a press conference on July 13 about the rise in homicides, Wheeler said the city had seen “an unprecedented escalation of gun violence.”

In the first 12 days of the month, officials witnessed a more than 380 percent spike in such violence, compared to the same time period in 2019.

“This is the city where we live. Portlanders, our neighbors, are being hurt by this violence. They’re being killed. The violence and the loss of life are unacceptable,” he said.

Efforts to solve the crimes by police were happening alongside the Office of Violence Prevention working with community stakeholders, including victims and their families, to try to prevent violence, the mayor and police commissioner said.

Calling it “a time of great challenge,” Wheeler said he was confident the public safety threat could be addressed.

“We’ve had to re-resource our folks because of the loss of the Gun Violence Prevention Team,” Police Chief Lovell said at the same briefing.

In a podcast the next day, Lovell said the decision to disband the team had alarmed him.

“The loss of the gun violence reduction team, in particular, has a diminishing effect on how we’re able to investigate shootings, which is some of the most important crimes that we investigate,” he said in a podcast released by the police.

The work the team did was being handled by patrol, while detectives were doing follow-up calls and investigation.

“It remains to be seen what those numbers are going to trend to, but I’m fearful that that will have a negative impact on communities of color, especially,” he said.

The police chief emphasized at the time that he wasn’t sure what was causing the spike in violence.

“I don’t think it’s a staffing issue, and no matter how often they say they’re overworked and underpaid, the reality is that Portland police have for a long time decided what they will investigate and what they won’t,” Hardesty told KATU.

A 2018 city audit (pdf) motivated Hardesty to help push to disband the team.