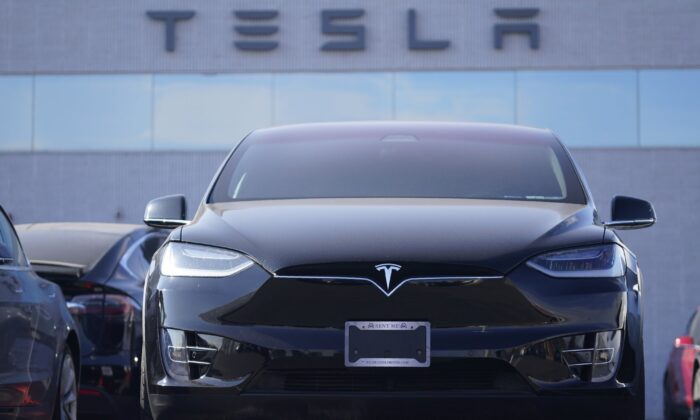 Two senators on Aug. 18 called on the Federal Trade Commission (FTC) to probe Tesla, alleging that the company exaggerated the capability of its vehicles’ self-driving features and so put the public in danger.

In a letter to FTC chief Lina Khan (pdf), Sens. Ed Markey (D-Mass.) and Richard Blumenthal (D-Conn.) said they fear that Tesla’s Autopilot and Full Self-Driving (FSD) features “are not as mature and reliable as the company pitches to the public,” leading drivers to believe their Teslas can drive on their own, with “potentially deadly consequences.”

It comes after federal authorities announced a probe into Tesla’s Autopilot and FSD systems following nearly a dozen crashes with parked emergency vehicles that injured 17 people and left one dead.

Blumenthal and Markey gave several examples of Tesla marketing that they said could lead drivers to misconstrue the vehicles’ capacity for autonomous driving, including a video posted on Tesla’s YouTube channel that they said showed the car “driving entirely on its own.” The nearly two-minute-long video, which has been viewed more than 18 million times, features a Tesla vehicle driving in FSD mode on public roads with a driver in the seat monitoring the controls, but touching the steering wheel only once—when exiting the car after it self-parked.

“While Tesla has buried qualifying disclaimers elsewhere on their website, the link in the video’s caption redirects to a purchasing page that fails to provide additional information about the true capabilities of the vehicle,” the senators wrote.

The two senators also raised concern about what they described as boastful statements by Tesla CEO Elon Musk about Tesla systems, including telling consumers that Tesla vehicles would soon reach full automation capability.

“Tesla’s marketing has repeatedly overstated the capabilities of its vehicles, and these statements increasingly pose a threat to motorists and other users of the road,” Blumenthal and Markey wrote. “Accordingly, we urge you to open an investigation into potentially deceptive and unfair practices in Tesla’s advertising and marketing of its driving automation systems and take appropriate enforcement action to ensure the safety of all drivers on the road.”

The Epoch Times has reached out to Tesla for comment.

The National Highway Traffic Safety Administration (NHTSA) is looking into Tesla’s partially automated driving system after a series of collisions with parked emergency vehicles, according to an NHTSA document issued on Aug. 13 (pdf).

The agency said in the document that it had identified 11 crashes in which various Tesla models approached locations where emergency crews were responding to incidents and struck one or more vehicles at the scene. A total of 17 people were injured in the crashes, and one person was killed.

Most of the crashes took place after dark and involved scenes where first responders used flashing lights, flares, an illuminated arrow board, or cones warning of hazards. The probe will include examining the contributing circumstances.

All involved Tesla vehicles were confirmed to have been engaged in either Autopilot or traffic-aware cruise control as they approached the crashes.

“The investigation will assess the technologies and methods used to monitor, assist, and enforce the driver’s engagement with the dynamic driving task during autopilot operation,” the document reads.

“We must ensure that driver assistance systems like Tesla’s Autopilot make our roads safer, not create new dangers,” Markey said in a Twitter post commenting on the probe. “I’m glad NHTSA is responding to a series of concerning incidents involving this tech and I urge a swift, thorough, and transparent review.”

There have been reports of Tesla drivers misusing the Autopilot feature, including an SF Gate report of a stunt involving a man sitting in the back seat of a Tesla looking out the window facing the camera as the vehicle rolled down the street near Berkeley, California.