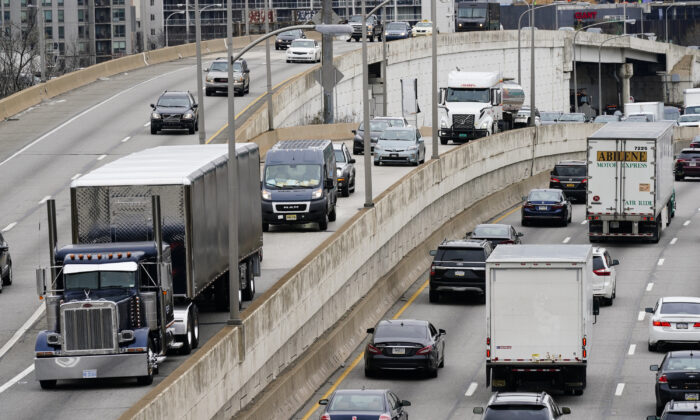 Buried in the “Infrastructure Investment and Jobs Act” in the U.S. Senate is approval for the Department of Transportation (DOT) to test a new federal tax on every mile driven by individual Americans.

The bill directs Secretary of Transportation Pete Buttigieg to establish a pilot program to demonstrate a national motor vehicle per-mile user fee designed “to restore and maintain the long-term solvency of the Highway Trust Fund.”

The objectives of the pilot program include:

To address the need for additional revenue for surface transportation infrastructure and a national motor vehicle per-mile user fee.

To provide recommendations relating to the adoption and implementation of a national motor vehicle per-mile user fee.

Although the new tax is described as a pilot program and would initially rely upon “volunteers” representing all 50 states, the infrastructure measure would also require the Treasury Department to establish a mechanism to collect motor vehicle per-mile user fees from the participants.

The legislation would create a new “Federal System Funding Alternative Advisory Board” to advise Buttigieg on establishing and operating the program. The legislative language in the bill doesn’t specifically call for an end to the advisory board.

The advisory body would be required to include as members “at a minimum” representatives from state departments of transportation, the trucking industry, data security experts “with expertise in personal privacy,” academic experts on surface transportation, consumer advocates, operators of toll systems, owners of motor vehicle fleets, and tribal representatives.

The advisory body would also include “advocacy groups focused on equity,” as well as “any other representatives or entities, as determined appropriate by [Buttigieg].”

The proposal doesn’t elaborate on why a transportation tax advisory board should have members representing nonprofit advocacy groups dedicated to “equity,” which is a term often used by advocates of the divisive political and social perspective known as critical race theory.

The infrastructure text also fails to specify how the advisory board, which appears likely to include a sizable number of members, would create and approve its recommendations to the transportation secretary.

Buttigieg would also be authorized under the proposal to “carry out a public awareness campaign to increase public awareness regarding a national motor vehicle per-mile user fee.” Funding for the program is established at $10 million each year through 2026.

The presence of the pilot program to tax drivers directly for every mile driven reflects the growing problem presented to federal officials by the success of environmental measures they’ve implemented since the 1990s to encourage more fuel-efficient driving.

But greater fuel efficiency means less gas consumed, which in turn means declining revenue from the federal tax on every gallon purchased. The gas tax revenue goes into the Highway Trust Fund (HTF), which is used to pay for road and bridge construction and maintenance, as well as for large-city public light rail and bus systems.

As a result, Congress has had to appropriate nearly $150 billion from general revenue in the past eight years to supplement the HTF’s declining gas tax revenues. Eighty percent of the gas-tax revenue goes to highways, with the remaining 20 percent is devoted to mass transit.

It isn’t clear what would happen to the present federal gas tax if a future Congress were to expand the proposed per-mile user fee pilot program into a mandatory national revenue generator.

The pilot program proposal quickly drew criticism outside of Congress once word about it spread on Aug. 3.

But Rep. Sam Graves (R-Mo.), the ranking Republican member of the House Committee on Transportation and Infrastructure, told The Epoch Times that he supports replacing the present federal gas tax with a vehicle miles traveled (VMT) levy.

“There is broad support behind a national VMT pilot program from members of Congress and stakeholders. Fixing the Highway Trust Fund is the thoughtful and responsible thing to do, and the time to act on it is now. Otherwise, we’ll continue having the same debate on how to adequately pay for infrastructure,” Graves said.

“I want to make it clear that my support for moving to a VMT user fee system is contingent on resolving any issues such as privacy and equity for rural and urban drivers, but I have absolutely no doubt that these issues will be addressed.”

Buttigieg, whose only previous government experience was serving eight years as mayor of South Bend, Indiana, a city of about 100,000 residents, appears to be a big winner in the more than $550 billion in new spending included in the $1.2 trillion infrastructure package.

An estimated $274 billion of the $550 billion in new spending goes to DOT, with $105 billion of that being in the form of competitive grants over which Buttigieg has the final say.

Sen. Mike Lee (R-Utah) offered an amendment to the infrastructure bill in the nature of a substitute that would, among other things, transfer $119 billion in unused federal money originally meant to help combat the coronavirus to the HTF.

The Lee amendment was defeated on a 70–28 vote.