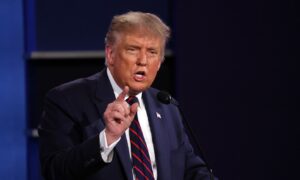 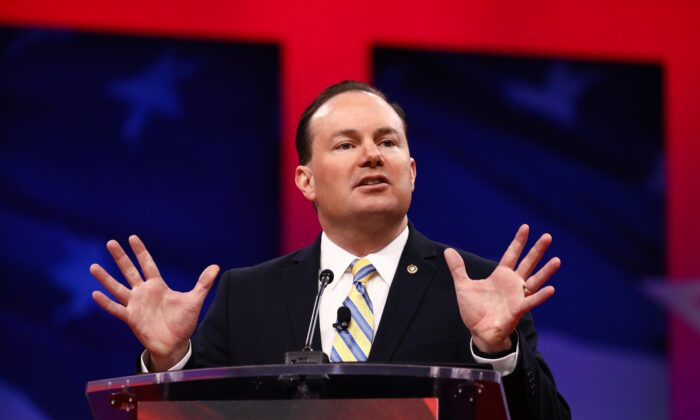 Lee said in a statement at around noon on Friday that he tested positive for the CCP (Chinese Communist Party) virus, a novel coronavirus that emerged last year in China.

Lee said on Thursday, he “was experiencing symptoms consistent with longtime allergies.” He then sought medical attention and was tested for the virus.

“Unlike the test I took just a few days ago while visiting the White House, yesterday’s test came back positive,” Lee said, adding that he will remain isolated for the next 10 days on the advice of the Senate attending physician.

“Like so many other Utahns, I will now spend part of 2020 working from home,” Lee remarked. He told Senate Majority Leader Mitch McConnell (R-Ky.) and Senate Judiciary Chairman Lindsey Graham (R-S.C.) that he will return to work at the Judiciary Committee to advance Supreme Court nominee Amy Coney Barrett to the “full Senate” for a final vote.

Trump is not incapacitated and is working in isolation to avoid infecting others, Meadows said.  He gave no other details.

“We will begin our quarantine and recovery process immediately. We will get through this TOGETHER!” Trump said in a Twitter post early on Friday morning.

Vice President Mike Pence and his wife tested negative, a Pence spokesman said. The White House official said Pence would work from his own residence several miles from the White House and his staff was being kept separate from Trump’s staff “out of an abundance of caution.”

Pence, 61, a conservative former U.S. lawmaker and Indiana governor, would take over if Trump were to become incapacitated.

The Republican National Committee would choose a replacement nominee if Trump were to become incapacitated, but it is already too late in most states to change the names on the ballot. Millions of ballots have been sent out to voters and at least 2.2 million people have already voted, according to figures compiled by University of Florida Professor Michael McDonald.