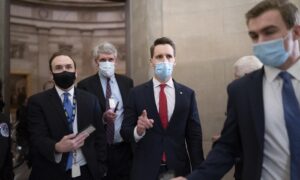 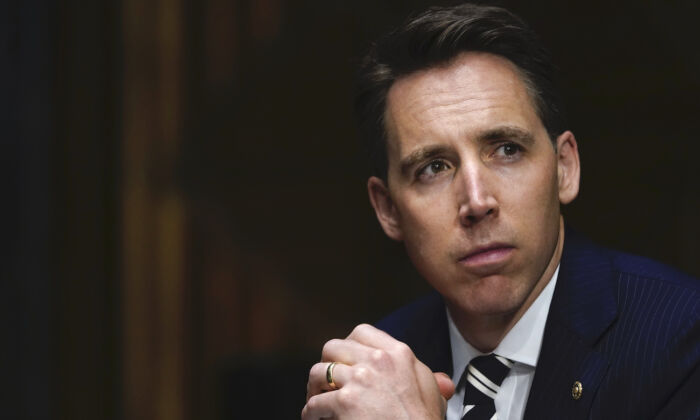 Sen. Hawley’s Book Picked Up by New Publisher After Cancellation

Sen. Josh Hawley (R-Mo.) will see his book published after all.

Washington-based Regnery Publishing confirmed to The Epoch Times on Jan. 18 that it will publish Hawley’s book, after Simon & Schuster canceled its publishing contract following Hawley’s objection to electoral votes from two states earlier this month during a joint session of Congress.

“As a publisher, it will always be our mission to amplify a variety of voices and viewpoints: At the same time we take seriously our larger public responsibility as citizens, and cannot support Senator Hawley after his role in what became a dangerous threat,” the New York-based Simon & Schuster said at the time.

Critics claim Hawley’s objections were somehow connected to the mob that stormed the Capitol on the same day of the joint session.

Regnery noted that the senator has forcefully condemned the storming of the Capitol. The company said Hawley had fallen victim to so-called cancel culture, the movement to ban or bar ideas or speech that run counter to leftist viewpoints.

“It’s discouraging to see them cower before the ‘woke mob,’ as Senator Hawley correctly calls it. Regnery is proud to stand in the breach with him. And the warning in his book about censorship obviously couldn’t be more urgent,” Thomas Spence, Regnery’s president and publisher, said in a statement.

The book from Hawley, the former attorney general of Missouri, is titled ‘The Tyranny of Big Tech.’ In the book, according to the publisher, “he shows how Facebook, Amazon, Google, Twitter, and other digital giants have abused their enormous market power and political influence, silencing their competition.”

“Explaining why current policies fail us, he identifies alternatives that will break Big Tech’s control over our liberties,” stated Regnery, which recently published Sen. Ted Cruz’s (R-Texas) book on the Supreme Court.

The book is scheduled to be published this spring, Regnery said.