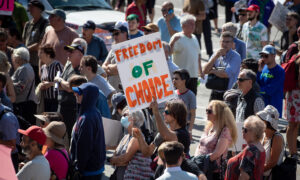 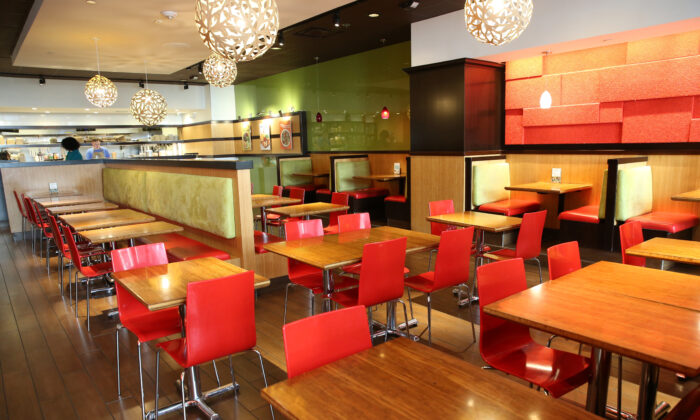 The county government that oversees Seattle and other areas will require patrons to show proof of COVID-19 vaccination to enter restaurants, gyms, and related indoor businesses in a move that echoes mandates issued recently by New York City, New Orleans, San Francisco, and Los Angeles County.

The order, which applies to all of Washington’s King County including Seattle, goes into effect on Oct. 25 and mandates that indoor restaurants and bars that have the capacity to seat 12 people or more will have to ask people to show proof of vaccination. That mandate applies to customers aged 12 and older.

And it’s not just gyms and restaurants. Under the order, movie theaters, museums, sports arenas, and indoor recreational venues will also have to require customers to show proof they’ve been vaccinated against COVID-19, the disease caused by the CCP (Chinese Communist Party) virus.

King County Health Officer Jeff Duchin, whose authority extends over Seattle and nearby cities, said that outdoor venues with 500 or more people must require attendees to show vaccine proof. Restaurants and bars with a seating capacity of fewer than 12 customers will have to implement a vaccine mandate starting on Dec. 6, Duchin said in a statement Thursday.

The order will remain intact for six months, Duchin said. The order defines one as “fully vaccinated” if they received their final COVID-19 dose 14 days beforehand.

It also stipulates that only Food and Drug Administration-authorized vaccines made by Pfizer, Johnson & Johnson, and Moderna count. It’s not clear if the order extends to other common vaccines in other countries such as AstraZeneca’s shot.

“Our COVID-19 response must continue to adapt to the difficult, changing reality of this pandemic,” Duchin said in a statement. “The Delta virus is much more contagious, airborne, causes severe illness, and is seriously stressing our hospitals and healthcare providers. King County’s vaccine verification program will prevent infections, hospitalizations, and deaths, safeguard our healthcare system, and provide safer spaces for the public and for workers.”

Washington Gov. Jay Inslee, a Democrat, recently issued a mandate that all state employees receive the CCP virus vaccine by Oct. 18 risk being suspended from their jobs.

Some public employees have filed lawsuits against Inslee last week, arguing that he abused his power and violated the Washington state Constitution.

Vaccine passport systems like the ones being imposed in Seattle, New York, and San Francisco have been flagged as discriminatory and would create a two-tiered society of unvaccinated and vaccinated people. Some Democrats, including the mayor of Boston, have opposed such measures and said they disproportionally affect minorities.

“We want to make sure that we are giving every opportunity for folks to get vaccinated. When it comes to what businesses may choose to do, we know that those types of things are difficult to enforce when it comes to vaccine,” Acting Mayor Kim Janey, a Democrat, told reporters in early August after New York City’s government announced one of the first vaccine passport mandates in the country.

She added: “There’s a long history in this country of people needing to show their papers. During slavery, post-slavery, as recent as—you know what immigrant population has to go through here.”