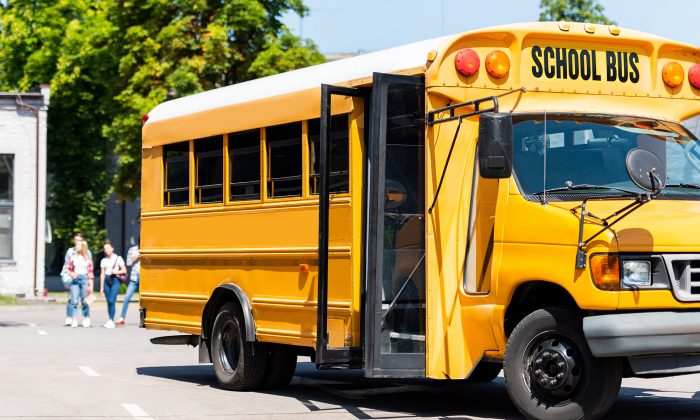 Schools Across US Convert Old Buses to Electric

For several years, the Miami-Dade County Public schools had toyed with replacing some of its 1,000 diesel buses with cleaner electric vehicles. But school leaders said the change would be too costly.

Then 12-year-old student Holly Thorpe showed up at a school board meeting to tout the benefits of going electric and returned to encourage the district to apply for a state grant.

She explains how she’s been dismayed to see the environment around her deteriorating:

Two years on, the school board is considering a district plan to use state money to replace 50 diesel buses with electric models over the next several years.

Holly’s stand has impressed Luisa Santos one of the board members of Miami-Dade County Public Schools:

“I thought, here’s this premise that I operate on, that young people are the leaders of today. We don’t have to wait for them to become working professionals to lead, and that’s exactly what Holly has done.”

The transition is part of a small but growing movement led by parents, students, and lawmakers to purchase electric school buses.

“She certainly said that spark that coming from a student, a child in our school district, putting into perspective what’s important to them really made a difference,” she says.

Some districts are planning to sell excess energy from batteries back to the grid, a move welcomed by utilities who themselves have launched programs to buy electric school buses. This summer, a school bus in a Massachusetts district delivered power back to the grid.

Efforts to replace diesel school buses are driven by the fact that children are more susceptible to the health impacts of air pollution.

Exposure to diesel exhaust, according to the EPA, can lead to asthma and respiratory illnesses and worsen heart and lung ailments, especially in children and the elderly.

A study of school buses in Washington state found using cleaner fuels or upgrading older diesel reduced children’s exposure to airborne particles by as much as 50 percent and improved their health.

Their findings suggest a nationwide switch to cleaner school buses could result in around 14 million fewer absences each year.

Advocates point out that nearly half of diesel buses are older ones that produce dangerous pollutants and are much more expensive to maintain. But they acknowledge the challenge is getting districts with older buses funds to transition to electric ones, which often cost three times more.

Many districts are eyeing funding from several bills in Congress.

Some states, including Florida and Virginia, are buying electric buses with billions of dollars from the Volkswagen settlement of its diesel emissions cheating scandal.

Miami-Dade Superintendent Alberto Carvalho says: “We’re very hopeful that by October or November, we’ll bring the very first phase of acquisition of busses. That means the acquisition of the first 10 of 50 electric buses.”

Carvalho says the district will use $11.6 million from the settlement to start buying electric buses, but he says a full transition will be impossible without federal help:

“And if, in fact, this is a concern for the nation as a whole, it must be considered in some of the appropriation bills that Congress is contemplating, such as the massive infrastructure bill. There have to be local investments to stimulate these transitions, which are absolutely necessary if in fact we are to turn back time, in terms of the rapid, accelerated warming of our planet and the place where the battle line will be drawn will be in coastal areas, low lying areas like Miami. We’re seeing the effects now and students in our communities see it firsthand. All they have to do is look outside of their classrooms and they see the reality. And I think that stimulating their advocacy, their time, investment and quite frankly, their passion for this issue,” says Carvalho.

In the meantime, Thorpe is keen to keep the campaign for clean air going.

Thorpe and her generation are impatient to start making a difference.

She says: “I think we really need to make a change, and we can’t wait till tomorrow. We have to make the change now because every single day counts.”