Both Russia and China deny the allegations 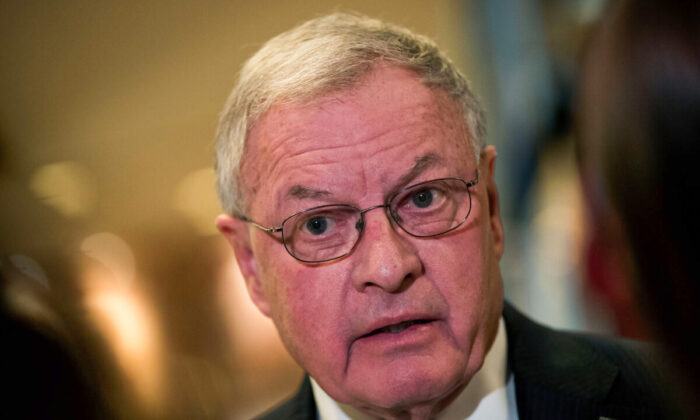 Retired U.S. Army Lt. Gen. Keith Kellogg told Fox News that Russia has asked China for military assistance amid its military operation in Ukraine, confirming a series of anonymously sourced media reports to that effect, while Chinese and Russian officials have denied the allegations.

“There’s a real tell here, and here’s what the tell is. He’s going to China to get military support, and economic support as well,” Kellogg said in an interview on Fox Business that aired on March 14, referring to Russian President Vladimir Putin.

“He wouldn’t be reaching out to the Chinese for military aid or support if he wasn’t having some real problems with his own military,” Kellogg said, adding that he believes the battlefield should be extended in light of this development.

“Extend it by giving the Ukrainians as much support as we can,” he said, adding that “there’s got to be ways we can get them those jets,” referring to the Polish MiG-29 fighter jets whose transfer to Ukraine has stalled.

Ukraine asked for the MiGs to bolster its air defenses. Polish authorities have offered to supply the jets via NATO, a proposal rejected by the Pentagon as too risky since it could be seen by the Russian side as an escalation.

“We just need to help them out and keep pressing the envelope on Putin. We know he’s stretched and that’s why I made the comment about the tell. He wouldn’t be going to the Chinese if he was not having problems in the fight today.”

‘Never Heard of That’

China has denied any Russian requests for military aid.

“I’ve never heard of that,” Liu Pengyu, spokesperson for the Chinese embassy in the United States, told CNN in a statement when asked about reports about such a request from Moscow.

Separately, Chinese Foreign Ministry spokesperson Zhao Lijian told a briefing on March 14 that “the allegations on the matter disseminated by the U.S. are false information.”

Liu, meanwhile, called the situation in Ukraine “disconcerting” and called for “utmost restraint and preventing a massive humanitarian crisis.”

Since Russia launched its “special military operation” in Ukraine, some 2.5 million people have fled their homes, the United Nations says, with Western officials calling the exodus one of the biggest refugee crises since World War II.

Kremlin spokesperson Dmitry Peskov also denied the claims, telling Reuters on March 14 that Russia is able to take full control of major Ukrainian cities with no help from China.

“Russia possesses its own independent potential to continue the operation,” he said. “As we said, it is going according to plan and will be completed on time and in full.”

White House national security adviser Jake Sullivan told CNN’s “State of the Union” on March 13 that the United States is “watching closely” to see whether China does provide support to Russia, be it “material support or economic support.”

“It is a concern of ours,” Sullivan told the outlet. “And we have communicated to Beijing that we will not stand by and allow any country to compensate Russia for its losses from the economic sanctions.”

Crippling sanctions have been imposed on Russia in the wake of its military action in Ukraine. International Monetary Fund chief Kristalina Georgieva told CBS on March 13 that the impact of the sanctions is “quite severe” and that the IMF expects a “deep recession” in Russia.

Georgieva said the IMF no longer considers a Russian sovereign debt default as “improbable.” She warned of continuing effects of the Ukraine crisis on Russia and Ukraine’s immediate neighbors, because of their close trade relations with Moscow and as a result of the refugee wave.

The Red Cross, meanwhile, has called for an urgent ceasefire to be implemented in the besieged city of Mariupol to prevent a “worst-case scenario.”

The ICRC said in a March 13 statement that “a worst-case scenario awaits the hundreds of thousands of civilians trapped by heavy combat in Mariupol unless the parties reach a concrete humanitarian agreement urgently.”

Ukrainian officials have said that more than 2,500 people have been killed in Mariupol amid the Russian offensive.

Russia’s military operation in Ukraine has been dealt a number of setbacks in the face of poor planning and unexpectedly staunch Ukrainian resistance, a number of military analysts have said.

Michael Kofman, director of Russia studies at CNA, called Russia’s initial operation a “shambolic attempt at regime change, with little planned or organized,” noting “smart” Ukrainian efforts at defending in the face of an “unimpressive Russian attempt to adjust and prosecute this tragic war.”