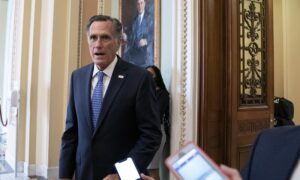 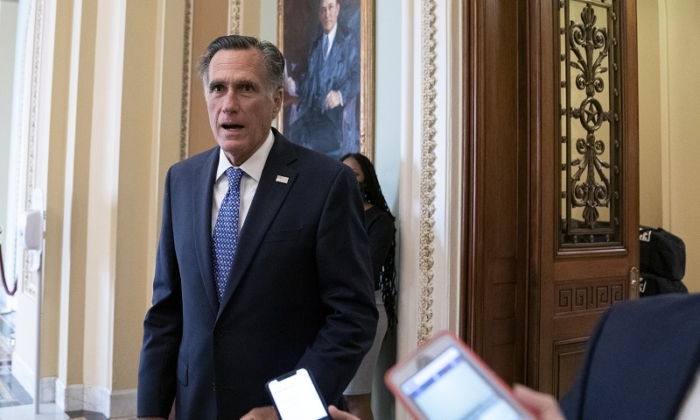 Romney First GOP Senator to Say He Would Back Current Jan. 6 Commission Bill

Sen. Mitt Romney (R-Utah) on Monday said he was willing to support a Democrat-led bill that was passed by the House to create an independent commission to investigate the Jan. 6 breach of the U.S. Capitol.

Romney answered that he “would support the bill” when asked by reporters how he would vote if Senate Majority Leader Charles Schumer (D-N.Y.) starts a debate on the House bill, according to multiple congressional reporters. He is the first Republican in the Senate to do so.

The Utah senator’s comments come on the same day that Schumer vowed to bring the bill for a vote on the Senate floor.

“I will bring to the Senate floor the legislation passed by the House to create an independent commission to investigate and report on the January 6th attack on the Capitol,” Schumer said in a statement on Twitter.

Currently, Democrats are short on the 60 votes required to defeat a likely filibuster from Republicans, who have expressed opposition to the bill in its current form.

During the House vote, most Republicans voted against the measure, with only 35 Republicans crossing the aisle to approve the bill.

Sen. Susan Collins (R-Maine), who says she backs the creation of a commission but has reservations, has begun suggesting amendments to the House’s proposal. In an interview on Sunday, Collins said her support is conditional on bipartisan staffing and a report issued no later than by the end of this year.

“I think that both sides should either jointly appoint the staff or there should be equal numbers of staff appointed by the chairman and the vice-chairman,” Collins told ABC’s “This Week.” She also expresses optimism that Congress would be able to get past the issues.

In a separate interview, Sen. Roy Blunt (R-Mo.) said he believes Senate Republicans are likely to decide that it’s “too early” to establish a commission. Blunt also said he is opposed the establishment of such a commission over concerns of delays and effectiveness.

“I’ve actually opposed the idea of a commission from the very first because I think we’ll start waiting for a commission rather than moving forward with what we know we need to do now,” Blunt told Fox News.

“There’s a bipartisan effort in the Senate with two committees to produce not only a report but also a number of recommendations, and we should be able to do that in the first full week of June, and we haven’t even waited for that to decide what a commission should do,” he added.

Last week, Senate Minority Leader Mitch McConnell (R-Ky.) said he would oppose the House-passed bill, characterizing the proposal as a “slanted and unbalanced” study of the Jan. 6 incident.

“After careful consideration, I’ve made the decision to oppose the House Democrats’ slanted and unbalanced proposal for another commission to study the events of Jan. 6,” McConnell said on the Senate floor on May 19.

Meanwhile, top Democrat leader House Speaker Nancy Pelosi (D-Calif.) on Monday issued a statement calling for the Senate to quickly act on the bill, saying that “there is no time to waste or room for partisanship in keeping our Capitol and Country safe.”