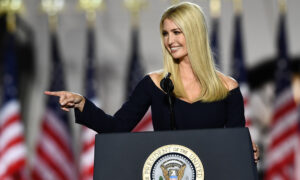 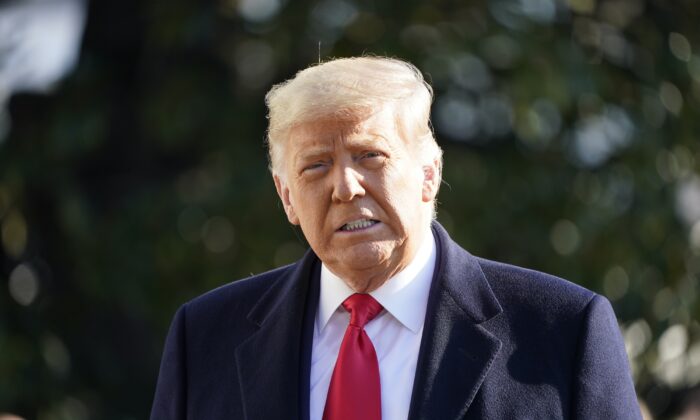 President Donald Trump speaks to the media before boarding Marine One on the South Lawn of the White House on Jan. 12, 2021. (Gerald Herbert/AP Photo)
Trump Administration

President Donald Trump on Jan. 17 called the landmark Supreme Court decision that dramatically expanded access to abortion “constitutionally flawed” and noted that it’s led to the termination of tens of millions of unborn babies.

“This month, we mark nearly 50 years since the United States Supreme Court’s Roe v. Wade decision. This constitutionally flawed ruling overturned State laws that banned abortion, and has resulted in the loss of more than 50 million innocent lives,” Trump said in a proclamation.

“But strong mothers, courageous students, and incredible community members and people of faith are leading a powerful movement to awaken America’s conscience and restore the belief that every life is worthy of respect, protection, and care. Because of the devotion of countless pro-life pioneers, the call for every person to recognize the sanctity of life is resounding more loudly in America than ever before. Over the last decade, the rate of abortions has steadily decreased, and today, more than three out of every four Americans support restrictions on abortion.”

Public polling shows most Americans back restrictions on abortion in the second and third trimesters, amid attempts by some lawmakers to make abortion up until birth legal for all pregnant women.

In a 7–2 decision in 1973, justices said the Texas laws were unconstitutional.

In a dissent, Nixon-nominee Justice William Rehnquist said the ruling meant “that a State may impose virtually no restriction on the performance of abortions during the first trimester of pregnancy.”

“In deciding such a hypothetical lawsuit, the Court departs from the longstanding admonition that it should never formulate a rule of constitutional law broader than is required by the precise facts to which it is to be applied,” he said, accusing colleagues of eschewing the history of the 14th Amendment in its reliance on the “‘compelling state interest’ test.”

Since the decision, restrictions on abortions during the first trimester have been repeatedly struck down, including laws against selecting against fetuses with Down syndrome or ones of a certain gender.

Trump has said before that he opposes Roe v. Wade, but told a town hall last year that he never spoke of it with the two judges he had nominated to the nation’s highest court. President-elect Joe Biden, on the other hand, has championed Roe v. Wade, telling people on the campaign trail that he would work to enshrine the Supreme Court ruling as a law.

Trump’s proclamation was for the National Sanctity of Human Life Day. In it, he also said: “As a Nation, restoring a culture of respect for the sacredness of life is fundamental to solving our country’s most pressing problems. When each person is treated as a beloved child of God, individuals can reach their full potential, communities will flourish, and America will be a place of even greater hope and freedom. That is why it was my profound privilege to be the first President in history to attend the March for Life, and it is what motives my actions to improve our Nation’s adoption and foster care system, secure more funding for Down syndrome research, and expand health services for single mothers.”