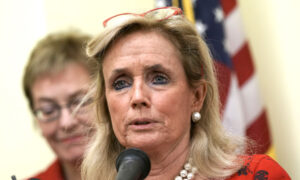 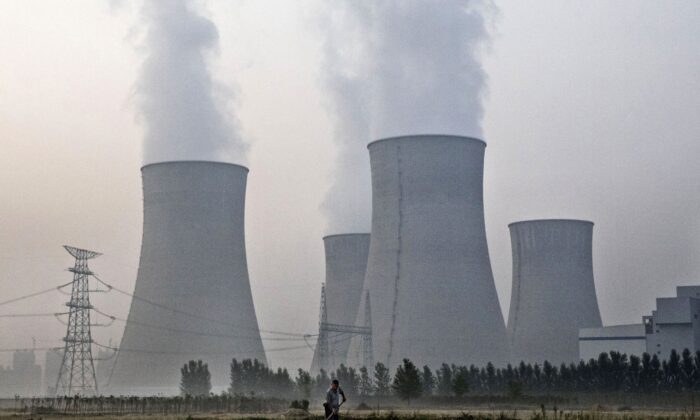 A farmer works in his field next to a state-owned coal-fired power plant in Huainan, Anhui Province, China, on June 15, 2017. (Kevin Frayer/Getty Images)
Environment

Chinese leader Xi Jinping’s Sept. 21 claim to the United Nations General Assembly that China “will not build new coal-fired projects abroad” has drawn a range of reactions, including comments on China’s large and growing domestic reliance on coal power.

“It’s not the major issue—the major issue is coal plants in China,” Gordon G. Chang, author of “The Coming Collapse of China,” told The Epoch Times.

China, already the world’s largest source of greenhouse gas emissions, is financing the equivalent of more than 40 gigawatts of coal power in preconstruction in countries around the world, according to climate change think tank E3G. Xi’s remarks suggest that those projects could be impeded.

Yet at home, China reportedly has 247 gigawatts of coal power at some stage of development, greater than all coal power capacity in the United States and roughly six times greater than Germany’s capacity.

While Xi also claimed that China “will strive” to reach carbon neutrality by 2060 and peak carbon emissions by 2030, he didn’t mention China’s 1,000-plus domestic coal plants during his remarks.

Our World in Data reported that the world produced 36.44 billion tonnes of carbon dioxide emissions from fuel in 2019.

Of that total, 7.24 billion tonnes, or roughly 20 percent, came from China’s use of coal—a percentage that can be expected to increase as China brings more coal-fired plants online.

China also degrades the natural environment in a variety of other ways.

For example, a 2019 Nature study revealed that China violated the Montreal Protocol by emitting ozone-destroying chlorofluorocarbons.

“We’d been talking about the effect of funding coal in other countries, which just doesn’t make sense today,” Kerry said.

“Thank you, President Xi, because it’s an important contribution to making the [U.N. climate] meeting in Glasgow a success.”

“This is HUGE. 350 welcomes China’s declaration to stop funding coal overseas. This could be a real game-changer depending on when it comes into effect and which plants it covers,” the group wrote on Twitter.

Yet Chang and others voiced skepticism about the merit and ultimate significance of Xi’s statement.

“This is far from where John Kerry says we need to be,” Chang said.

Energy expert Alex Epstein shared his thoughts on Xi’s claim in a Twitter thread on the speech.

“For the last few years, Western nations and financial institutions have been withdrawing funding for coal plants abroad. Now China is doing the same. What does this mean? It means a lot of poor people are not going to be able to bring themselves out of poverty like China has,” he wrote.

Bremmer didn’t respond to requests for comment by press time.

Sens. Joe Manchin (D-W.V.) and Shelly Moore Capito (R-W.V.), who represent one of the top coal-producing states in the United States, didn’t respond to requests for comment by press time.

Other commenters highlighted the stated commitment in a positive light while alluding to China’s extensive domestic investments in coal.

Chang sees no reason to applaud Xi for his statement.

“Praising [Xi] for a promise is really inappropriate,” he said.