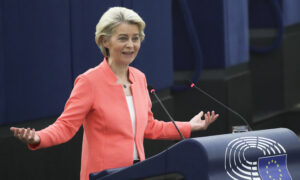 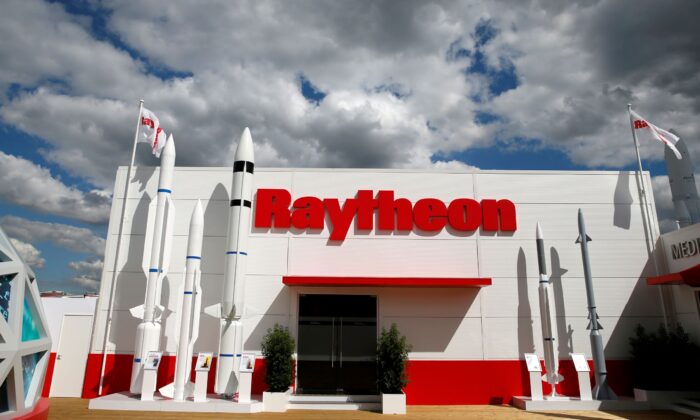 Raytheon Technologies Requires All US Workers to Get COVID-19 Vaccinations by Jan. 1

Raytheon Technologies announced on Sept. 14 that it will require all its U.S. employees to be vaccinated against COVID-19 by January.

The company, which is headquartered in Waltham, Massachusetts, said in a statement that its U.S. employees will have to get vaccination shots by the middle of December in order to meets its Jan. 1 deadline.

“In keeping with our ongoing commitment to maintain employee health and safety, Raytheon Technologies will require its U.S. employees to be fully vaccinated to further protect employees and communities from the risks and uncertainty of COVID-19 and its variants,” the statement said.

Raytheon Technologies is a multinational aerospace and defense company and serves as one of the largest aerospace, intelligence services providers, and defense manufacturers in the world. It manufactures everything from aircraft engines and guided missiles to satellites and drones.

The company has about 181,000 employees worldwide but it is unclear how many U.S. employees will be affected by the new vaccine policy.

In its combined Missiles and Defense division headquartered in Tucson, there are roughly 13,000 workers, the Tucson Sentinel reported, noting that the company said it will allow exemptions to the vaccine policy on the basis of medical issues and religious beliefs.

The policy comes after President Joe Biden last week signed a new executive order mandating that federal workers get a COVID-19 vaccine, and removed the option for workers and contractors to choose not to get vaccinated.

“If a federal worker fails to comply, they will go through the standard [human resources] process, which includes counseling, and face disciplinary action, face progressive disciplinary action. Each agency is going to work with employees to make sure they understand the benefits of vaccination, and how the vaccines are free, easy, and widely accessible. But it will start to be applied once the executive order is signed,” White House press secretary Jen Psaki told reporters in Washington.

Earlier this week, Raytheon CEO Gregory Hayes said the company expects to face inflation pressure in the coming years, amid a rise in the cost of raw materials and precious metals.

“The shortages out there are real, especially on the logistics side… and inflation, especially on the commodity side, is real. And we’re starting to see it on the labor side as well,” Hayes said at the Morgan Stanley Laguna Conference on Wednesday.

However, the CEO noted that the higher costs wouldn’t see price increases for customers due to Raytheon’s long-term supply agreements.