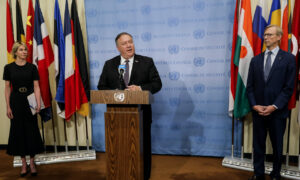 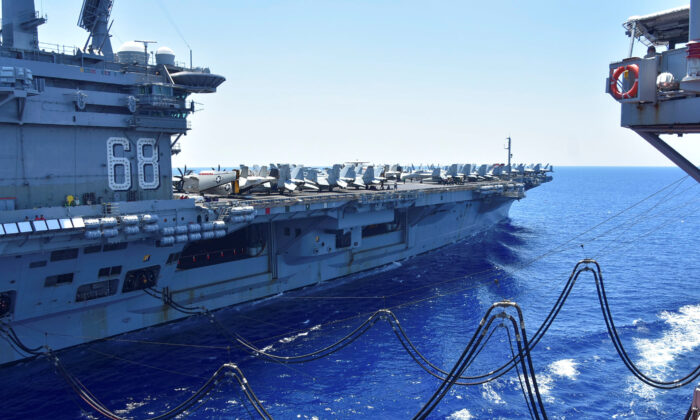 The Pentagon announced that it will be sending the USS Nimitz aircraft carrier and its strike group back to the Persian Gulf region following the death of an Iranian nuclear scientist and threats from the Iranian Islamic regime.

“This action ensures we have sufficient capability available to respond to any threat and to deter any adversary from acting against our troops during the force reduction,” the Pentagon said in a statement confirming its deployment.

Navy Cmdr. Rebecca Rebarich, a spokeswoman for the 5th Fleet, stated there is no specific threat that triggered the Department of Defense to send the Nimitz back to the Persian Gulf, according to USA Today.

Iran’s Supreme Leader Ayatollah Ali Khamenei said Fakhrizadeh was “the country’s prominent and distinguished nuclear and defensive scientist,” saying that he would carry out “definitive punishment of the perpetrators and those who ordered it.”

President Hassan Rouhani blamed Israel for the killing of the scientist.

“We will respond to the assassination of Martyr Fakhrizadeh in a proper time,” Rouhani said. “The Iranian nation is smarter than falling into the trap of the Zionists. They are thinking to create chaos.”

Analysts have said that Fakhrizadeh was Iran’s equivalent to Robert Oppenheimer, the scientist who led America’s Manhattan Project in World War II that developed the atomic bomb.

The USS Nimitz left Bremerton, Washington, in April 2020, after it was quarantined due to the CCP virus.

“We greatly appreciate the dedication of the crew of the Nimitz, who has been serving with distinction at sea since this summer,” the Pentagon also said.