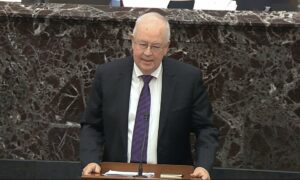 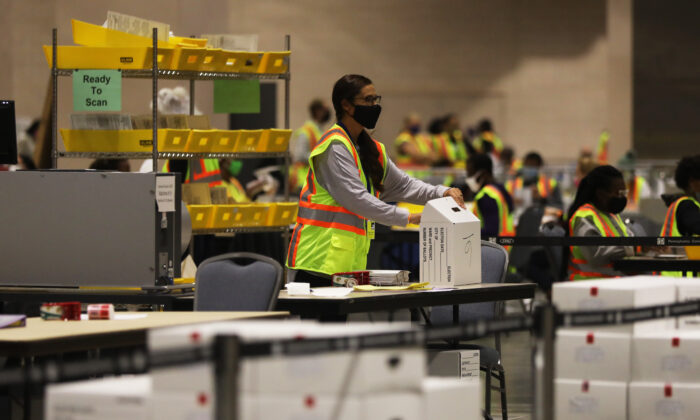 Republicans in the Pennsylvania Legislature are looking at every legal avenue that would reclaim their authority over election procedures and dispute the 2020 election results until claims of widespread fraud have been resolved.

“We’re in extraordinary times, and we’re doing an extraordinary amount of research to see what the possibilities are,” state Rep. Russ Diamond, a Republican, told The Epoch Times on Dec. 1.

“My preferred outcome is simply to make sure that Pennsylvanians know that every legal vote was accurately counted, and that the results reflect that. That’s the only thing I care about.”

The House and Senate both have issued resolutions that accuse the executive and judicial branches in Pennsylvania of usurping the legislature’s constitutional power to set the rules of the election.

However, the 2020 legislative session ended on Nov. 30 and both resolutions expired at midnight. Both are being reintroduced, but the new legislative session doesn’t begin until Jan. 7, 2021—effectively rendering the general assembly impotent until next year. It’s unclear whether either chamber has the votes to pass the resolutions, although Republicans hold the majority in both. The house resolution had 40 co-sponsors in the 12 hours it was active, but would need 102 votes to pass.

Sen. Doug Mastriano, a Republican, said he’s hoping for a declaration of suspension, which would bring the body back into session immediately.

“It really seems bizarre to me that the general assembly would push itself out of power for an entire month,” Mastriano told The Epoch Times on Dec. 1.

“The challenge is that the certification is in the hands of the secretary of state and the governor—the very same people that we have issues with. So we have a bit of a constitutional crisis here.”

Secretary of the Commonwealth Kathy Boockvar certified the state’s election results on Nov. 24.

Both resolutions assert that the judicial and executive branches unlawfully changed the rules of the election in three specific instances.

First, on Sept. 17, the Pennsylvania Supreme Court “unlawfully and unilaterally” extended the deadline by which mail ballots could be received, mandated that ballots without a postmark would be treated as timely, and allowed for ballots without a verified voter signature to be accepted, the resolution states.

And third, on Nov. 2, the secretary of the commonwealth “encouraged certain counties to notify party and candidate representatives of mail-in voters whose ballots contained defects,” the resolutions state.

Pennsylvania’s 20 Electoral College electors are currently chosen by Boockvar. However, Mastriano said the authority actually belongs to the legislature and he wants to wrest it back before Dec. 14 when electors convene in Congress to formally elect the next president.

Failing that, he said, the legislative body could technically appoint its own 20 electors and send them to Congress as well.

“That would be a showdown and a constitutional crisis, of course, that the courts would have to adjudicate on. And we do have the Constitution on our side, and that’s the beautiful thing,” Mastriano said.

“We’re not looking to overturn anything that happened fair and square. If [Democratic nominee Joe] Biden won fair and square, so be it. But the question is, in Pennsylvania, did he? And that’s all we’re trying to find out.”

If a presidential candidate fails to reach 270 electoral college votes, the winner is selected by state delegation in Congress. Each state is awarded one delegate (and one vote), who is determined by the party that has the most congressional members in that state. In this scenario, Republicans have a majority.

Mastriano and other state Republicans held a public hearing on Nov. 25 that included testimonies alleging obstruction, voter machine manipulation, and other irregularities.

The Trump campaign currently has several court cases active in Pennsylvania, including an appeal to the U.S. Supreme Court regarding the mail-in ballot deadline.

Boockvar has denied allegations of voter fraud or irregularities that would change the outcome of the 2020 election.

Both Mastriano and Diamond pointed to a 1994 case in which a federal judge invalidated a Democratic state senator’s election win—after he was sworn into office—due to fraud. An appeals court upheld the decision.

Democrat William Stinson was removed from office and replaced by Republican Bruce Marks in a north Philadelphia district.

Mastriano likens the current situation to 1775 when George Washington was appealing for God’s help while taking on a world superpower.

“We’re at this point now we’re facing so much corruption, and so much complicity as well from the mainstream media, that we really do need to pray in God to intervene on our behalf,” Mastriano said. “And we also need to act. And our acting, of course, is being involved and engaging our senators and reps and asking them what they’re going to do about this.”