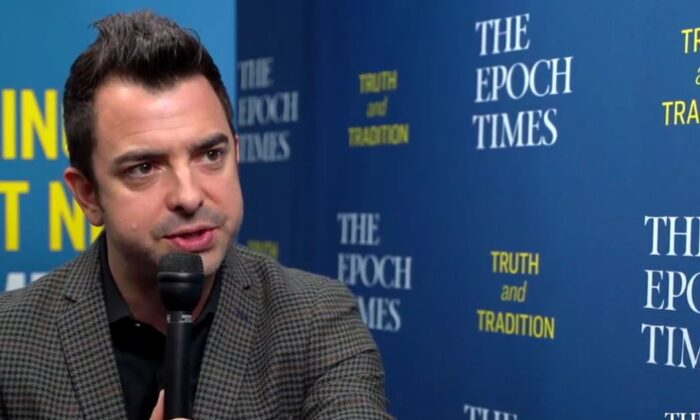 A “new Christianity” movement spreading across the United States has altered religion to fit changing standards on morality, according to Lucas Miles, pastor and author of “The Christian Left.”

Miles told EpochTV’s “Crossroads” that the growing phenomenon of churches in the United States following progressive policies and drifting from standards that they used to hold is part of a long trend that goes back several centuries.

“I think the more concerted efforts for this we see this start happening in the 1700s. There was an individual named Henri de Saint-Simon, who basically invented a religion, and he called it ‘new Christianity’ … after his death, he had some disciples that picked this up.”

Henri de Saint-Simon was a utopian socialist who considered the welfare of a country proportionate to its number of workers. He advocated the death of the rich, who he believed to be parasites.

Saint-Simon wrote that the new Christianity, or Nouveau Christianisme, encompassed the belief that “the whole of society ought to strive towards the amelioration of the moral and physical existence of the poorest class; society ought to organize itself in the way best adapted for attaining this end.”

“I actually did some work tracing this as far as [Karl] Marx being impacted by some of his thoughts,” Miles said. “It was really sort of some early critical race theory [CRT] essentially, or at least critical theory in general—that God had favorites, and that favorite was the oppressed class, you know, a lot of the same things that we hear today from Marxists and from critical theorists today.”

CRT espouses the idea that race is not natural, but socially constructed to oppress and exploit minorities, and is an offshoot of the quasi-Marxist critical theory social philosophy.

“So it’s interesting when you look back to see that … something like this has been going on for a really long time, that we are seeing a relationship between progressive thought and Christianity leading the church away from really a biblical Judeo Christian mindset,” Miles added.

Miles made reference to the arrest of pastors who held church services during the height of the COVID-19 pandemic in Canada and the United States as an example of “soft totalitarianism” creeping in.

For example, Canadian pastor James Coates was charged in February with breaking Alberta’s COVID-19 rules and refusing to comply with his conditions of release. It came after GraceLife church in Edmonton was fined CA$1,200 ($950) in December 2020 when it hosted more people than the 15 percent limit mandated by the Alberta public health measures for faith-based services.

The church was then issued a closure order in January, but Coates, the church’s pastor, continued holding services and was charged with one count of breaking the Public Health Act.