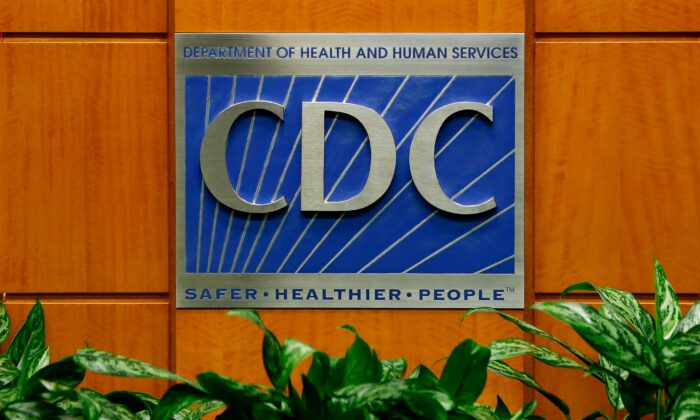 A podium with the logo for the Centers for Disease Control and Prevention at the Tom Harkin Global Communications Center in Atlanta, Ga., in a file photo. (Kevin C. Cox/Getty Images)
Vaccines & Safety

More than 10,000 COVID-19-related reports have been deleted from the U.S. Vaccine Adverse Event Reporting System (VAERS), according to Albert Benavides, a data analyst who has been analyzing VAERS data since the COVID-19 vaccines were released for public usage.

The VAERS database is an early warning system maintained by the U.S. Centers for Disease Control (CDC) and the Food and Drug Administration (FDA) used to identify vaccines that might be triggering adverse events at higher than expected rates. Anyone, including health care professionals, vaccine manufacturers, and the general public, can submit a report to VAERS.

“500 death reports have already been deleted so far to date for COVID jabs. 10,000 claims have been deleted total since the rollout for COVID. I’ve spot-checked 2,000 of those claims and I cannot find the duplicate because, in the fine print, it says ‘We delete duplicates and false reports,’” Benavides said in an interview with the Stew Peters Network published on April 28.

Deletions for COVID-19 reports are “way more” when compared to deletions of reports for other vaccines, the data analyst said.

Of the 1.2 million COVID jab records on VAERS, there are roughly 27,000 deaths, which comes to around 2 percent, he said he found in his analysis. But taking into account the fact that the 10,000 deleted COVID-19 claims include 500 death reports, the deletion rate of death reports comes in at a higher ratio of 5 percent.

“65 percent of all the COVID reports [in VAERS] are classified as the lowest level: not serious … They don’t even rise to the level of office visit, emergency, or in-patient hospital,” Benavides said. “But when you read them, there’s thousands of cardiac arrests, strokes, pulmonary embolisms … These are misclassified.”

Benavides also asserted that the CDC and FDA are responsible for the missing data from VAERS and is seeking transparency on the reason behind their deletion.

CDC and FDA did not respond to The Epoch Times’ request for comment.

Last year, a similar observation was made regarding VAERS, with some saying that the agency had deleted 6,000 death reports from the database.

However, the agency told Reuters that they had deleted the entries due to foreign reports getting combined with domestic reports.

According to the latest VAERS data dated May 13, there were 1.268 million total COVID-19 claims in the database. There were 28,141 claims of death, 52,299 reports of permanent disability, and 31,437 instances of life-threatening events.

An analysis by ABC News shows that 18.9 percent of COVID-19 deaths in August 2021 occurred among vaccinated Americans. In February 2022, this number had risen to more than 40 percent.

In September 2021, only 1.1 percent of COVID-19 deaths were among U.S. citizens who had received two doses of the vaccine as well as a booster. Five months later in February, the number surged to around 25 percent.