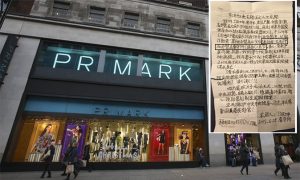 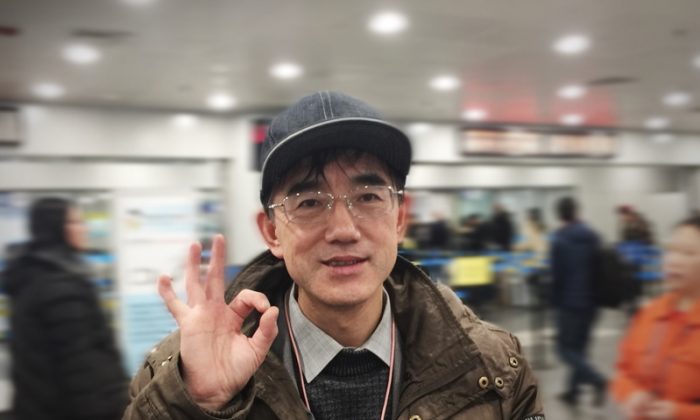 Sun Yi was anxious. The polluted haze of a December morning in Beijing blended with his uneasiness and apprehension as he approached the airport departure passport check. He knew the odds against him. At any moment the border official could tear his passport to pieces, together with his chance for freedom. The moment came, and his passport went through.

After 15 years of surveillance, slave labor, and torture, he was free.

Sun’s story resembles countless others in China. A Dalian Institute of Technology graduate from northern city of Taiyuan, Sun suddenly became an enemy of the state when the communist regime targeted his spiritual and meditation practice, Falun Dafa, for elimination.

Falun Dafa (also called Falun Gong), a practice of gentle exercises and teachings based of truthfulness, compassion, and tolerance, experienced rapidly growing popularity in 1990s China. Yet, when the regime determined that over 70 million were practicing Falun Dafa by 1999, more than the membership of the Communist Party, then-Party leader Jiang Zemin ordered Falun Gong “eradicated.”

Sun was just one among millions stripped of their jobs, thrown into prisons and labor camps, and brutally tortured in efforts to coerce them into renouncing the practice. Since 2001, he was arrested at least six times and spent four years in detention, including two and a half years in the notorious Masanjia Labor Camp in the northeastern city of Shenyang.

He could be considered among the more fortunate ones, having avoided becoming a victim of illegal organ harvesting carried out systematically in Chinese prisons. And in a rather unusual twist of fate, his voice was heard—in Damascus, Oregon.

Message in a Tombstone

It was pre-Halloween 2012 when Julie Keith unearthed a long-forgotten “Creepy 12 Piece Cemetery Kit” in her garage in Damascus.

“As I opened some of the styrofoam headstones, a note popped out. I opened the note and it was from this person pleading for help in the labor camp in China,” she said.

That person was Sun Yi.

“If you occasionally buy this product, please kindly resend this letter to the World Human Right Organization,” said his handwritten note in the English he could manage while imprisoned in Masanjia. “Thousands people here who are under the persicution [sic] of the Chinese Communist Party Government will thank and remember you forever.”

“I wasn’t sure what to do with it,” Keith said. When she Googled Masanjia, she was horrified by the stories of brutal torture and slavery coming out of the camp. She posted picture of the note on Facebook and, with help and encouragement from friends and colleagues, she caught the media’s attention.

The story took off, picked up by the Oregonian, Epoch Times, The New York Times, and CNN.

But it didn’t make Sun’s life any easier.

He had already been released from the labor camp, but his exposing the persecution was sure to attract retaliation from authorities. He managed to lay low for a few years, but in April 2016 the surveillance state caught up with him.

“Falun Gong practitioners who have been in close contact with me have been arrested,” he said.

He knew the authorities would wait for him. “I couldn’t return home.”

He was forced to remain homeless to avoid being detained again.

“In fact, since nine years back, I have been displaced many times [due to persecution],” he said.

His wife was constantly worried for him, but, to avoid surveillance, he could barely make contact with her. Phones were out of the question. Sometimes he slipped through a vague message to her online.

“We couldn’t chat and communicate feelings like the normal couples,” he said.

Then on Nov. 29, 2016, he was detained while preparing to attend the hearing of another Falun Gong practitioner at the Beijing Tongzhou Court. Yet, four days later, he was released “for physical reasons.”

That’s when he decided to leave the country. But that’s easier said than done.

“If you are on their blacklist, you may be banned from leaving China,” he said. Often, people have managed to slip through the bureaucratic cracks. However, the risk is great—one can’t know for sure until one hands the passport over to the border officer before boarding a plane.

But Sun slipped through. And on March 7, in Jakarta, he met Julie Keith, as a free man.

“I have successfully escaped the cage that is China,” he said. “But I’m thinking about fellow [Falun Gong] practitioners who have been sentenced, are about to be sentenced, or are still imprisoned.”