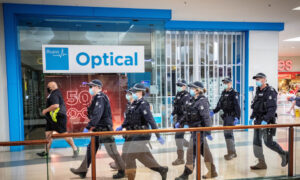 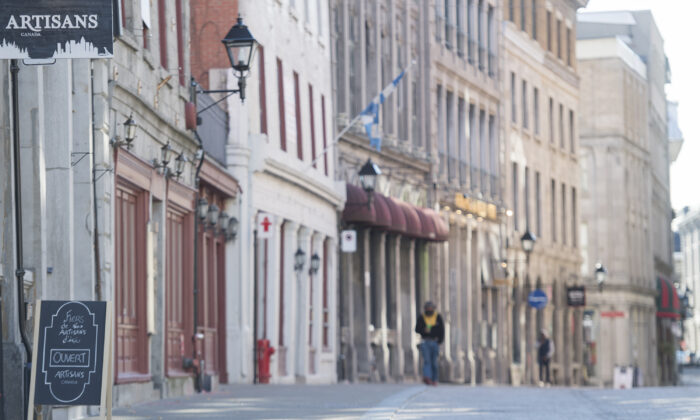 An increasing number of doctors and medical professionals are joining forces to alert policy makers that lockdowns do more harm than good, saying other measures to deal with the pandemic should be adopted.

“We in the World Health Organization do not advocate lockdowns as the primary means of control of this virus,” David Nabarro told The Spectator in an interview aired on Oct. 9. “The only time we believe a lockdown is justified is to buy you time to reorganize, regroup, rebalance your resources, protect your health workers who are exhausted. But by and large, we’d rather not do it.”

“This is a terrible, ghastly global catastrophe, actually,” he said. “And so we really do appeal to all world leaders: Stop using lockdown as your primary control method, develop better systems for doing it, work together and learn from each other. But remember—lockdowns just have one consequence that you must never ever belittle, and that is making poor people an awful lot poorer.”

On Oct. 4, three epidemiologists from Harvard, Oxford, and Stanford co-authored a declaration dubbed the Great Barrington Declaration, after the Massachusetts town where it was authored, saying lockdowns are causing “irreparable damage.”

“Coming from both the left and right, and around the world, we have devoted our careers to protecting people. Current lockdown policies are producing devastating effects on short- and long-term public health,” says the declaration, which has also faced opposition by some members of the medical community.

It adds that “keeping students out of school is a grave injustice.”

The trio have asked other medical professionals, as well as members of the public, to also put their name to the declaration in an online petition. The names of 35 other doctors and professors are posted at the bottom of the declaration, including Michael Levitt, biophysicist and professor at Stanford University who won the 2013 Nobel Prize in Chemistry.

As of Oct. 14, a counter on the website shows that over 25,000 medical practitioners, around 9,500 public health scientists, and more than 440,000 members of the general public have signed the declaration.

The petition requires signatories to provide their full name, city, country, zip or postal code, and email, as well as declare if they are signing as a citizen, medical practitioner, or a medical and health scientist.  Some media have raised questions about the validity of some of the signatures, saying they have spotted some using fake names on the petition. The Epoch Times could not verify the status of the signatories. The petition website now says the list of signatories will be made available once it has been verified and approved. The creators of the petition could not be immediately reached for comment.

The signing doctors say that instead of imposing strict lockdowns until a vaccine is available, focus should be on minimizing mortality and social harm until herd immunity is reached. This is when most of a population becomes immune to an infectious disease, thus providing indirect protection to those who are not immune.

Measures to protect the vulnerable population, the declaration says, can include examples such as minimizing staff rotations at nursing homes, delivering groceries and other essentials to retired people living at home, and having the elderly meet family members outside rather than inside when possible. Meanwhile, everyone should take simple hygiene measures such as hand-washing and staying home when sick to reduce the herd immunity threshold, the doctors say.

But young, low-risk adults should be allowed to work normally rather than from home, schools should be opened for in-person teaching, and extracurricular activities such as sports should be resumed, the declaration says.

“Arts, music, sport, and other cultural activities should resume. People who are more at risk may participate if they wish, while society as a whole enjoys the protection conferred upon the vulnerable by those who have built up herd immunity,” says the declaration.

Dr. Neil Rau, a medical doctor and assistant professor at the department of medicine at the University of Toronto, says he supports the declaration, adding that lockdowns can lead to “harsh socioeconomic consequences.”

“I personally think that herd immunity is inevitable, rather than a strategy,” Rau told The Epoch Times.

“We need to do a … good job of testing and chasing down cases in closed or vulnerable group settings such as long-term care [homes],” he said.

The declaration, however, also has its critics.

Dr. Robert Lechler, president of the London-based Academy of Medical Sciences, criticized the declaration for not acknowledging that “managing the virus is a near-impossible balancing act.”

“The idea of selective protection of the elderly and vulnerable is unethical and simply not possible, as there is no way to sustainably protect such a large group of people without imposing huge risks to their mental and physical health,” he said.

“Yes, the elderly are significantly more likely to get seriously ill from the virus, but we have seen grave impacts across all age groups.”

Dr. Irfan Dhalla, a general internist and a vice-president at Unity Health which operates two hospitals in Toronto, told the National Post that herd immunity can’t be reached “without a massive loss of life or a vaccine.”

In late September, a group of 20 doctors wrote to Ontario Premier Doug Ford arguing against a return to lockdowns amid a rise in COVID-19 cases.

“Lockdowns have been shown not to eliminate the virus,” said their letter, republished in the National Post.

The doctors, who include professors of medicine from the University of Toronto, McMaster University, and the University of Ottawa, as well as different hospitals, say lockdowns slow the spread of the virus only as long as they’re in place.

The doctors say the recent increases in cases in Ontario are in people under 60, who are unlikely to become very ill as a result of being infected with COVID-19. While those over 60 accounted for more than half of the cases during the peak of the pandemic in the province in mid-April, now they only account for less than 15 percent of the cases.

The doctors say officials should take the costs of lockdowns into consideration. This includes the negative health effects, such as the 40 percent rise in overdoses in some jurisdictions, cancelled surgeries, delayed diagnosis for cancer patients, and school closures.

Meanwhile, a study published in the British Medical Journal on Oct. 7 says while initial restrictions were effective at reducing the burden in intensive care units in U.K. hospitals, maintaining the lockdowns would prolong the pandemic and increase the number of deaths.