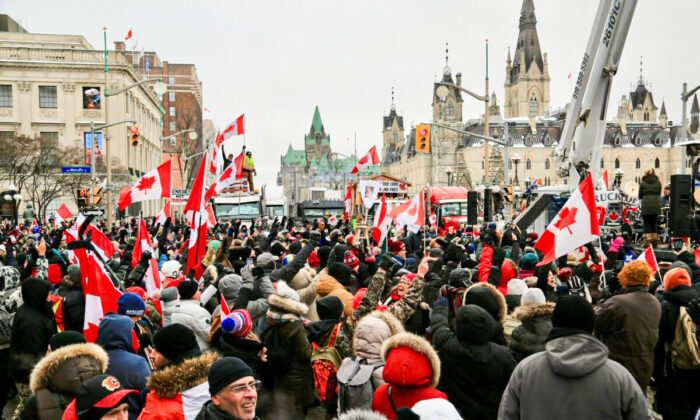 The government of the province of Ontario in Canada on Thursday successfully sought a court order to freeze over US$8 million in funds made to the Freedom Convoy on the GiveSendGo platform.

The Ontario Superior Court of Justice ordered that all donations made through the “Freedom Convoy 2022” and “Adopt a trucker” campaigns on the Christian fundraising platform be frozen until further notice, according to a statement from Premier Doug Ford’s office.

Ivana Yelich, spokesperson for the premier, said the order “binds any and all parties with possession or control over these donations.”

In a statement on Twitter, GiveSendGo wrote in an apparent response to the court order, “Know this! Canada has absolutely ZERO jurisdiction over how we manage our funds here at GiveSendGo.”

It adds, “All funds for EVERY campaign on GiveSendGo flow directly to the recipients of those campaigns, not least of which is The Freedom Convoy campaign.”

The protest started in late January as a demonstration by truckers against the federal government’s requirement for cross-border truck drivers to be vaccinated, but has since evolved into a large movement joined by people from across Canada to oppose different COVID-19 mandates and restrictions.

Protesters in Ottawa say they won’t leave until the government lifts COVID-19 mandates.

Several U.S. Republicans subsequently raised concerns about GoFundMe’s removal of the funds for the trucker protest.